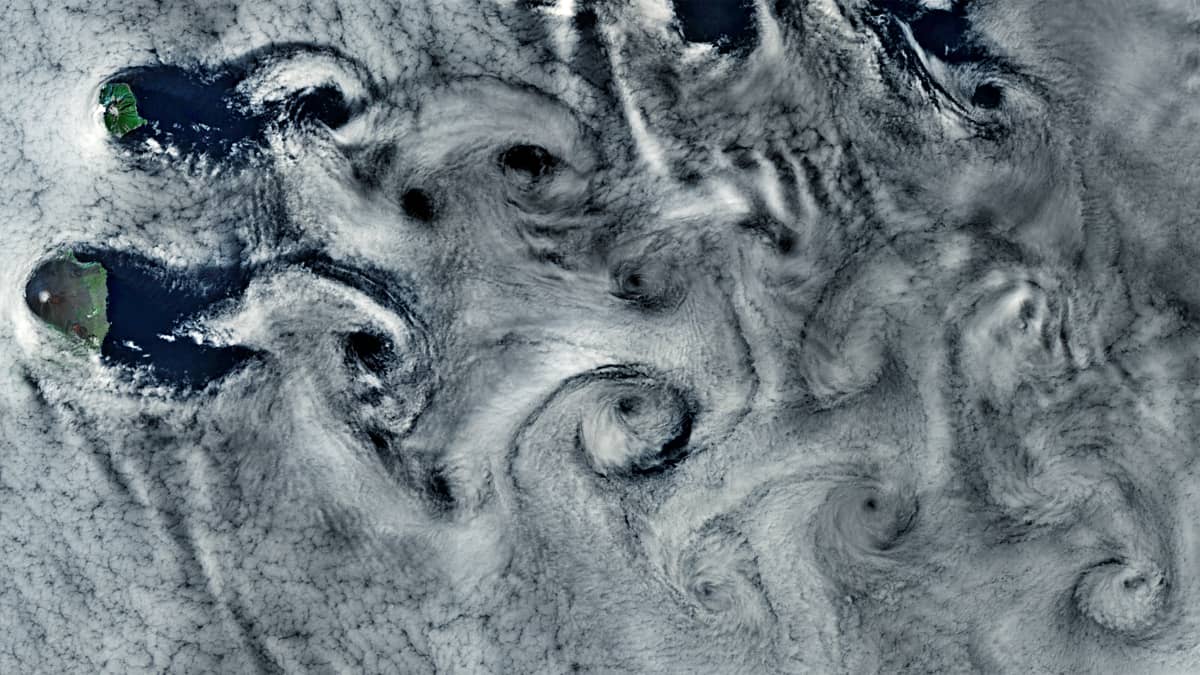 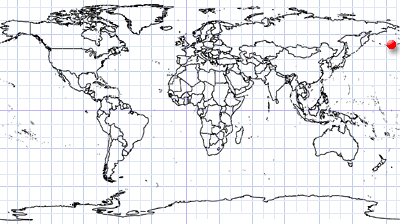 Several cloud structures called the “Karman Vortex” can be seen in the satellite images covering the Aleutian Islands in the Bering Sea. The clouds of this structure look like a set of organized turbulences within the layer of “Close Cells” . Each swirl rotates clockwise (as seen from above)  on the left side of the cloud street and counter clockwise on the right side.

This structure is usually formed above the sea surface when the temperature of the cold air gradually rises. This leads to a strong flowing continuous wind blowing in the lower level of the atmosphere. If  a significant barrier occurs in the wind direction (normally a hilly island) whose summit rises slightly higher than the cloud top height of the surrounding cloud layer, a turbulence street can form.

The presented satellite images of Sentinel-3 OLCI and Sentinel-2 show the same scene with a time difference of about half an hour (of course, S-2 shows only a small section compared to the S-3 image). Both images show several of the above described structures  of different sizes. It is a rather rare situation for this region, that the weather is stable, and the cloud cover is single-layered, which makes it possible to observe vortices from above. 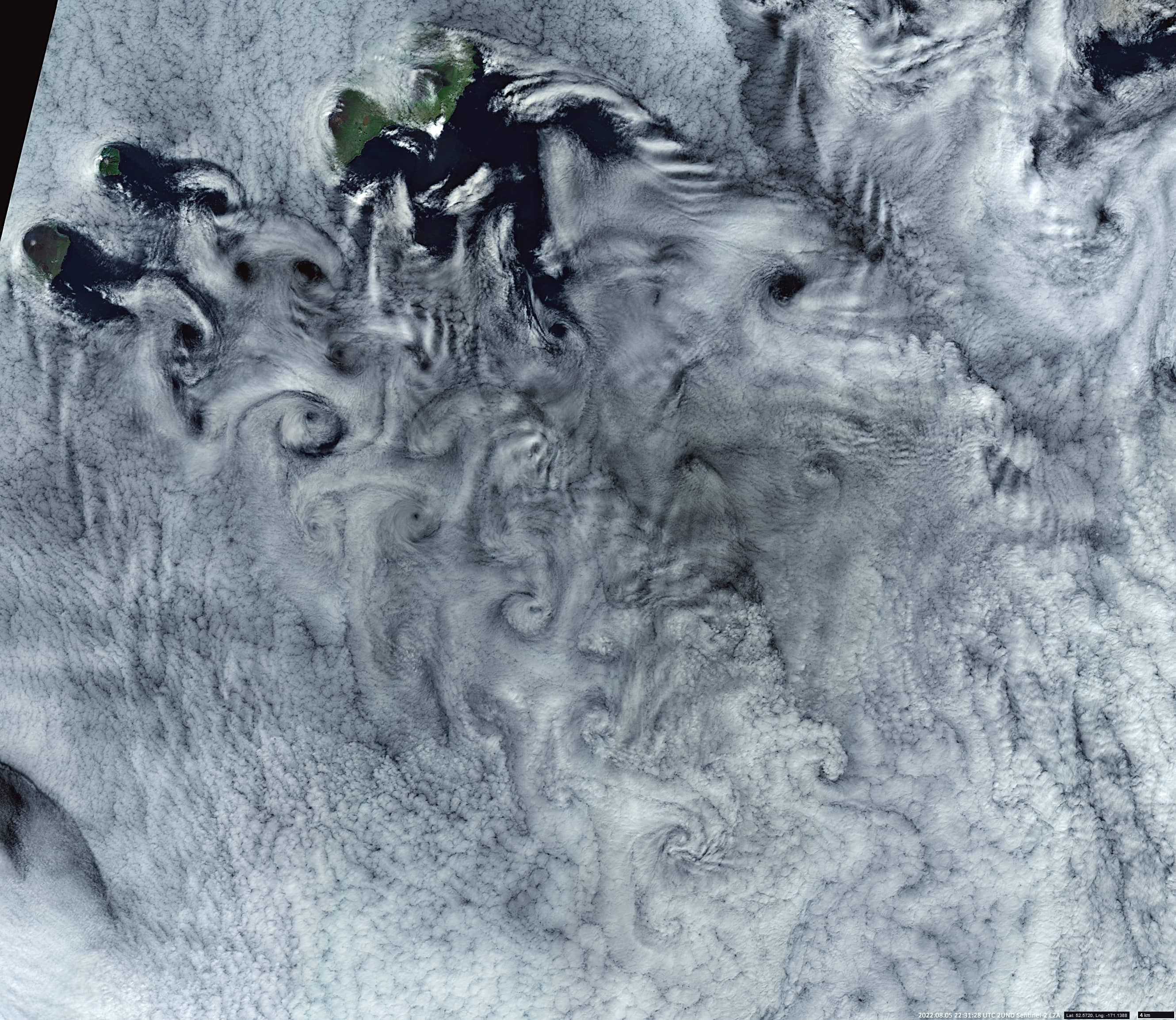 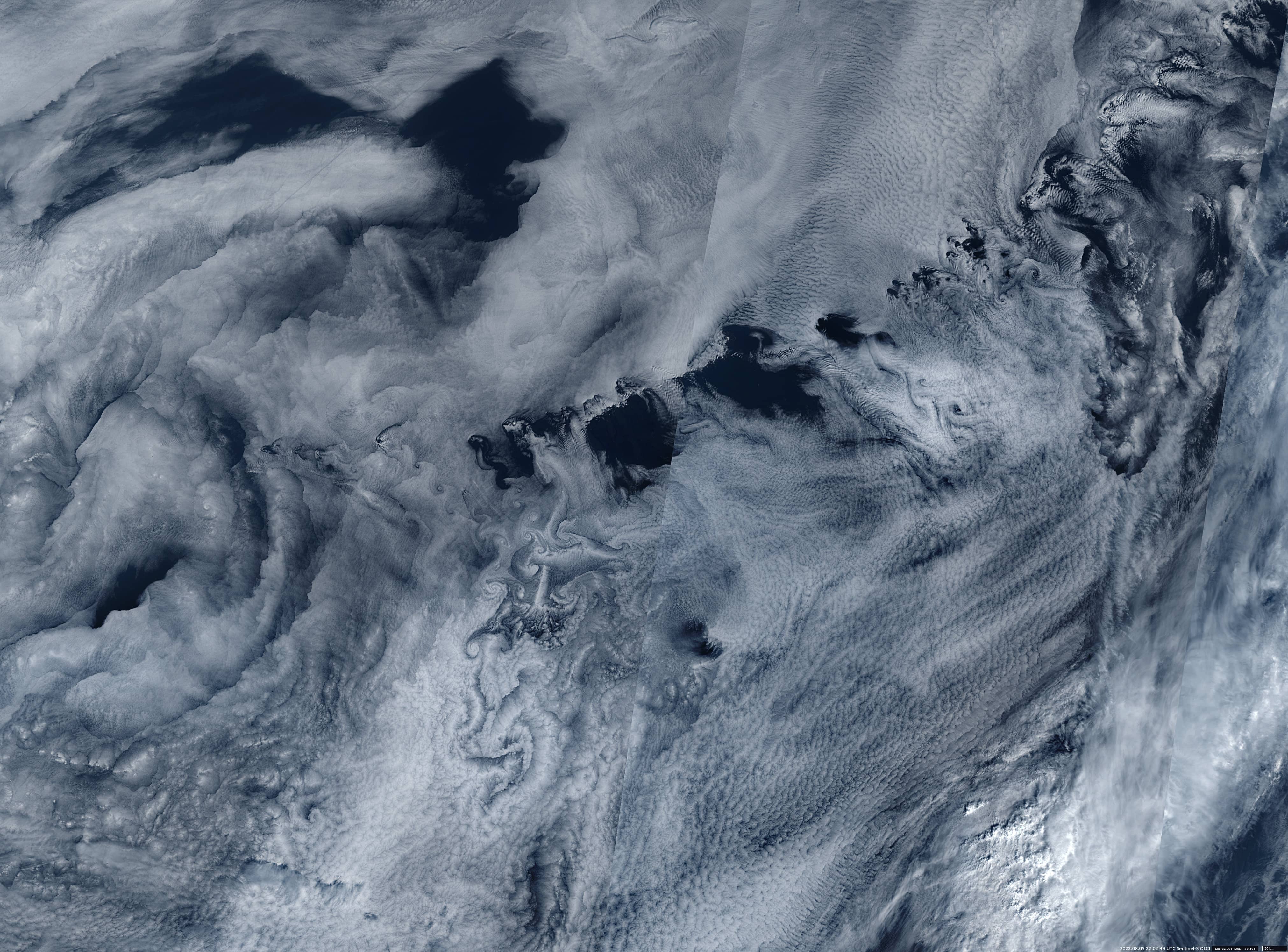