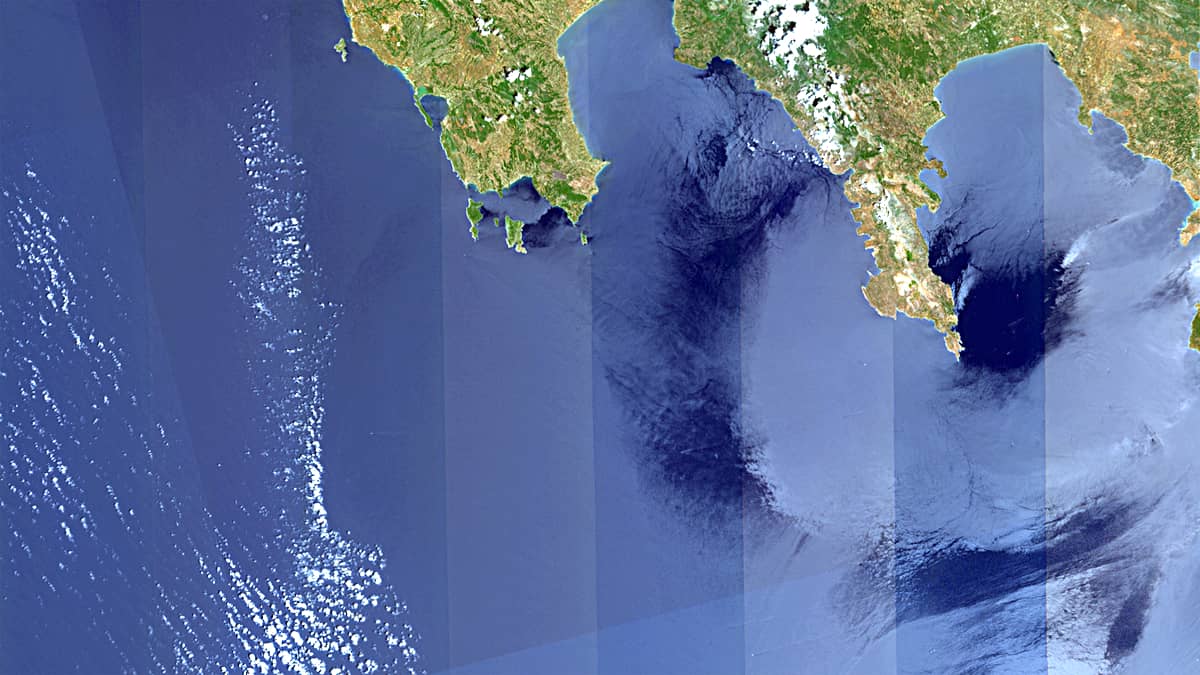 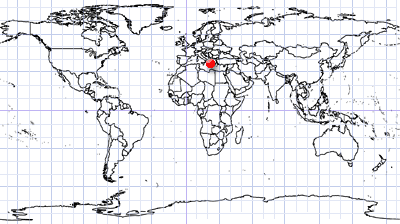 If the atmosphere is transparent, the movement of air masses can be deduced from markers, such as  clouds  aerosols or – over water surfaces also from waves.  In general, SAR images are best suited to detect waves and currents, but in optical data, the spatial variation of the waves (amplitude and frequency) can be observed in sun glint areas. The MSI sensor onboard of Sentinel-2 detects the  glint under certain geometry and wind conditions.

The given image  shows an unusual phenomenon: the waves on the surface of the sea in a wheel-shaped area (1.317 km wide, inner radius = 37÷43km ) and in its centre/axis (axis radius = 9 km) differ sharply from the surroundings as well as from a wide ring inside the wheel itself.

Does this phenomenon represent a “projection” of a “closed convective air cell” on the surface of the water, when the air rises in its centre, reaches a certain height, spreads, while cooling, in the direction from the centre to periphery, and sinks again down to the surface? In this case, the observed structure would be an analogue of the mechanism for the formation of a “Close Cell” or “Cloud arc” cloud structure, but without the presence of clouds. 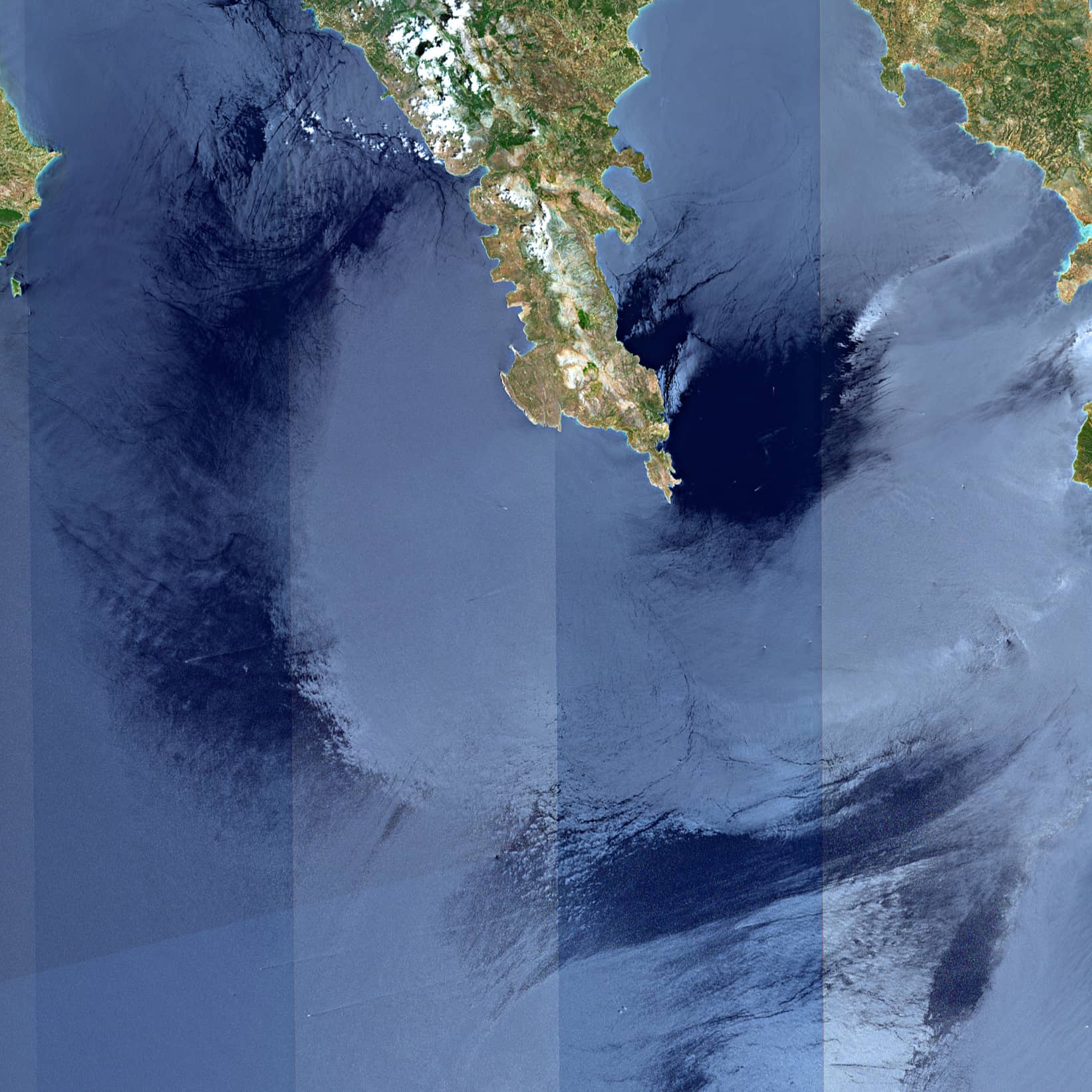 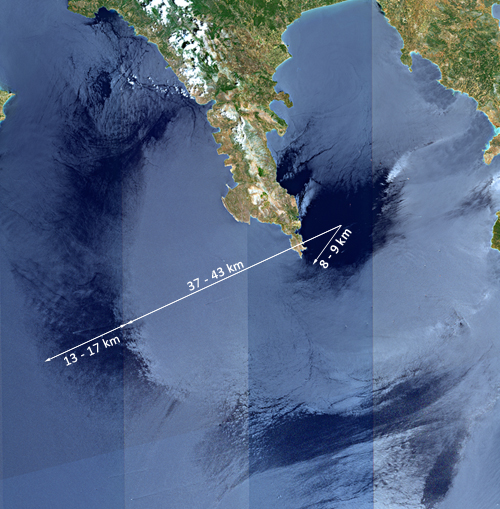 Algal bloom in the Baltic Sea