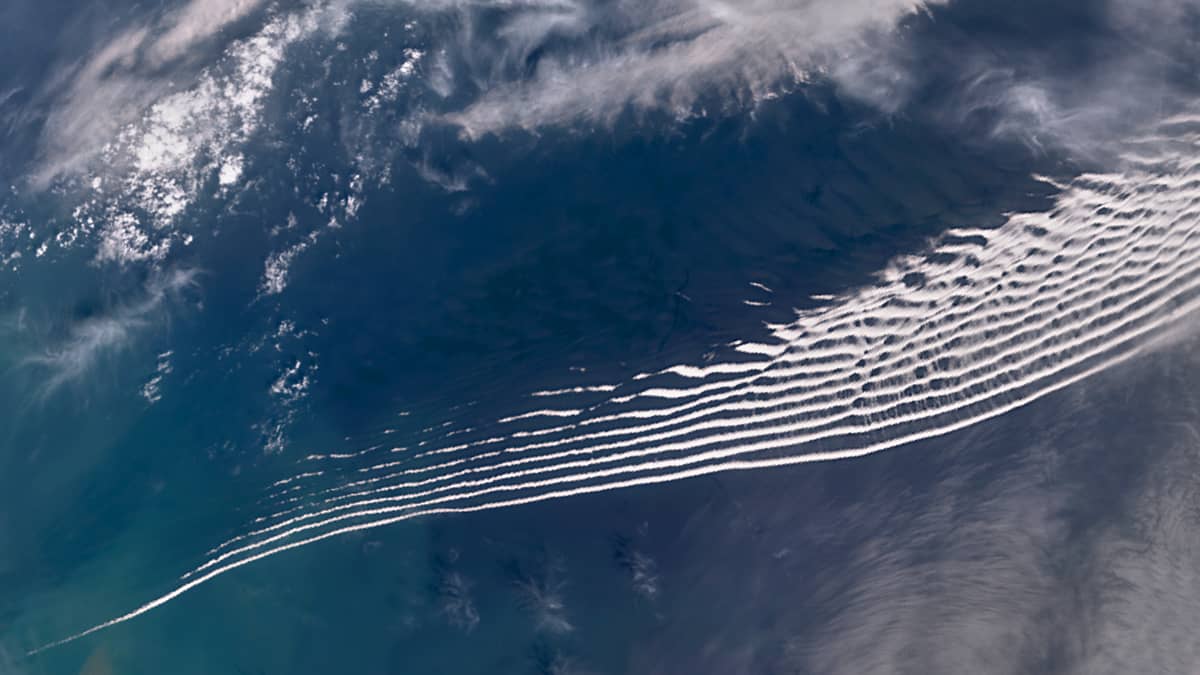 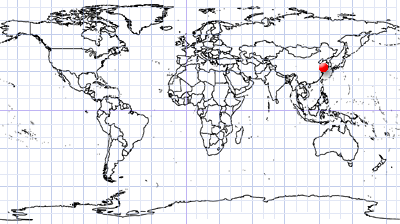 Internal gravity waves are waves within the oceans or Earth’s atmosphere, which arise when stable equilibrium is perturbed, and the forces of gravity or buoyancy try to restore equilibrium.

Above sea gravity waves can reach up to several hundred kilometres of length. They are formed in a layer, which normally locates at a 2-5 km altitude above certain geographical regions. This Sentinel-2 image shows a cloud structure over the Yellow Sea, stretching from the coast of Korea at Seosan-si to the coast of China at Yangcheng City. It is about 650 km long and up to 50 km wide at its widest part.

Gravity wave clouds above the water surface are not often observed as they require a specific setting of the atmosphere. A reason for the structure to form over water surfaces is the presence of a stable, steady thin air layer in terms of density, in which the air temperature does not change very much with height. Possible air disturbance in the stable layer can cause the wave structure, along the border between the stable and framing layers. If air in the stable layer is humid enough, clouds emerge where air rises and cools. When air falls to the wave trough, then clouds evaporate. Disturbances can be caused by an obstacle on Earth’s surface, e.g., an island. When the air masses are pushed over an island a denser air layer is pushed into the stable less dense air layer.

The cloud structure over the Yellow Sea shows the rarity of the presence of regularly spaced transverse “bridges” between the wave fronts. This indicates the possible presence of transverse atmosphere waves in 3-6 km thick gaps between the crests of gravity waves. 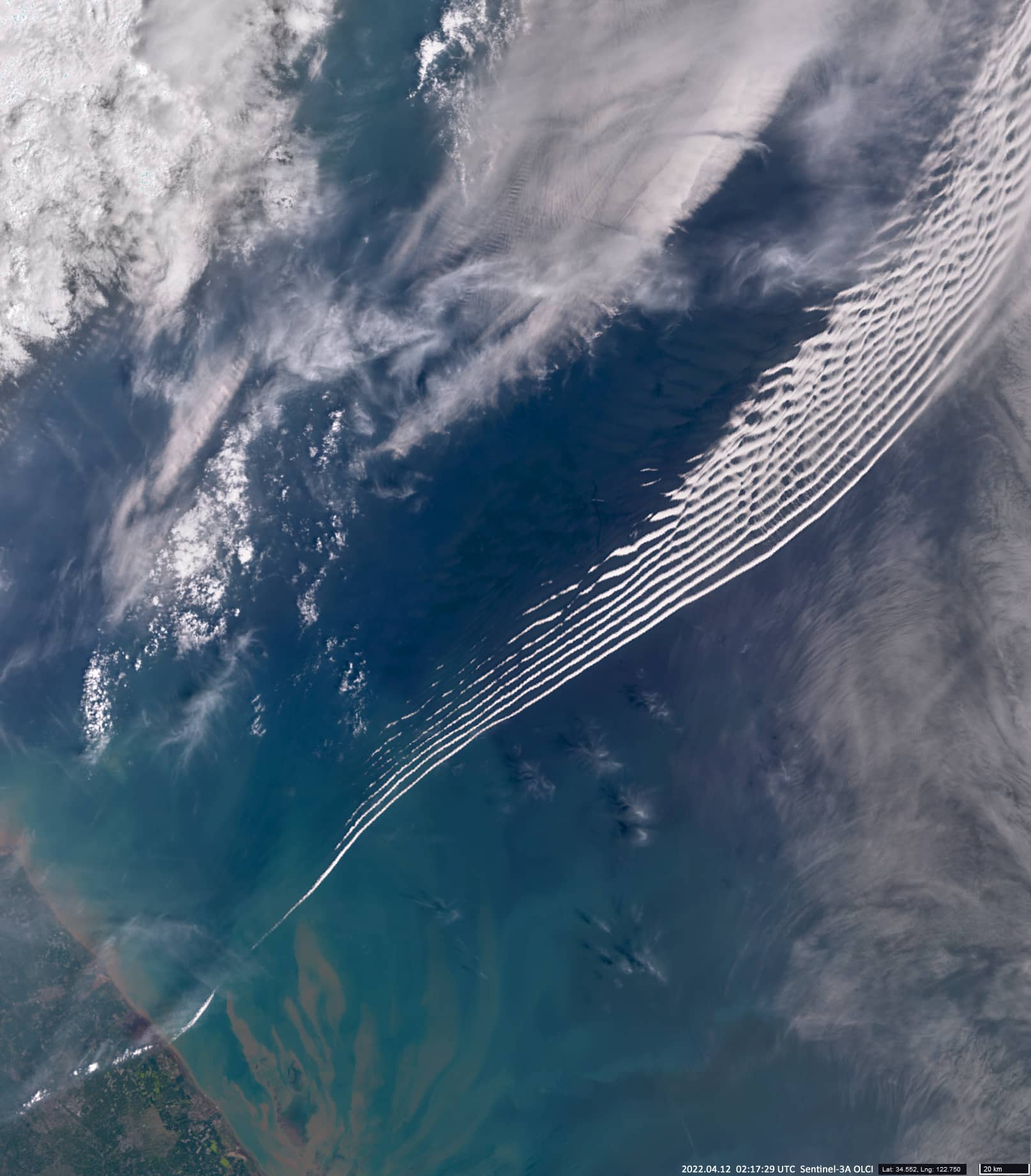