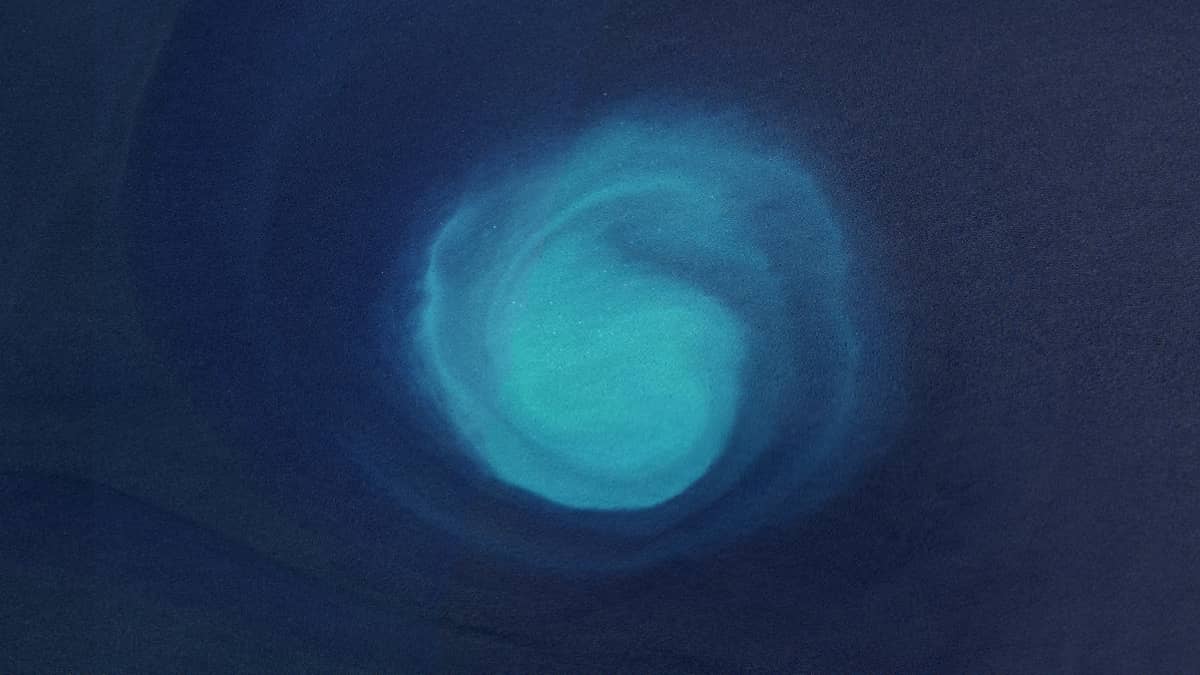 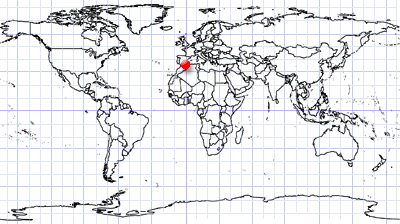 A persistent feature of the Alborán Sea is the presence of the Western and Eastern Alborán Gyres, anti- and cyclonic recirculation respectively, bounded by the Atlantic Jet to the north and the Moroccan coast to the south.

An interesting structure in the image shown is a “cyclonic”-oriented vortex (10 km in diameter) detached from the coastal waters. At the moment of acquisition, the vortex was about 38 – 40 km from the Cape Three Forks (Cabo de Tres Forcas, رأس الشوكات الثلاث). Judging by the position of the vortex, it was probably picked up by the Eastern Gyre. 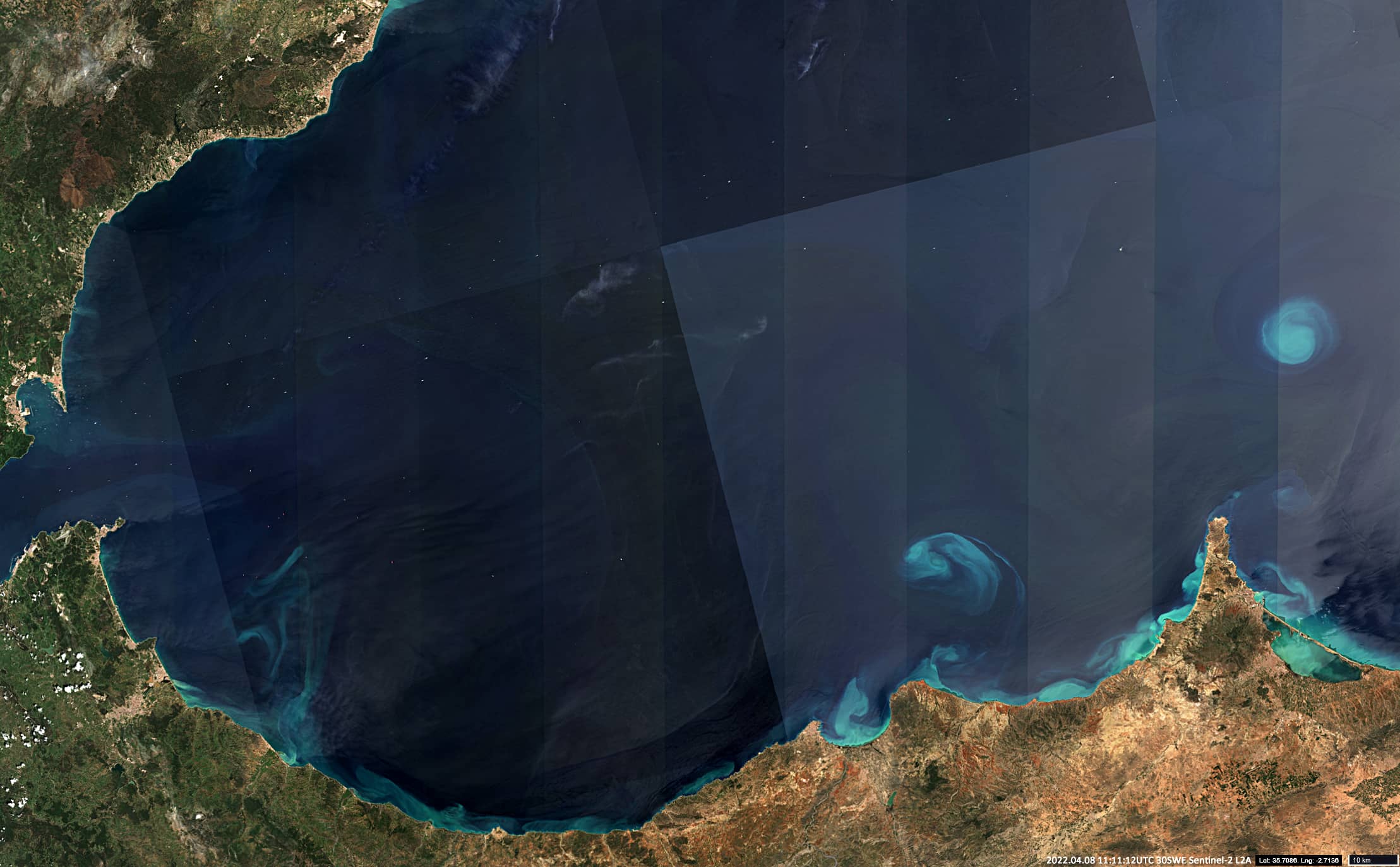 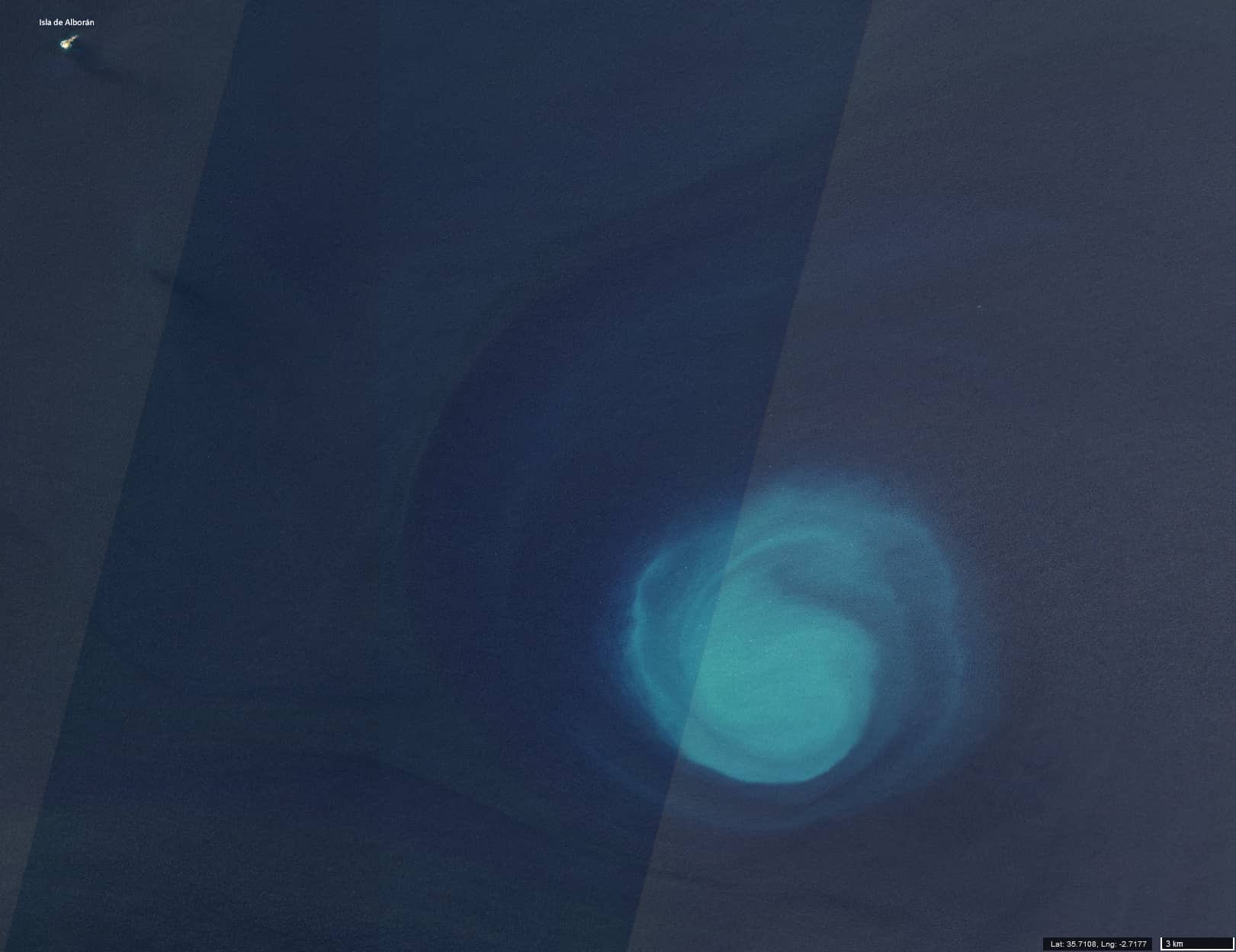