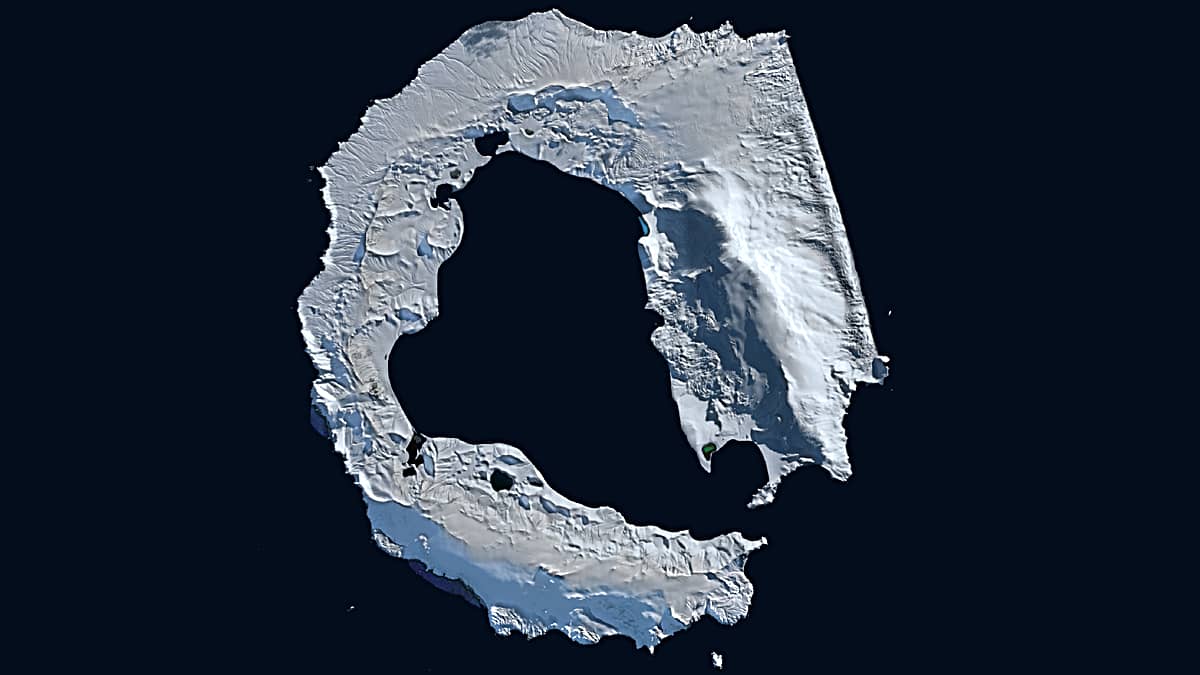 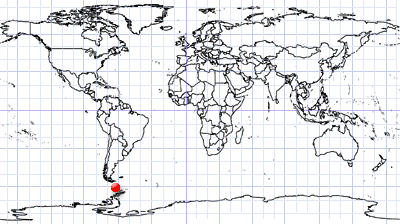 Deception Island is the exposed portion of an active shield volcano in the Southern Hemisphere close to the Antarctic Peninsula.

The caldera of the volcano rises above the water in a rough circular and horseshoe-shape, with a maximum diameter around 15 km. The entire shield volcano itself measures about 30 km in diameter. The centre of the island has been flooded by the sea forming a large bay. This bay is called Port Foster and up to 170 m deep. The bays entrance is quite narrow, it is only 500 m wide.

In recent times the island held a whaling station. Today there are Argentinean and Spanish scientific stations on the island, which are inhabited only during summer.

Deception Island is scientifically extremely interesting because it accommodates some wildly varying microclimates. For example, near volcanic areas, the water temperature can reach up to 70°C. A more comfortable temperature for bathing can be found in  the hot springs on the shores of Port Foster Bay. Due to spectacular nature and the abandoned whaling station the island evolved into a popular tourist destination. 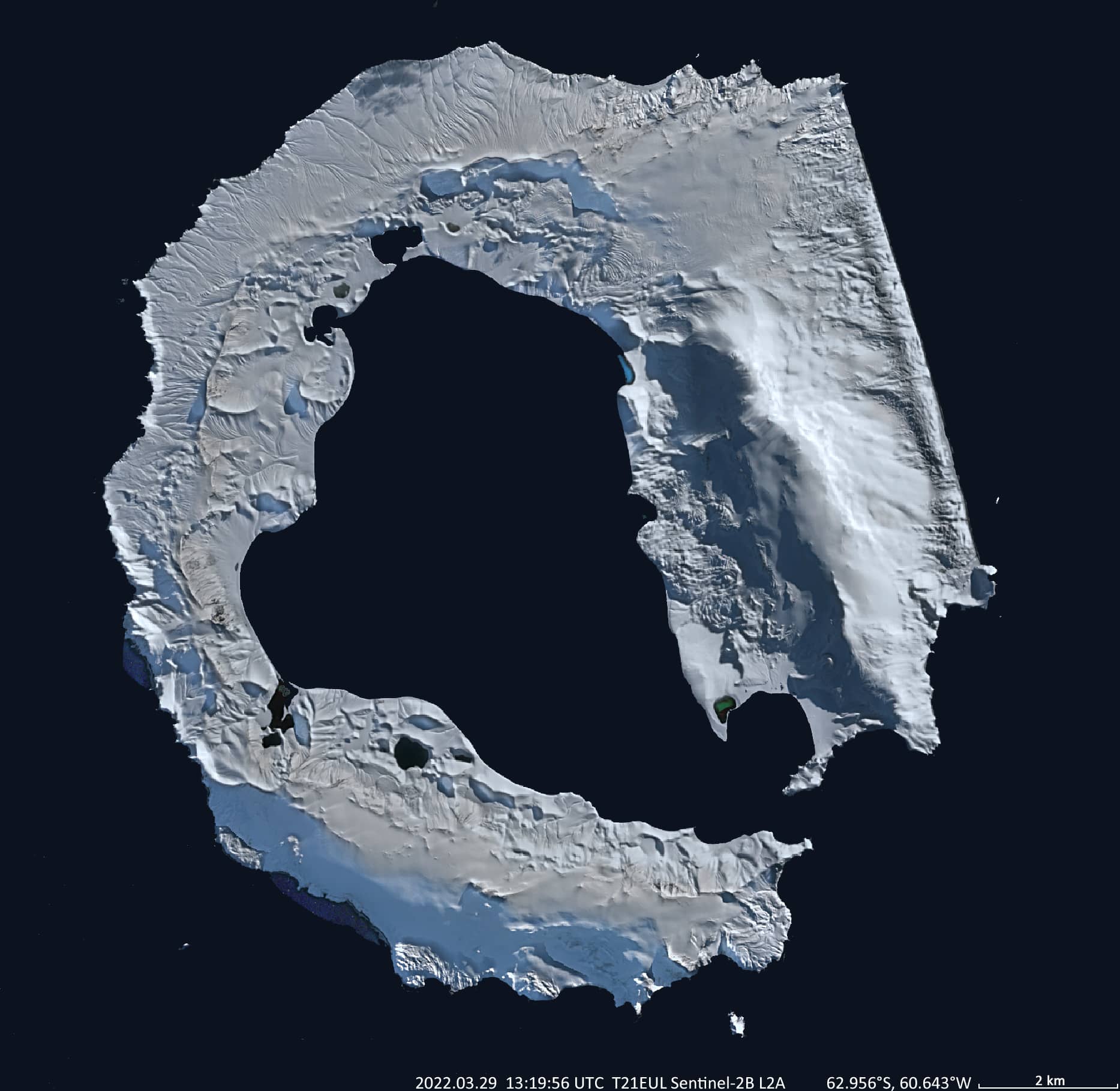