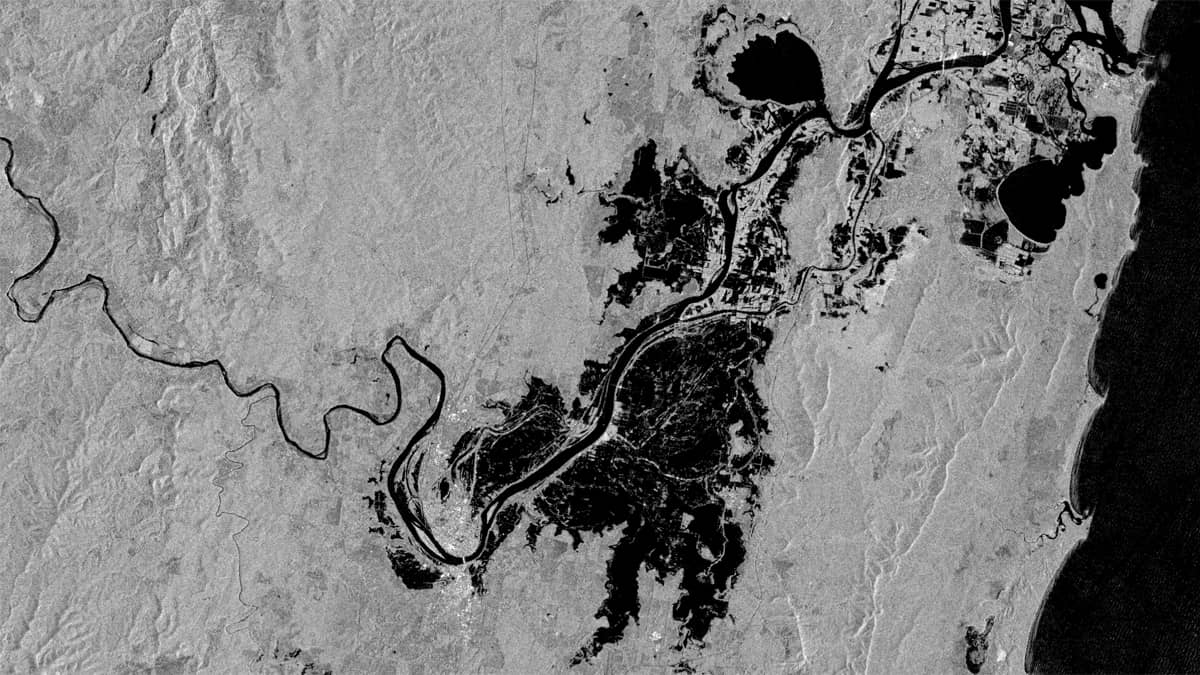 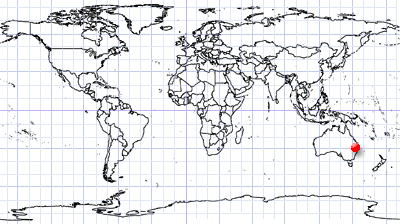 For the second year in a row, the summer on Australia’s east coast was dominated by the La Niña climate pattern, which is usually accompanied by heavier rainfall. Rainfall records for February were broken in several regions as rain fell relentlessly. In the three days to 28 February, 676.8 millimetres of rain fell in Greater Brisbane, the highest three-day amount ever recorded in Brisbane.
This rainfall was caused by an area of low pressure over the Coral Sea and the south coast of Queensland. The cold air moved towards the continent, allowing moisture from the ocean to rise and fall as rain. These heavy rains caused the “Floods in Eastern Australia 2022”, which led to destruction and casualties among the population.
The Sentinel-3 satellite image shows a large area of dense cloud cover which were the source of the heavy rain falls.
Two Sentinel-1 radar images show the condition of these regions before (February 23rd) and after the passage (March 2nd) of the low-pressure system that brought the precipitation. The dark spots in the images indicate water (rivers, lakes, floodplains and ocean). 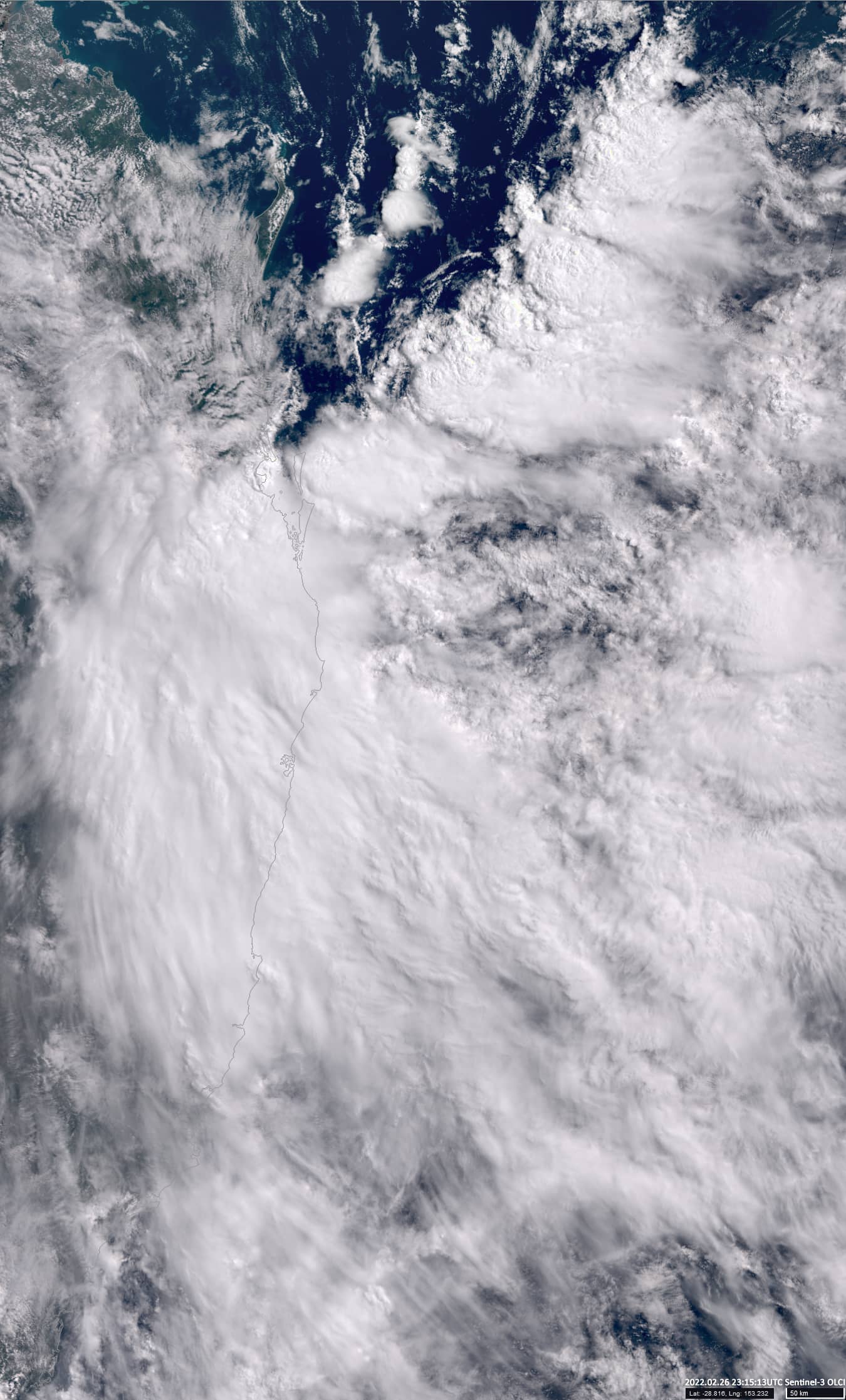