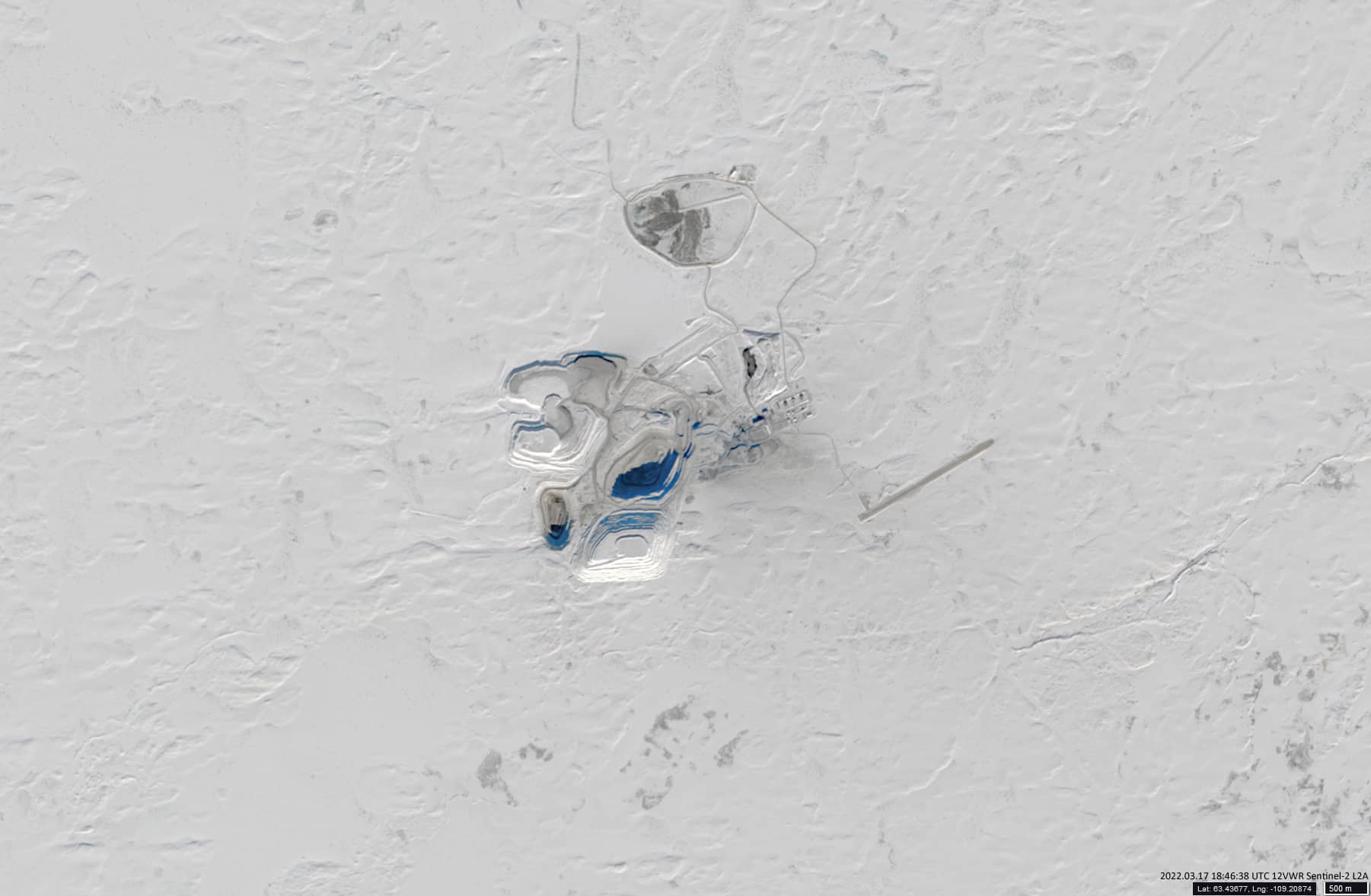 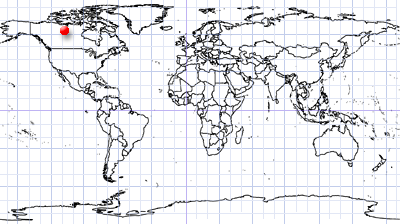 The Gahcho Kué Diamond Mine

The Gahcho Kué Diamond Mine is located in the Canadian tundra in the Northwest Territories. The mine, which officially opened in 2016, is located at Lake Kennady, in the Akaitcho Treaty 8 Territory claim block, which is 280 km northeast of the city of Yellowknife. Gahcho Kué is an open pit operation, making use of a cluster of five kimberlitic volcanic pipes that lie below Lake Kennady. Kimberlite is an igneous rock, which sometimes contains diamonds. Gahcho Kué Diamond Mine is the fourth diamond mine in the Northwest Territories and is designed to produce approximately 4.5 million carats per annum over its projected lifetime. The site is served by Gahcho Kué Aerodrome, which has an ice runway in winter as seen in the bottom right of the satellite image below.