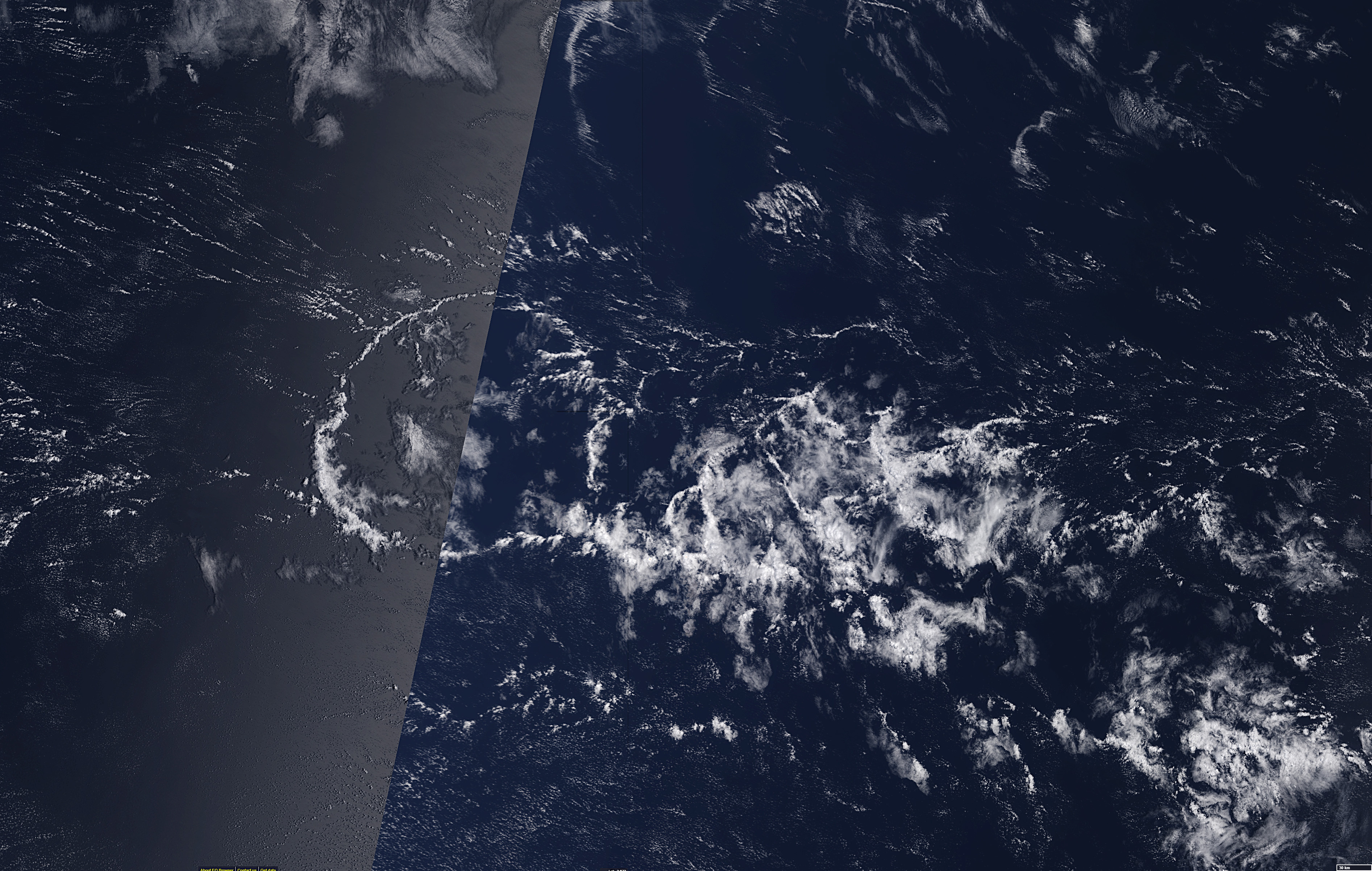 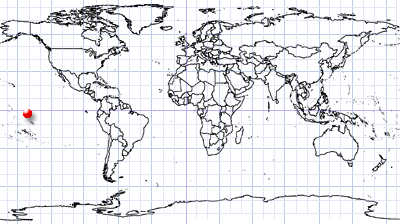 In the satellite image shown here, composed of two successive Sentinel-3 OLCI orbits, a cloud structure called “Cloud Arc” can be observed. In the centre of the very narrow circle belts of cumulus and stratocumulus there is a cloud mass with a higher altitude. Such structures can be discovered over the ocean in the equatorial regions. The structure in the image has a huge size of ca. 230 x 200 km. The whole island of Jamaica would fit into it almost two and a half times.

This phenomenon is a single object which arose from a process briefly described in the following: While air rises into an inversion layer, it spreads horizontally in all directions until it finally cools down and starts to sink back down towards the sea surface. This process pushes all existing small cumulus clouds away from the central region of convection. Therefore the area within the circle is kept cloudless and a circumferential ring of clouds becomes visible.

More details about this type of structure can be found here.