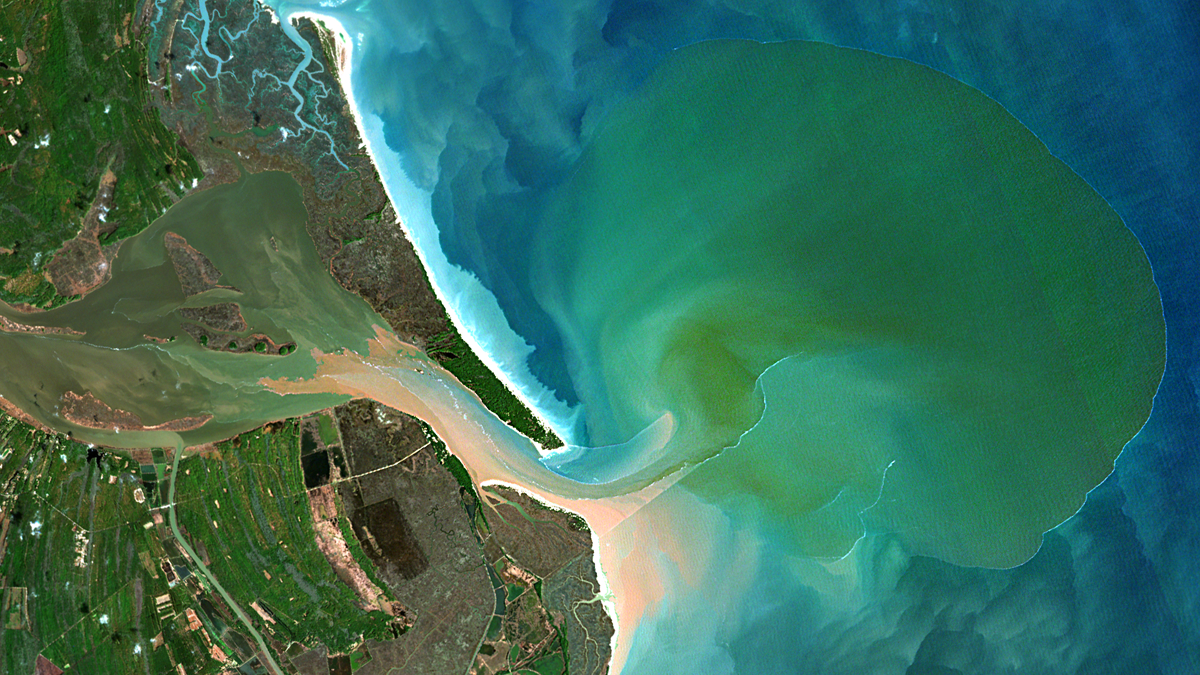 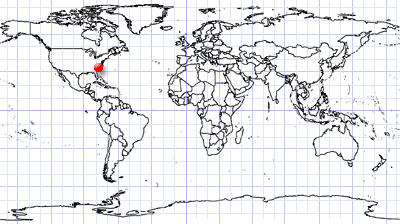 Waccamaw, Pee Dee, Black, and Sampit are slow-moving rivers that run through forested swamps (so-called blackwater rivers) and empty into Winyah Bay, an estuary in eastern South Carolina, U.S.A. They all flow through places rich in decaying vegetation and other organic matter that turn these rivers brown and yellow through the seeping of tannins, phenols, and humid acids into the water. Interesting fact: the high acidity and the presence of certain phenols have antibacterial properties.

The outpouring of large masses of water from these rivers into the Atlantic Ocean (33.2°N, 78.9°W) usually occurs after heavy rainfall. Rapidly increasing volumes of fresh water do not have time to quickly dissolve into salty sea water, so the river plume forms a “bubble” with a clearly pronounced colour, different from the surrounding water, and with a clear boundary – the waterfront. This situation is captured in the image shown. 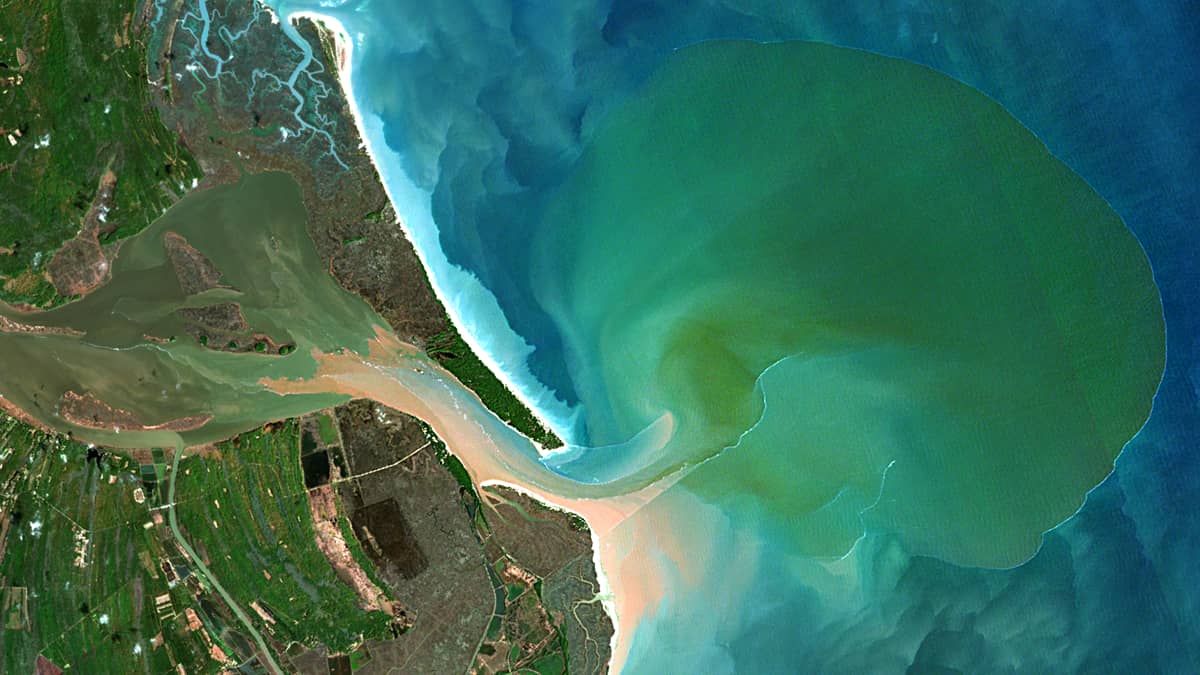