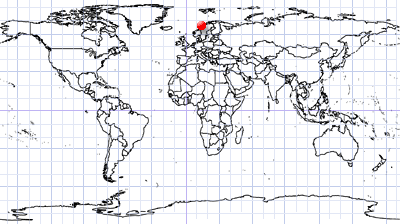 In these December days, beyond the Arctic Circle (66.5°N), the polar night sets in, which does not necessarily mean complete darkness throughout the day, but also twilight. Its main feature is that the sun does not rise above the horizon. At that moment, while moving along the ecliptic, the sun reaches the furthest position from the celestial equator to the world’s South Pole. An astronomical winter has arrived in the planet’s northern hemisphere.

A satellite image acquired by the Sentinel-3 SLSTR shows part of Scandinavia (67°N, 14°E) covered by pink clouds lit from the south by the low sun. A part of the Norwegian coast of the region between latitudes 65°N and 69°N was cloud-free at twilight and therefore visible. 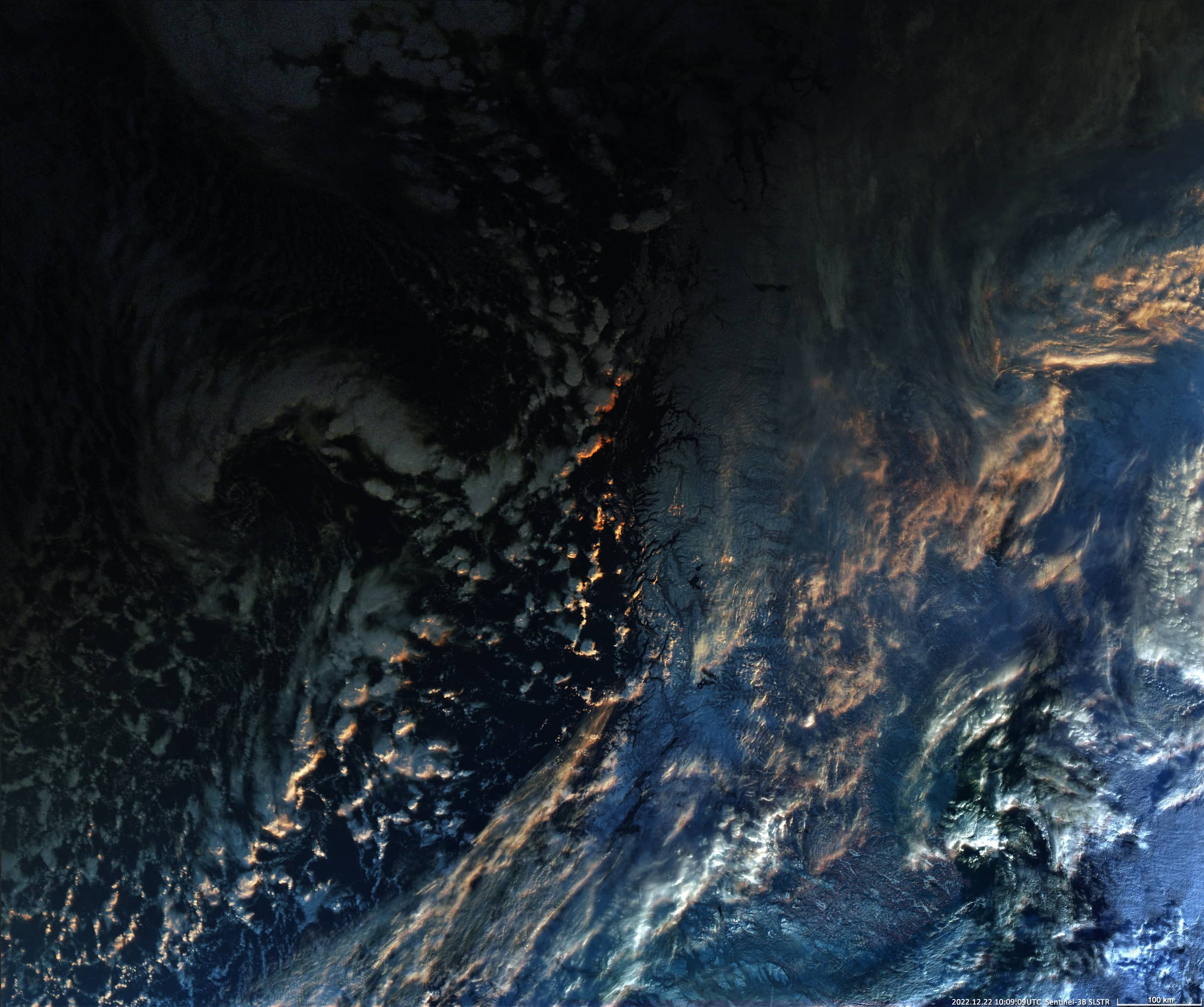