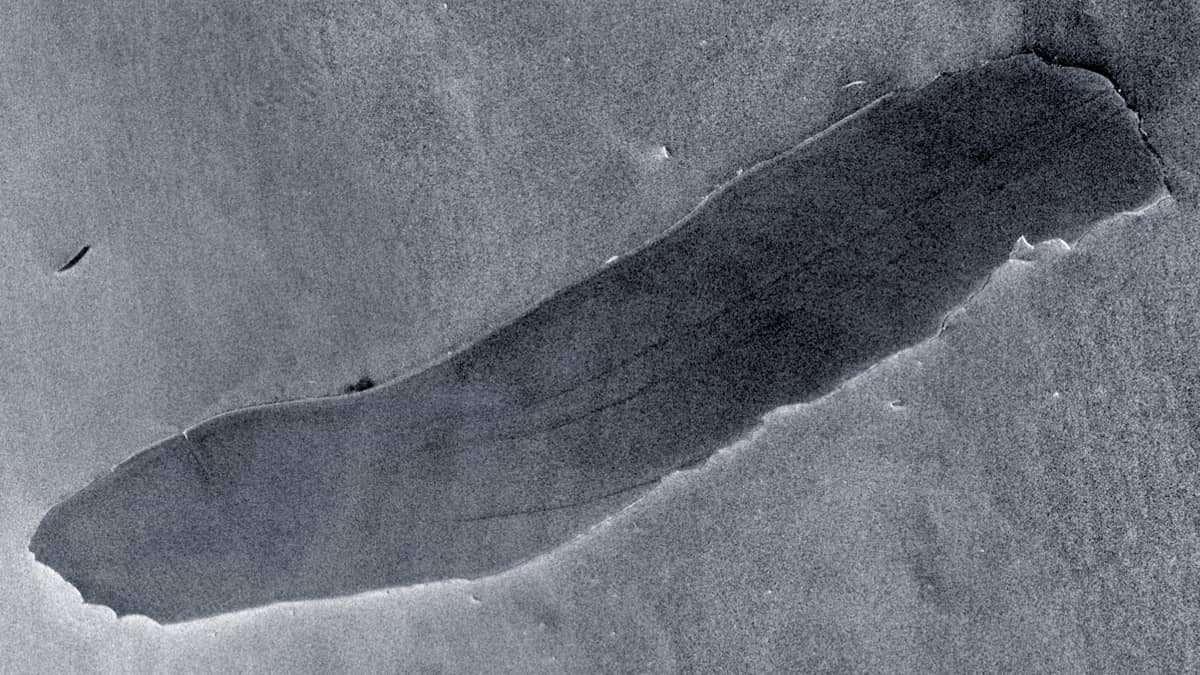 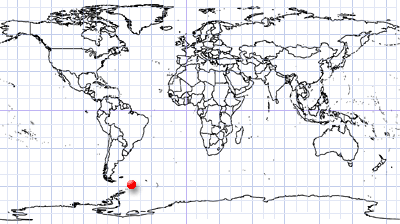 Antarctic iceberg A-76A is the largest remaining part of what was once the world’s largest iceberg, A-76, now drifting (59.2°S, 48.8°W) in the Drake Passage. The size of the iceberg is about 135 × 24 (±3)  kilometres; the surface area is about 3,200 km². This is twice the size of London and four times the size of  New York. If we estimate the thickness of the iceberg at 150 meters, the volume of fresh water it carries is about 500 km³. That is slightly larger than the entire Lake Erie and almost 3.5 times the size of Lake Vänern – the largest lake in the European Union. This is roughly equivalent to the annual flow of the rivers Danube, Nile and Yukon rivers combined, or the flow of the Rhine in five and a half years.

Icebergs are floating fragments of glaciers or ice shelves. When icebergs drift north toward the equator, they are usually pushed east through the Drake Passage by the powerful Antarctic Circumpolar Current. There they melt quickly in the warmer waters.

A-76, the largest iceberg on earth, broke off the Ronne Ice Shelf in Antarctica in May 2021. Since the ice shelf from which A-76 broke off was already floating, this event will have no direct impact on global sea levels.

The following satellite images are presented:
– Sentinel-1 radar image of the iceberg A-76A from 12/10/2022,
– Images of Sentinel-3: Left – from the SLSTR sensor in the brightness temperature range S8 (11/26/2022) and right – from the OLCI Enhanced True Colour Combination (12/09/2022),
– Photo montage comparing the size of the iceberg with the size of Long Island, USA (based on Sentinel -3 images),
– Animated image (based on Sentinel -3 imagery) showing the movement of iceberg A-76A during the last month (11/10/2022 – 12/10/2022). During the given period, iceberg A-76A was visible every day (mostly completely or partially covered by semi-transparent clouds), which made it possible to create a “continuous” animation of its daily positions. During this time, it almost did not change in size or position, but tumbled a lot and was swirled around by the turbulence of the sea water. 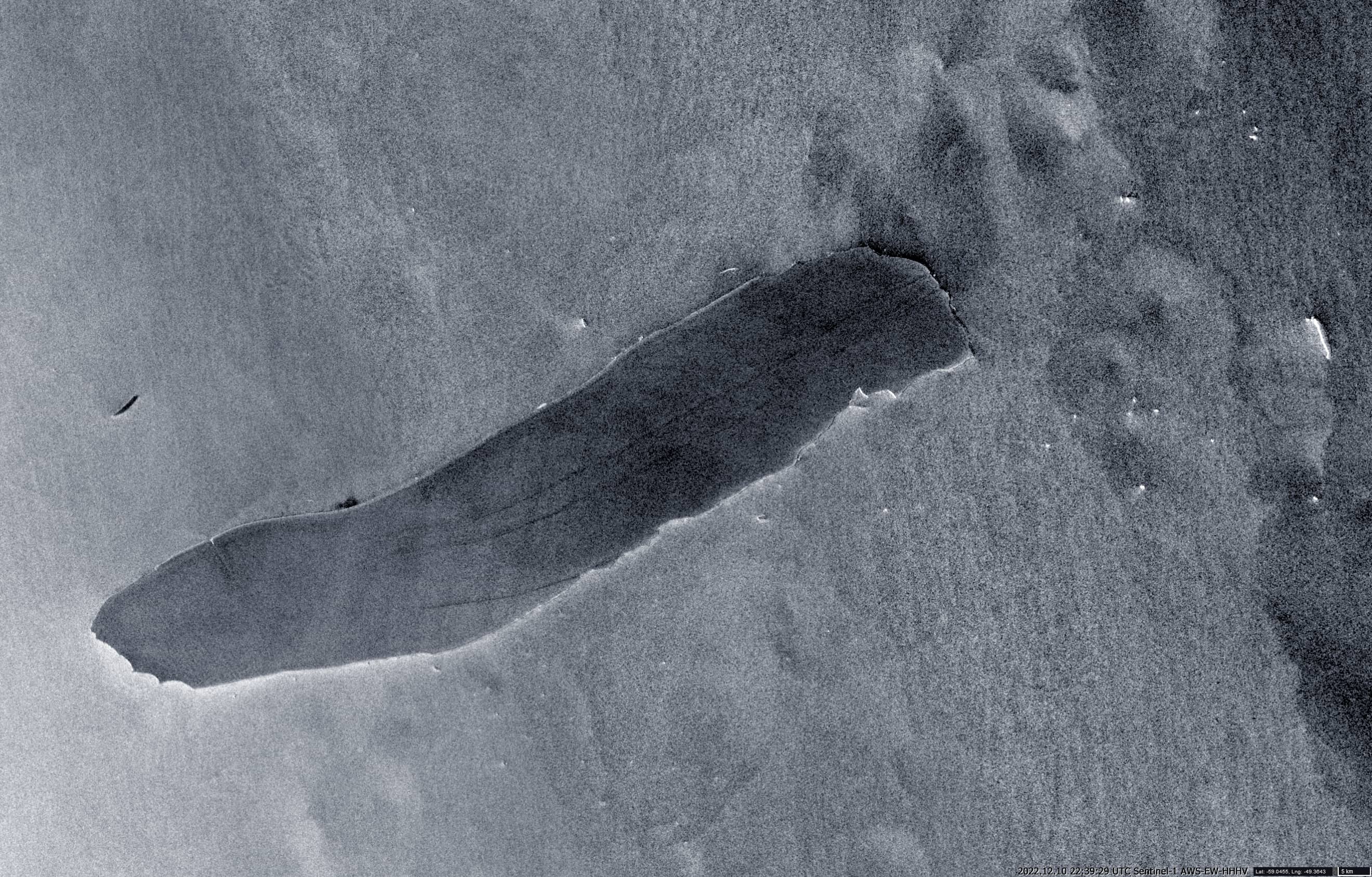 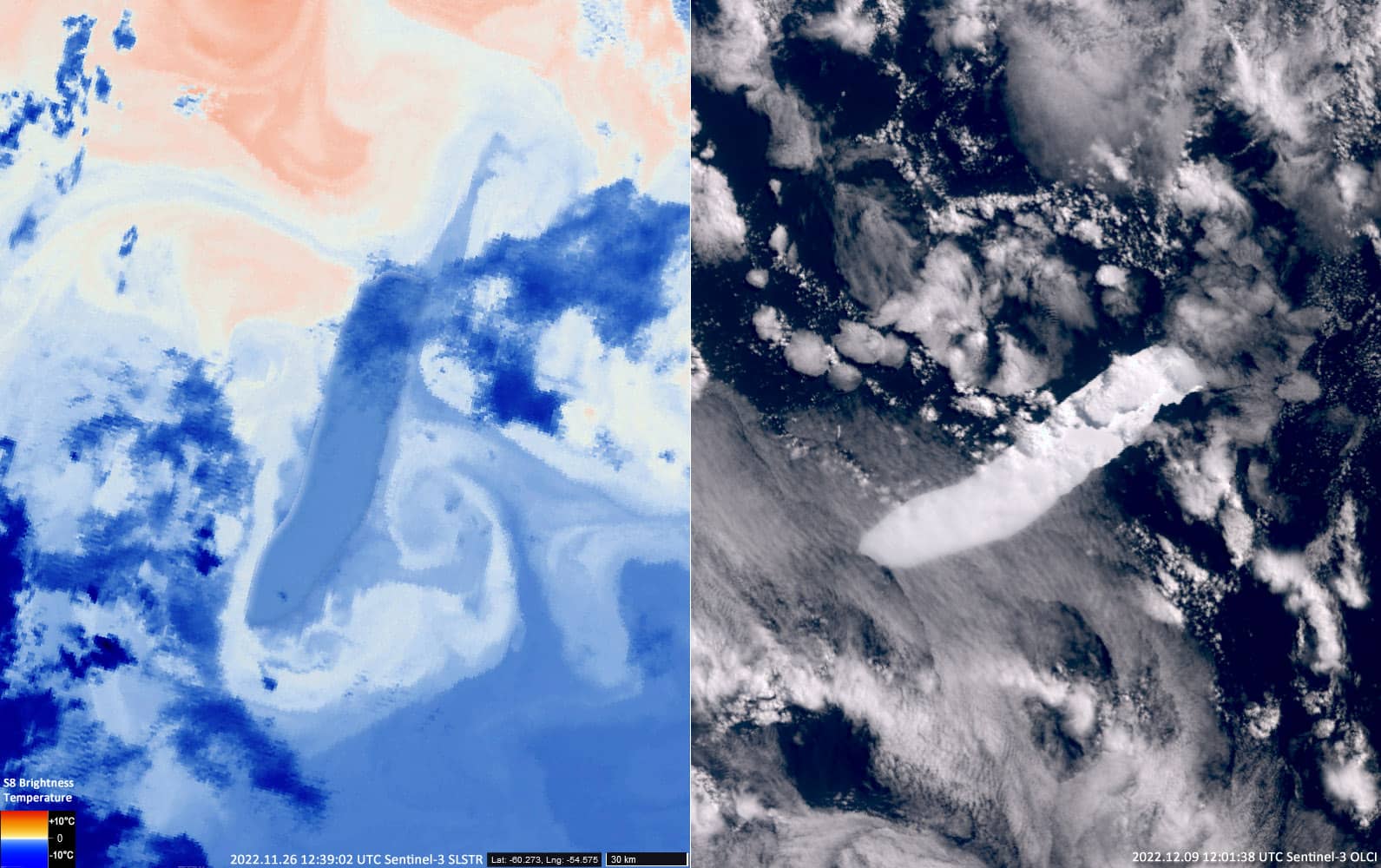 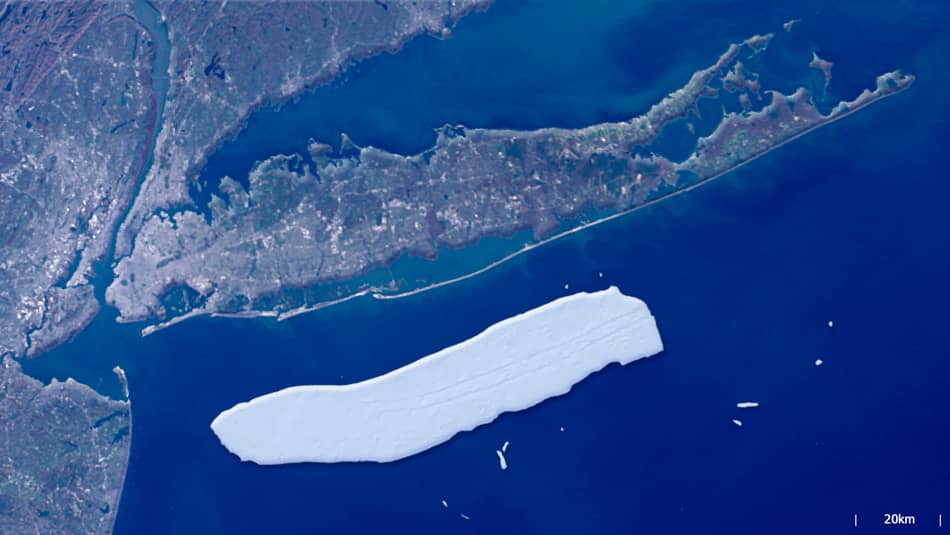