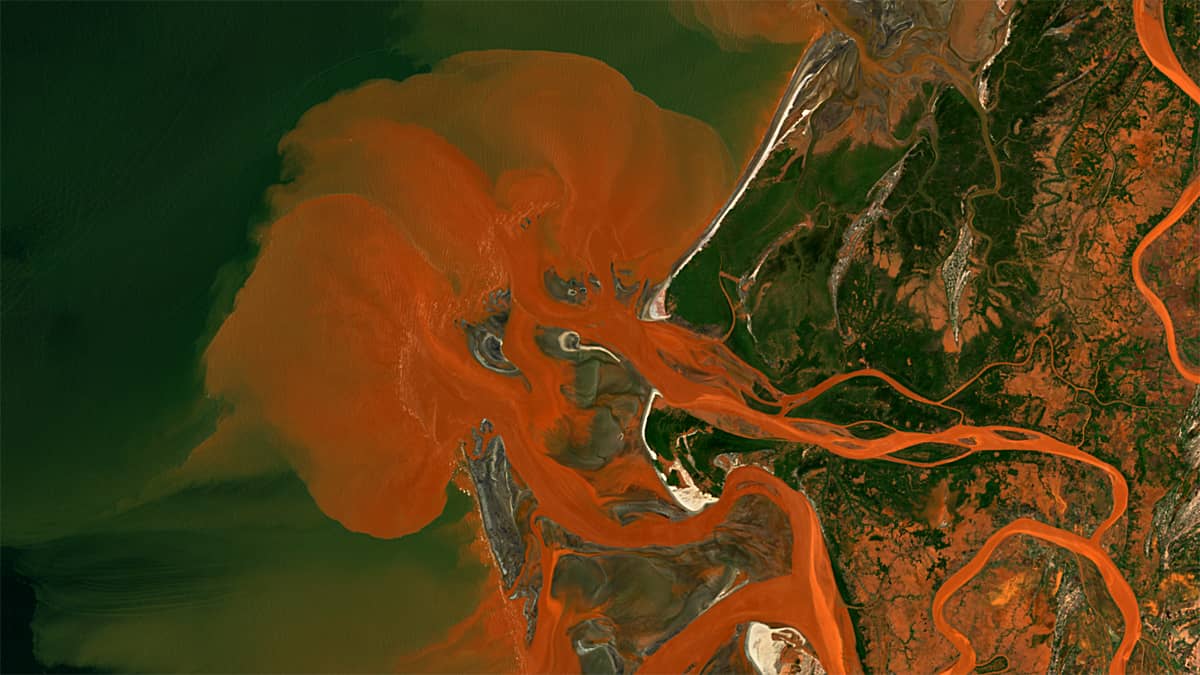 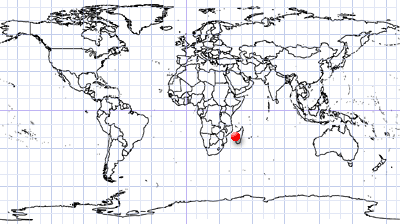 Sentinel-2 satellite imagery shows the outflow of sediment-rich water from the delta of the Tsiribihina River (west coast of Madagascar) into the Mozambique Channel. The river delta extends for a length of about 35 km from north to south. Due to the large amount of suspended sediment, the water has often an intense rusty red colour.  Most of Madagascar’s rivers originate in the highlands in the interior of the island. They pick up large amounts of sediment, often from iron-rich red soils and rocks called laterites, and then carry the blood-coloured, oxidized sediments down to the sea. In this, some of Madagascar’s rivers differ from other sediment-rich rivers in the world. The transport of this large amount of sediment is also related to large-scale deforestation on the island, including along the river banks, which contributes to their intense erosion. Peaks in the river runoff and sediment transport takes place particularly after heavy rainfalls. One of such events is shown in the presented images.

The event is displayed in three waveband combinations from left to right: True Colour (based on Sentinel-2 channels 4, 3, 2), False Colour (based on S-2 channels 8, 4, 3), SWIR (based on the channels 12, 8A, 4). These different images do not only help to reveal more details in the water and on land, but also enable the visual perception of the event through their colours and show.