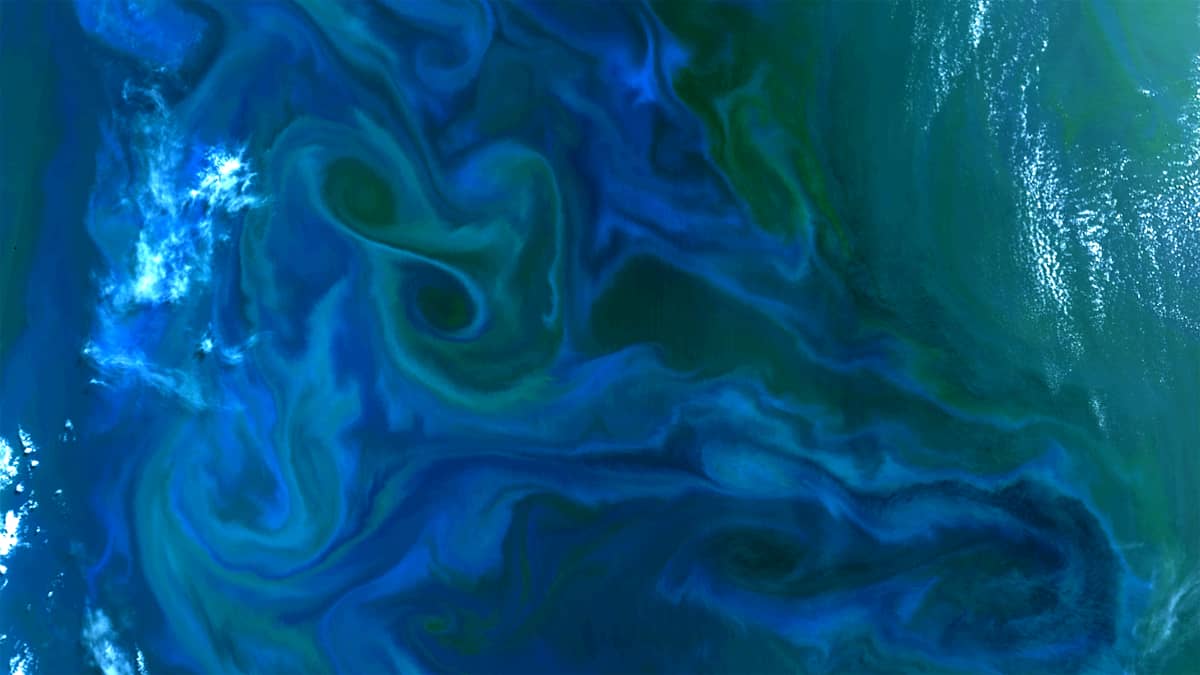 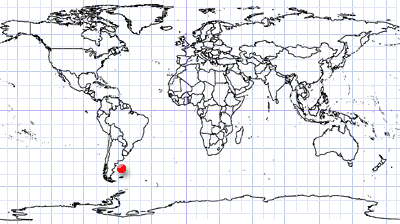 When the Falkland or Malvinas Current, a branch of cold-water from the Antarctic Circumpolar Current, flows north along the coast of South America and meets the warm waters of the Brazil Current, the collision of these water masses leads to large scale turbulences in the upper ocean. Eddies and other mixing patterns can form along this front and become visible due to the different colouring of the water masses by phytoplankton. In the cooler, nutrient rich waters combined with sufficient light an extensive coccolithophorid bloom has formed here. These algae which incorporate calcite shells in their cells give the waters their bright appearance.

The colours of the satellite observation with OLCI on Sentinel-3A have been stretched slightly to highlight the variability of colours and the striking structures within the turbulent waterfront (A). Similar patterns can be seen in the surface temperature of the water taken from SLSTR (B). Temperature fronts are identified (C) and superimposed on the phytoplankton-coloured image (D). In many cases temperature fronts and phytoplankton fronts are identical as they come from the same two different water sources. A homogeneous new water body will have been emerged, when the temperature gradients have been decreased by further mixing along the fronts.