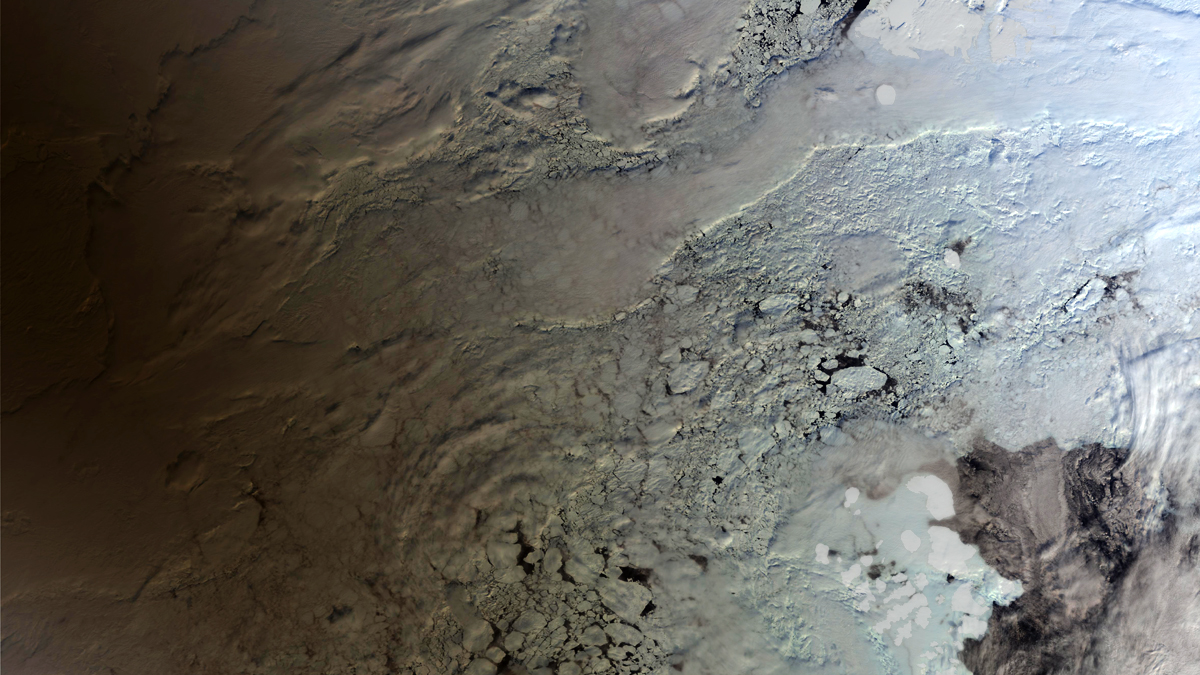 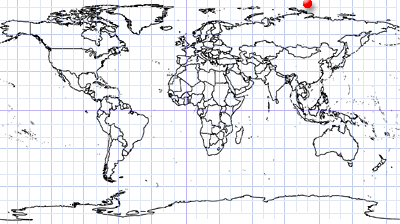 The solar eclipse on June 10th, 2021 was a rare annular solar eclipse. Its maximum phase was visible in Canada, Greenland and Russia. Furthermore, the event was very unique because it was visible at the North Pole; the only annular eclipse to pass the North Pole in the 21st century!  Fortunately, the Sentinel-3A OLCI satellite was able to record this moment around 11:00 UTC.

The closest point to the North Pole which can be observed via a satellite image has a latitude 89°53’05” (indicated by blue coordinates on the left-hand side of the image) and is located about 13 km from the 90°-point. The annular eclipse is visible in the left part of the image, where the shadow of the Moon is visible on the Earth surface. The annular eclipse remained in the region from 11:11:13 to 11:11:58 UTC wheresas the Sentinel image was taken slightly before at 11:01:05 UTC – which means the sun was only partially covered at that time, but nevertheless the shadow of the moon is clearly seen in the image. 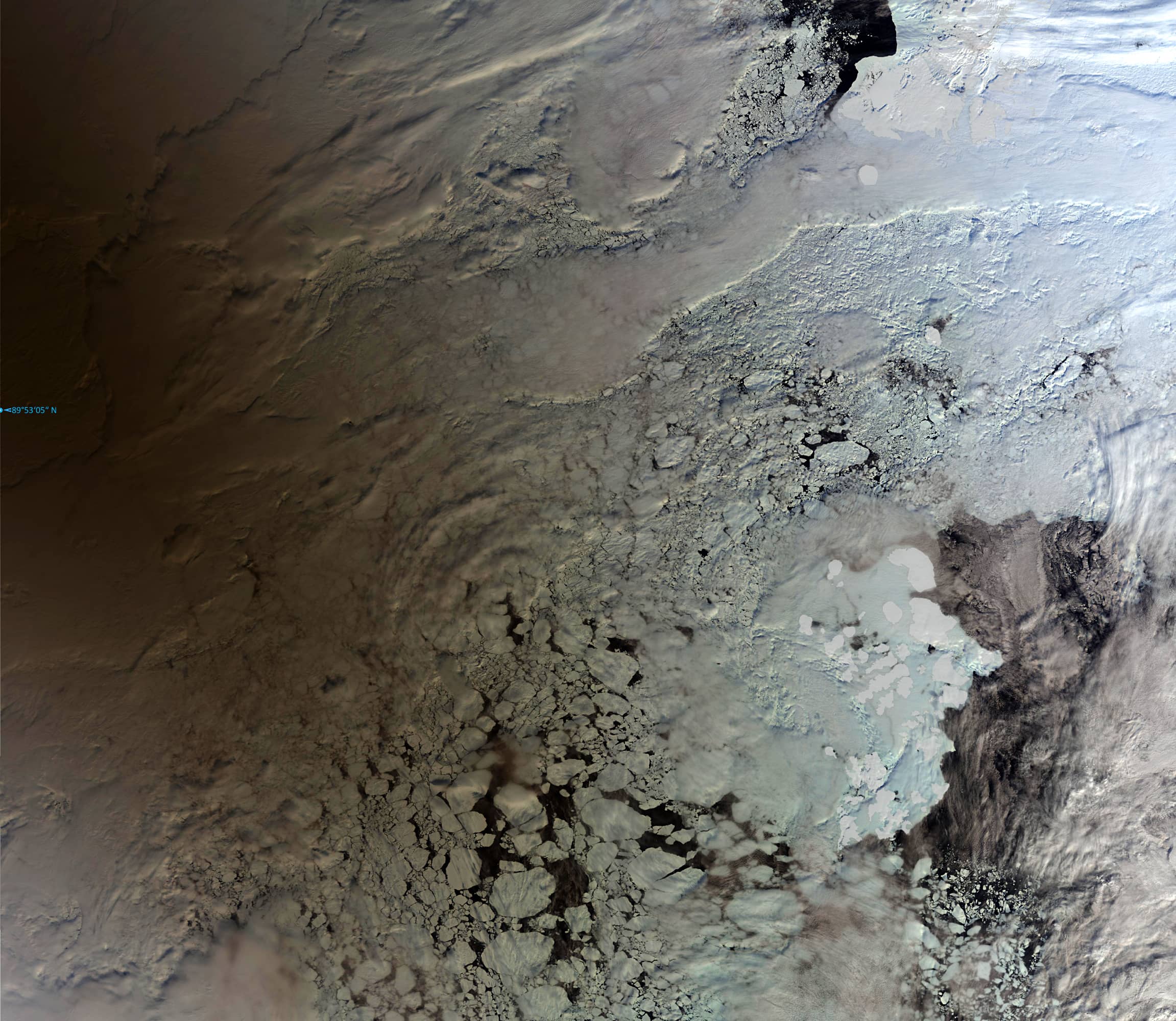 For orientation purposes: The Severnaya Zemlya archipelago is located at the top of the image and the Franz Josef Land archipelago at the bottom.
Images contain modified Copernicus Service information [2021].
Solar Eclipse No Comments
Next Post