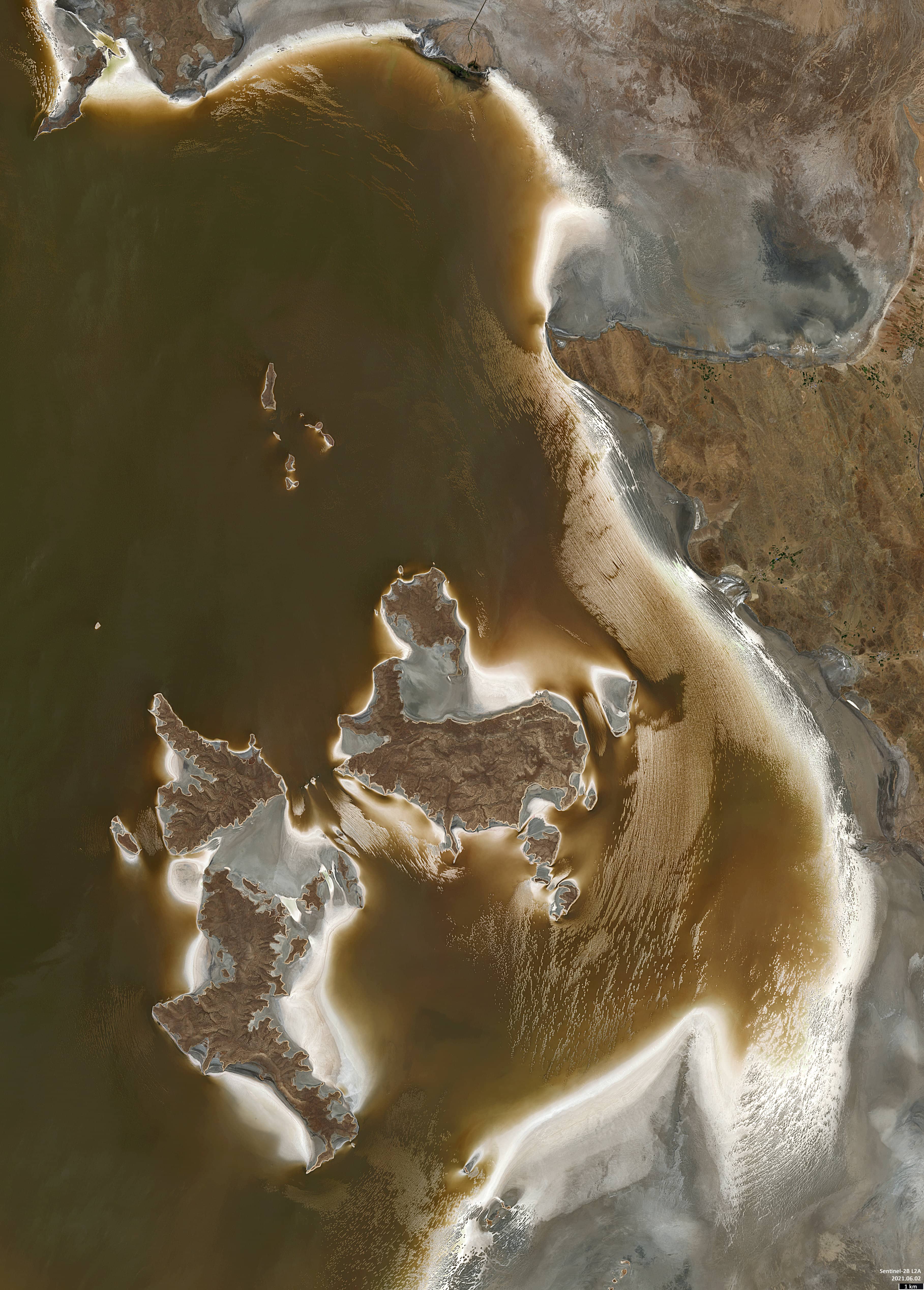 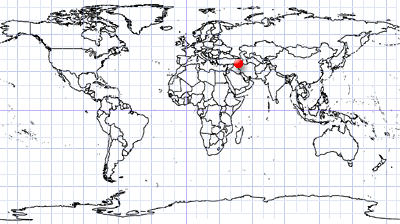 Lake Urmia is an endorheic (i.e., no evident outlet) lake located at an altitude of approximately 1,275 m above sea level in the north-west of Iran. About a quarter of a century ago, the lake was up to 140 km long, about 40 – 55 km wide, and occupied an area of about 6,100 km² in  high water periods.

However, in subsequent years, the lake came to be on the verge of extinction. Due to a series of drought years, which began in 1998, the excessive consumption of water from the lake by the inhabitants, as well as the construction of dams in the rivers feeding into the lake, the area of Lake Urmia had shrunk to about 10% of its former size by 2017. As a consequence, the salt concentration in the remaining water rose to more than 300 g per litre.

However, in recent years, with increased precipitation and owing to a number of initiatives aiming to improve water management throughout the basin (e.g., Iran’s national development plans, Conservation of Iranian Wetlands Project and Urmia Lake Restoration Program), the situation has started to improve. The shrinking of the lake could be reversed and the surface area has again increased to about half its historical size.

The Sentinel-2 satellite image shows the south-eastern part of the lake. Additionally, the short image series shows the re-expansion process (2014, 2017 and 2021). 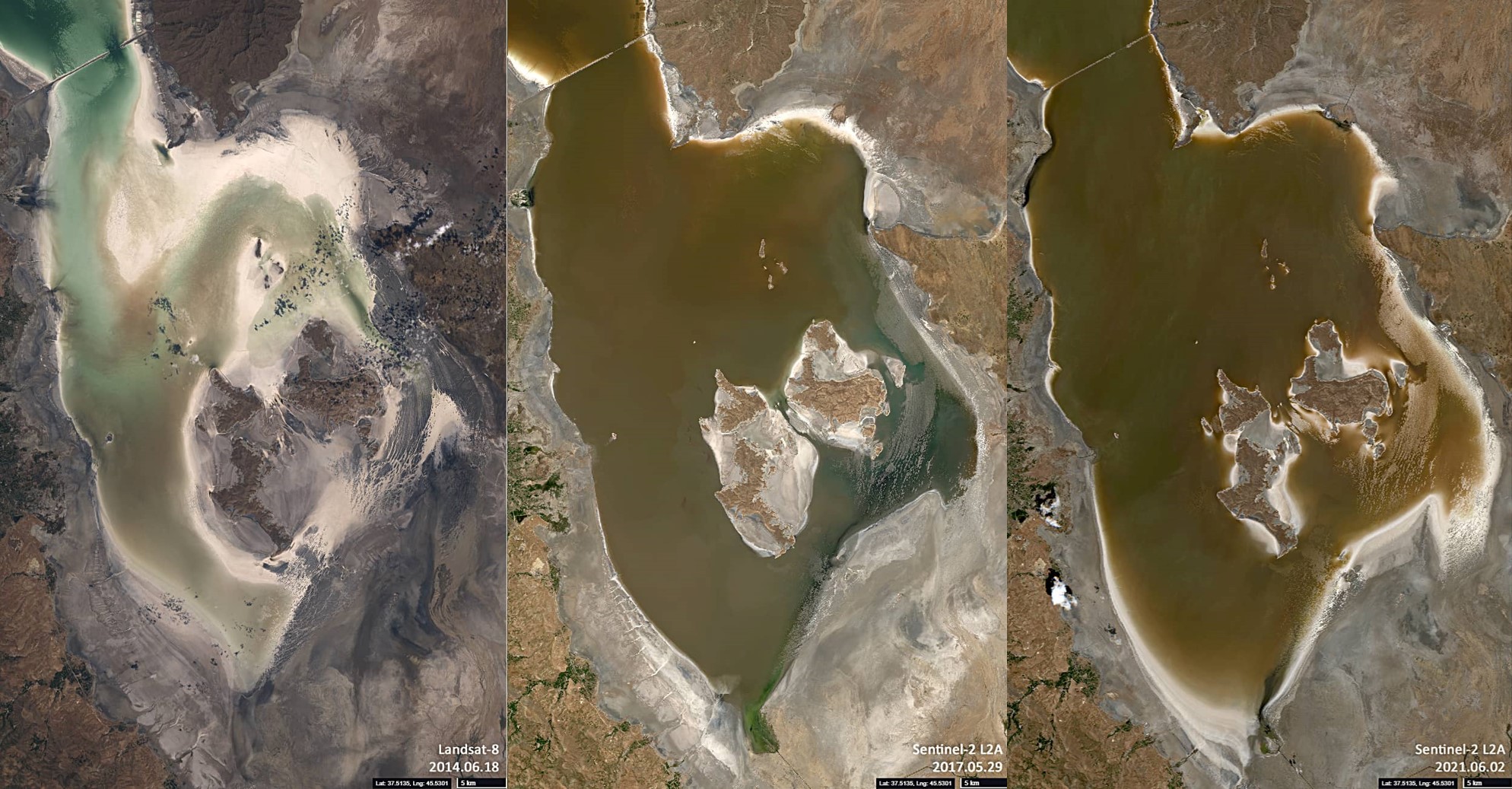