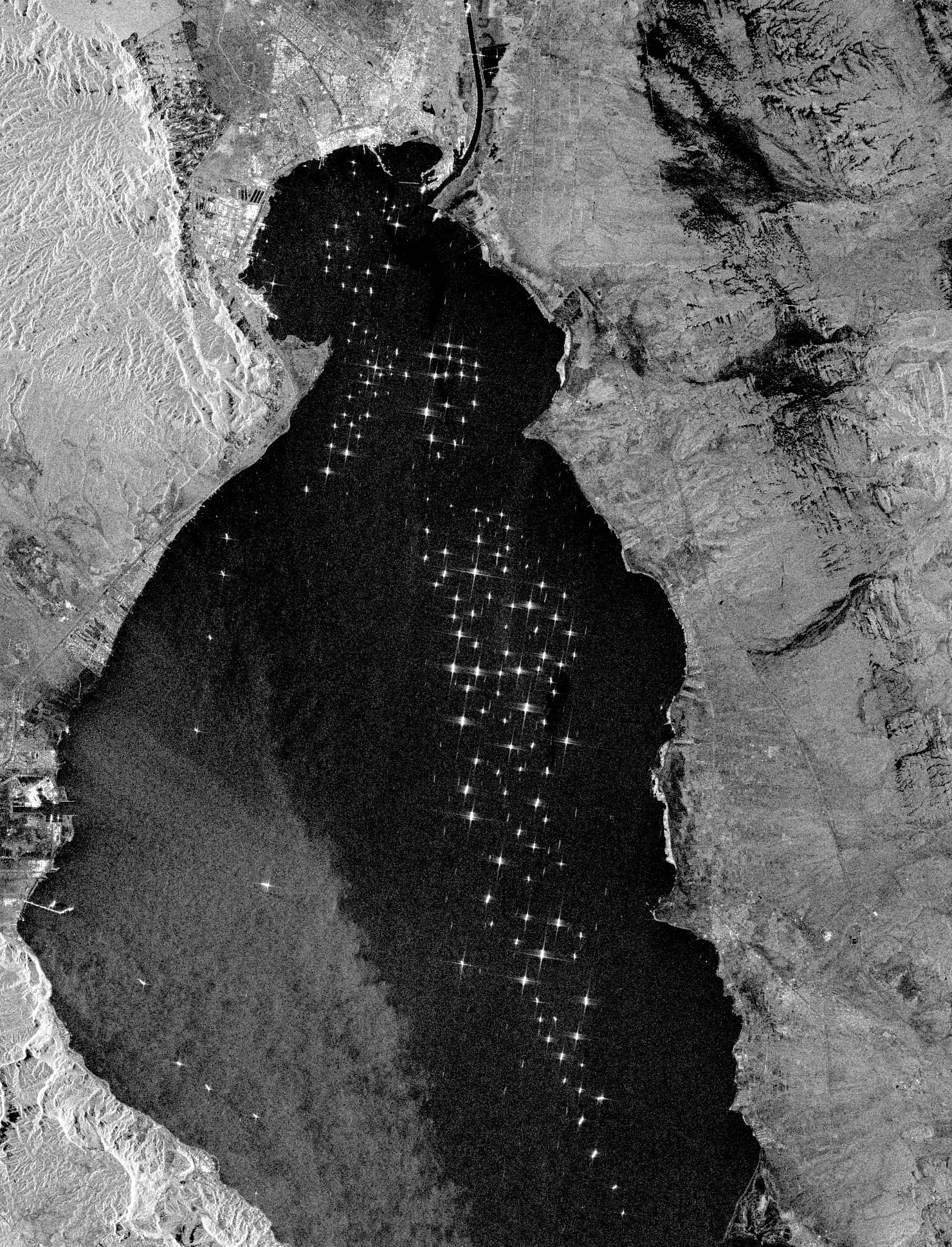 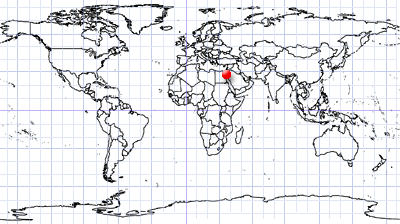 During the night of March 24th, 2021, the 400 m-long and 220,000 t container ship “Ever Given” became stuck and blocked traffic in the South of the Suez Canal. The vessel, which was en route to the port of Rotterdam from the Yantian area in China, had wedged diagonally across the span of the canal, blocking one of the world’s key shipping lanes in both directions. Officials previously said strong gusts and a sandstorm had caused the ship to run aground. But in the meanwhile, “technical or human errors” may be to blame for the grounding of the container ship. Before it got stuck in the Suez Canal, the container ship “drew” curious outlines with its route in the Red Sea.

Already on March 27th the blockage caused a huge traffic jam of about 370 ships along the 193-kilometer canal, including 25 oil tankers carrying about 10 million barrels of crude oil and oil products. More than 130,000 animals on the transport ships were threatened by a lack of water and food. Moreover, the blockage caused major delays in the delivery of oil and other products for the industry. Some companies have even been forced to consider re-routing vessels around the southern tip of Africa. It was only on March 29th that the ship was fully refloated, for which dredgers have removed more than  20,000 tons of sand from around the vessel’s bow, while many tugs have been brought it into assist. In addition, the tide on the full moon on March 28th briefly raised the water level in the canal.

The true colour image acquired on March 24th by Sentinel-2 shown below, still hazy due to the sandstorm, clearly shows the container ship blocking the passage through the canal. On the left a Sentinel-3 image shows the entire area and the arrow points to the vessel’s position. On the right an aquisition of radar satellite Sentinel-1 illustrates the blockage on the same day. Additionally, three image pairs are presented to compare the length of the queue for the passage of the channel before and during the blockade. These illustrations also make use of Sentinel-1 data, as the ships are particularly well visible on radar-based observations. 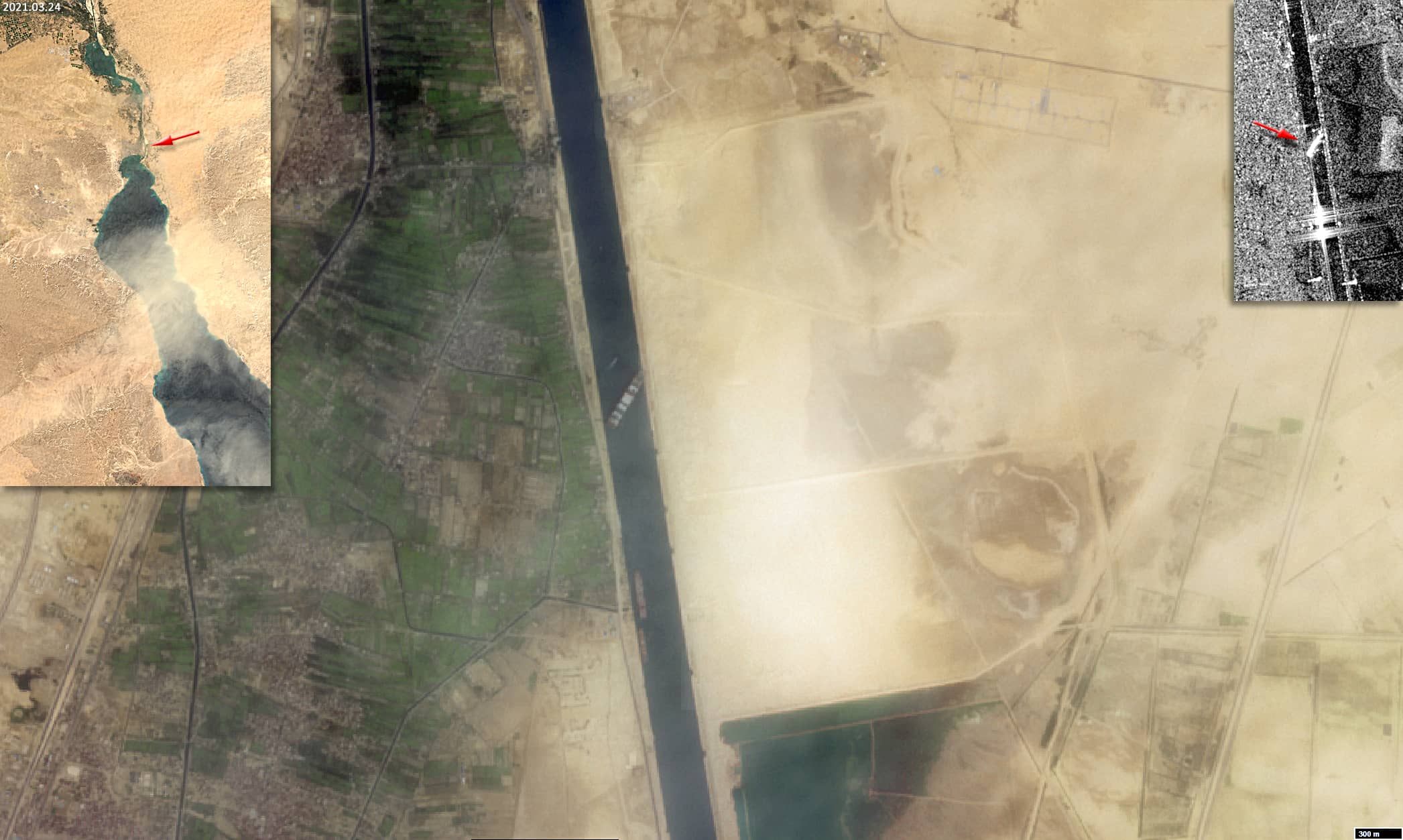 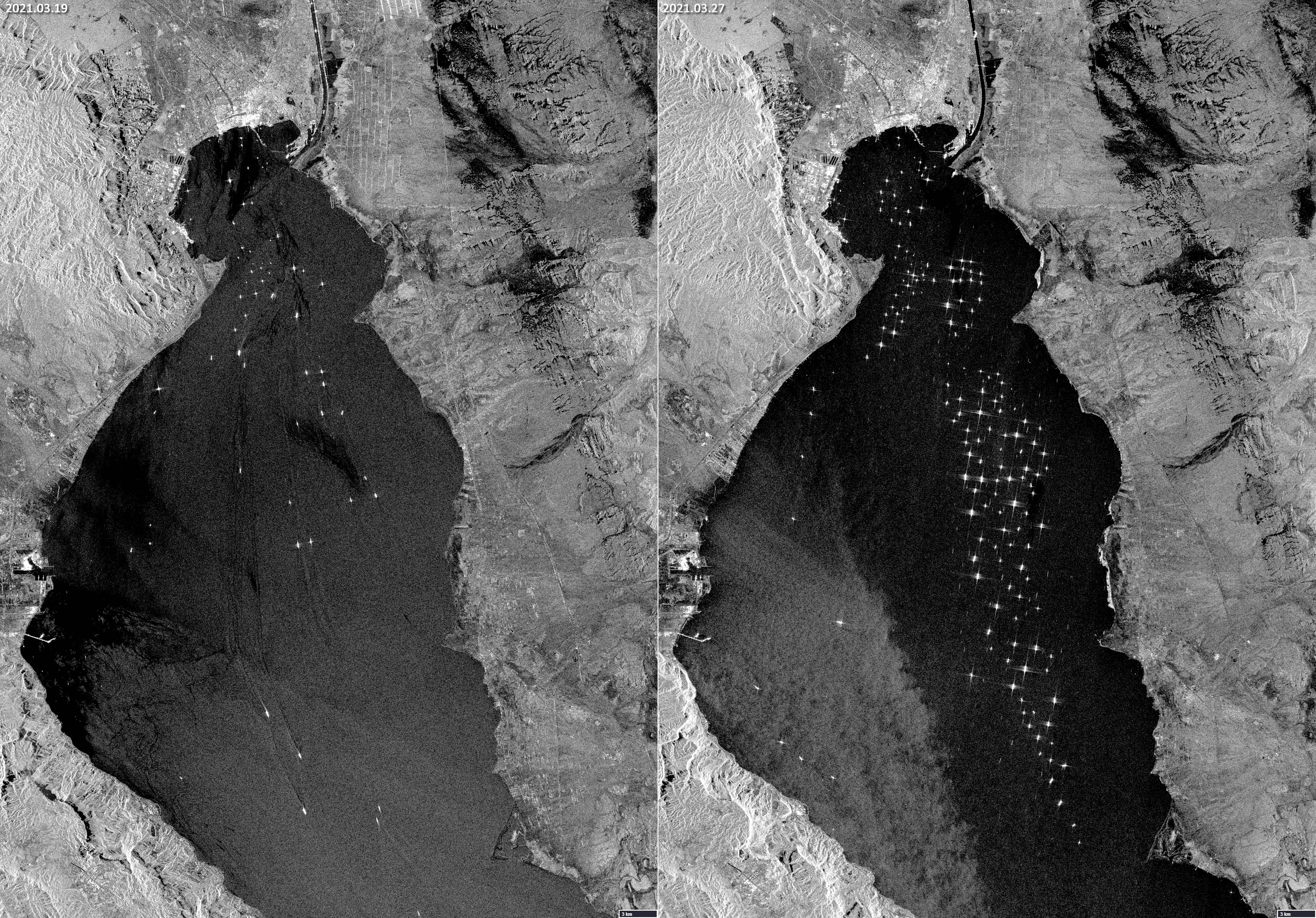