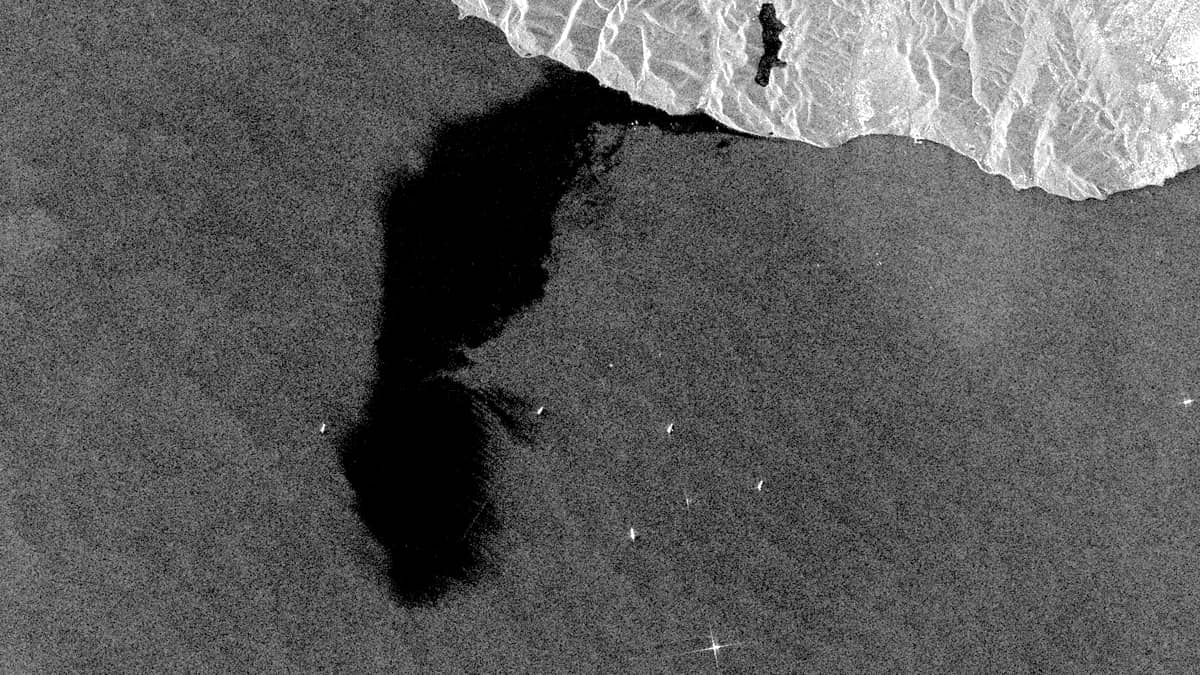 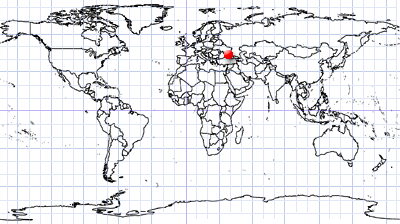 On August 7th, an oil spill occurred in the Black Sea near the Russian port of Novorossiysk, six kilometers from the coast, when the tanker was being loaded. According to the satellite monitoring, the oil spill covers an area over 85 square kilometers. Light, rapidly evaporating oil fractions appeared on the water surface, heavier fractions spread in the water column. Since covering the sea surface with an oil film reduces wave roughness, it is clearly visible in the image taken by the radar instrument in the form of dark areas. 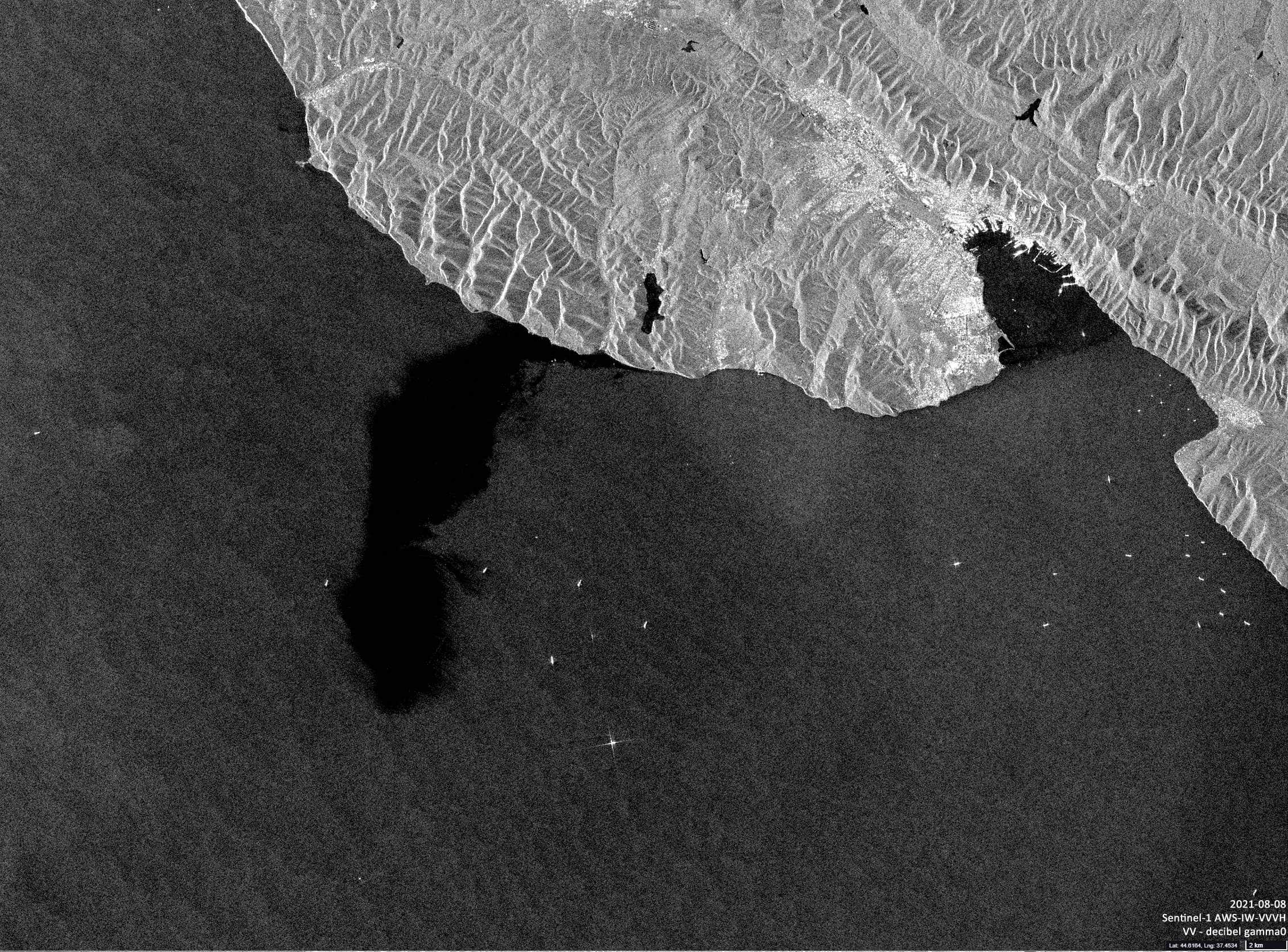