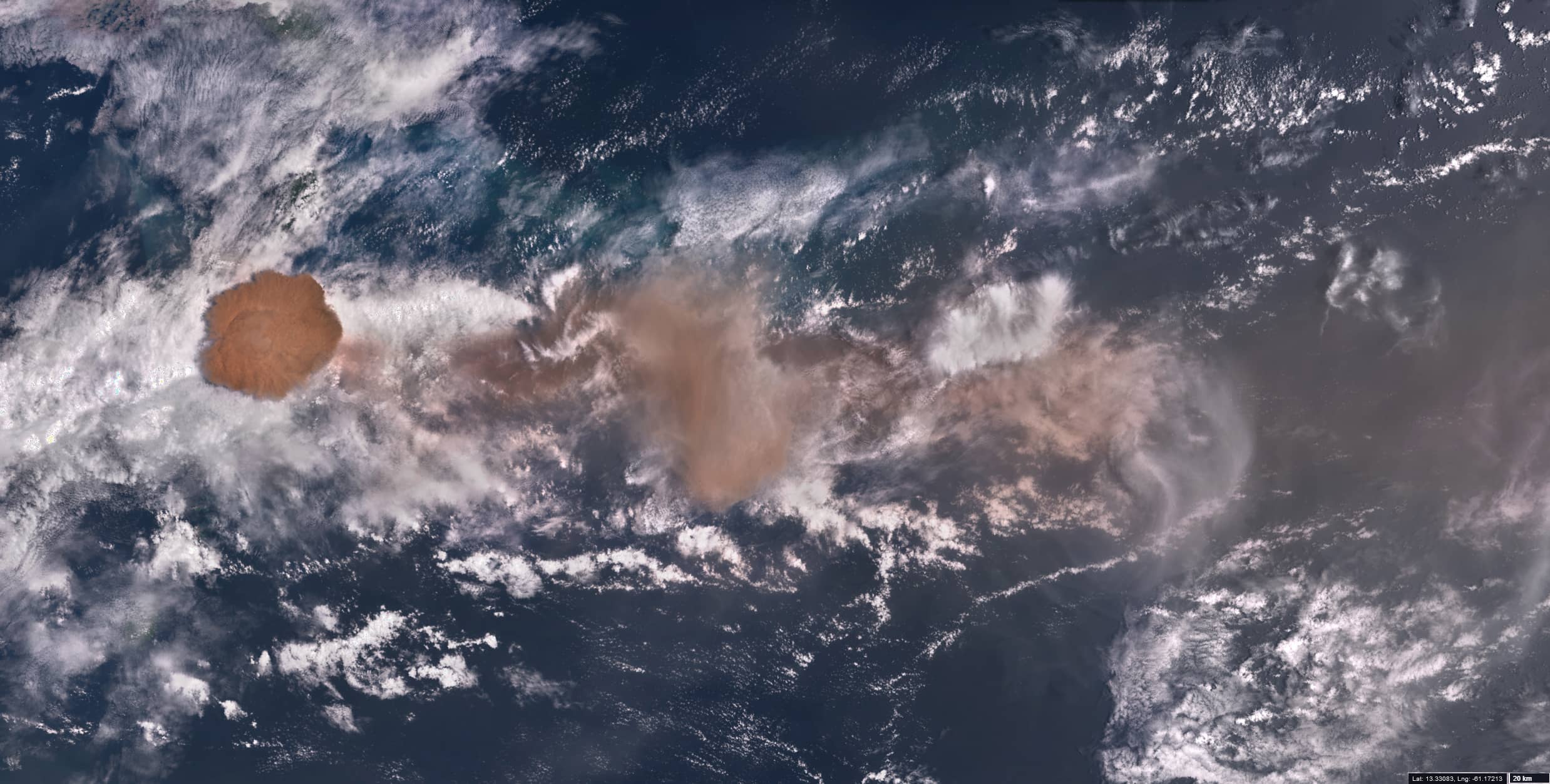 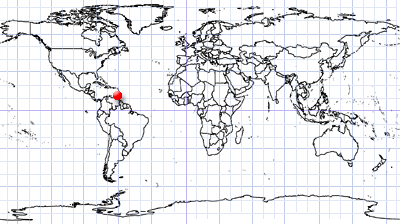 La Soufrière, a stratovolcano (1,220 m) on the Caribbean island of St Vincent, is one of the oldest volcanoes in the West Indies (about 60 million years old). On April 9th, 2021  a massive explosive eruption occurred, with an  ash plume reaching an altitude of about 6,100 m and drifting eastwards towards the Atlantic Ocean. Active volcanic activity in the form of ash emission continued in the following days. In the morning of April 11th there was an emission of gases and ash which rose to height about 12, 200 m. Strong vertical currents arose under the action of hot gases, broke through the overcast and carried out compact aerosol clouds with a diameter of 60 – 65 km almost to the border of the troposphere. Another part of the aerosols passed below and above the cloud cover. The aerosol cloud spread eastwards with the wind and even reached West Africa. Morphological changes took place in the volcano’s crater. Radar images from the Sentinel-1 sensor clearly show these changes. Approximately 20, 000 people were told to be evacuate the area around the volcano. 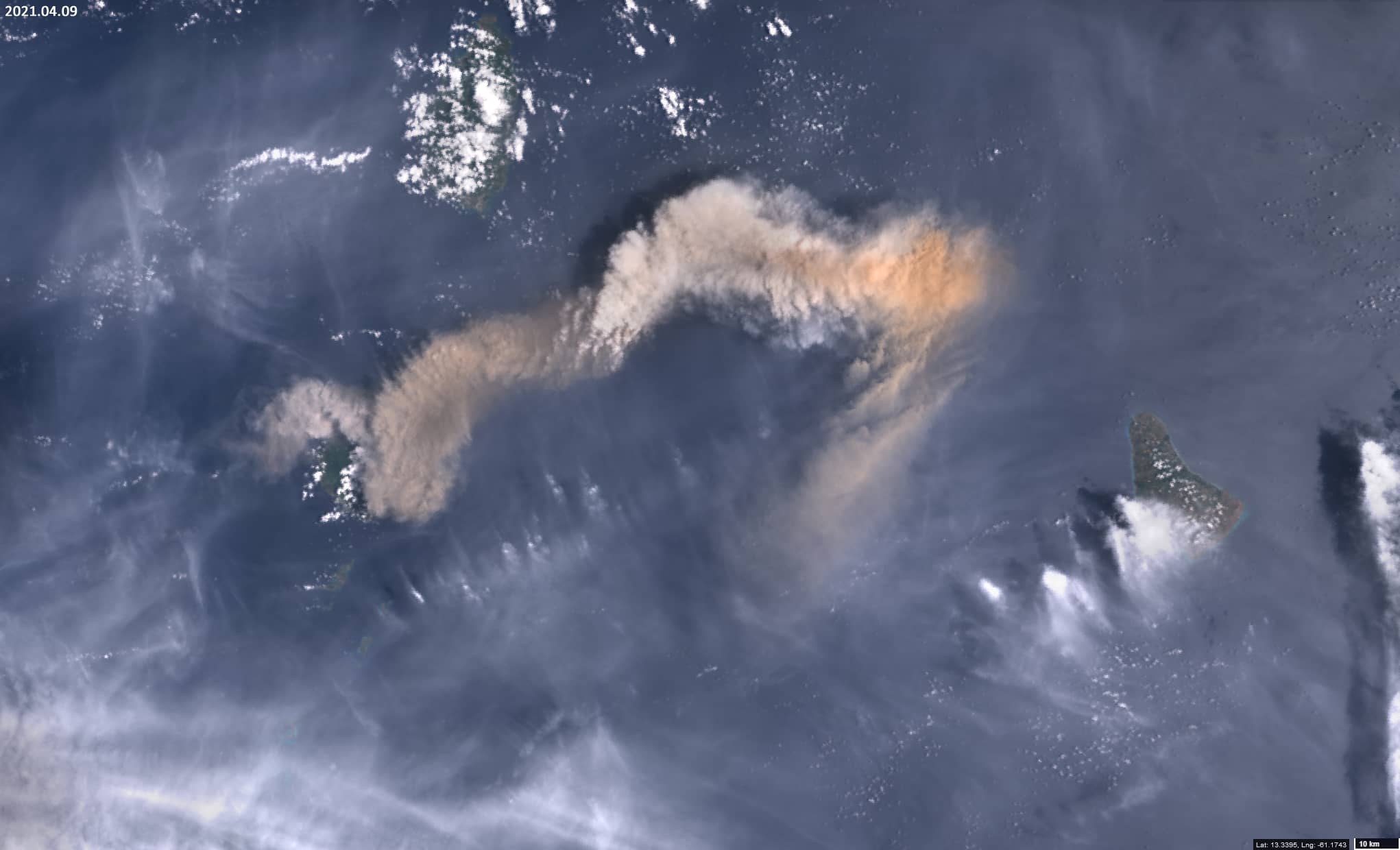 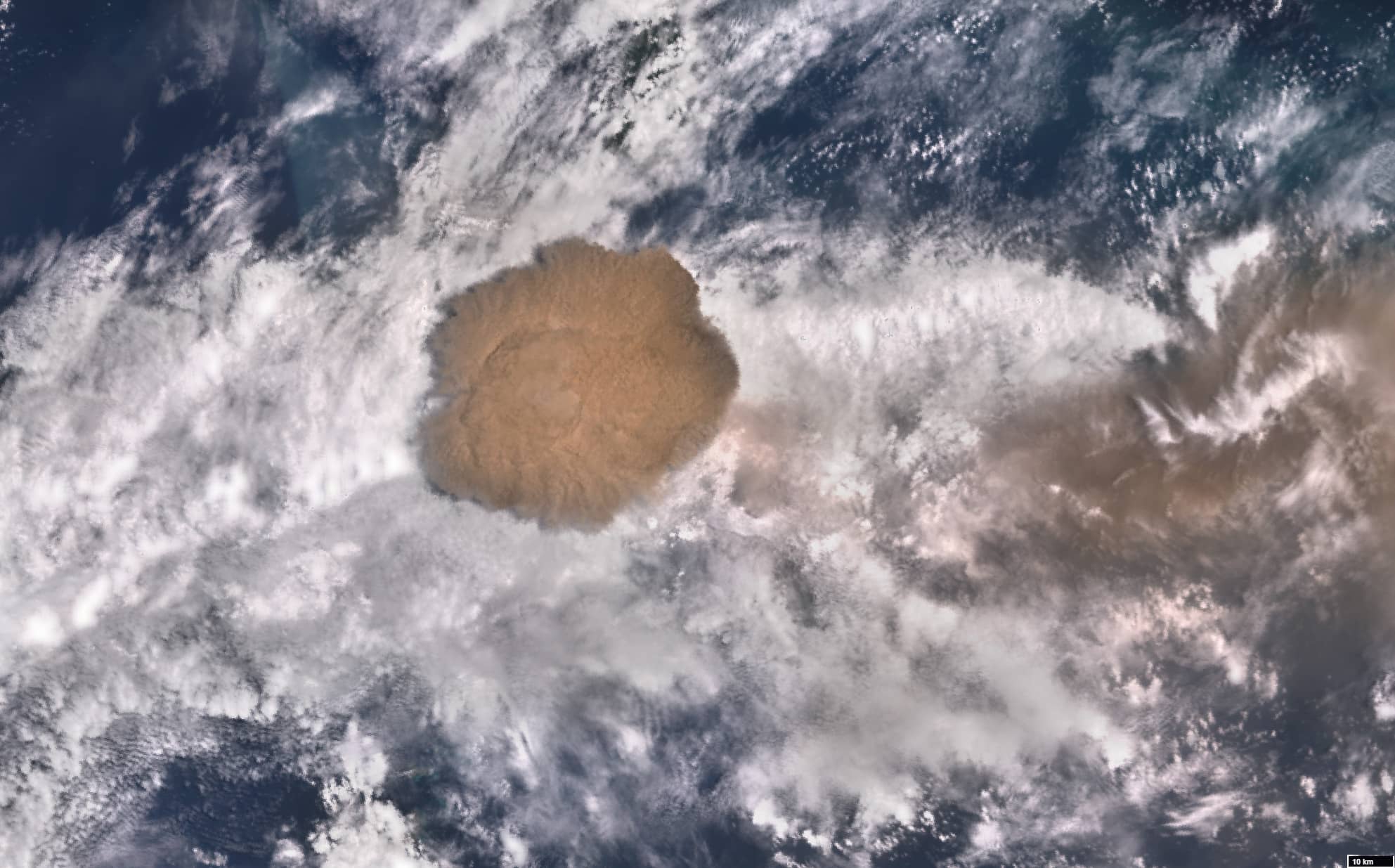 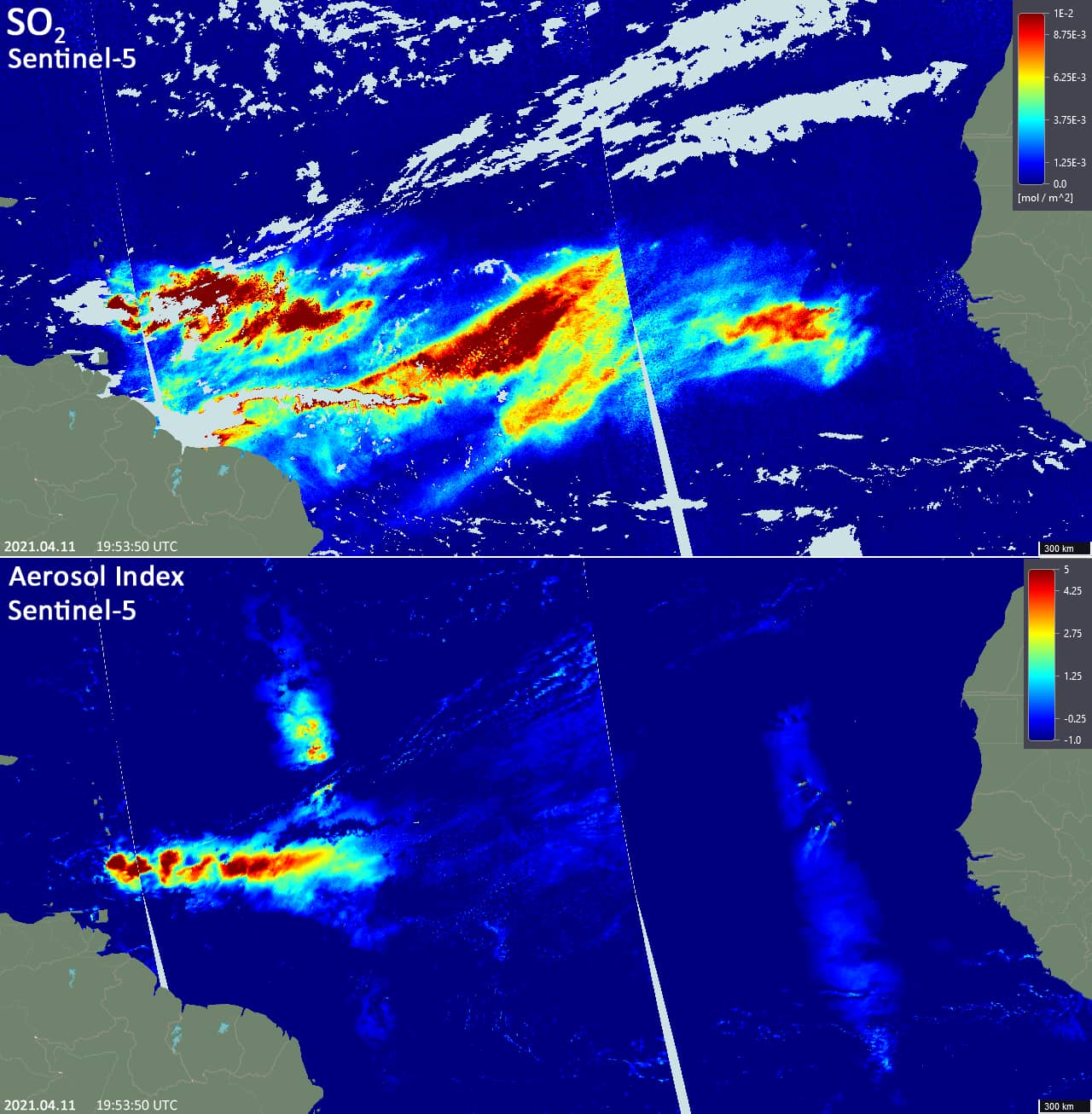