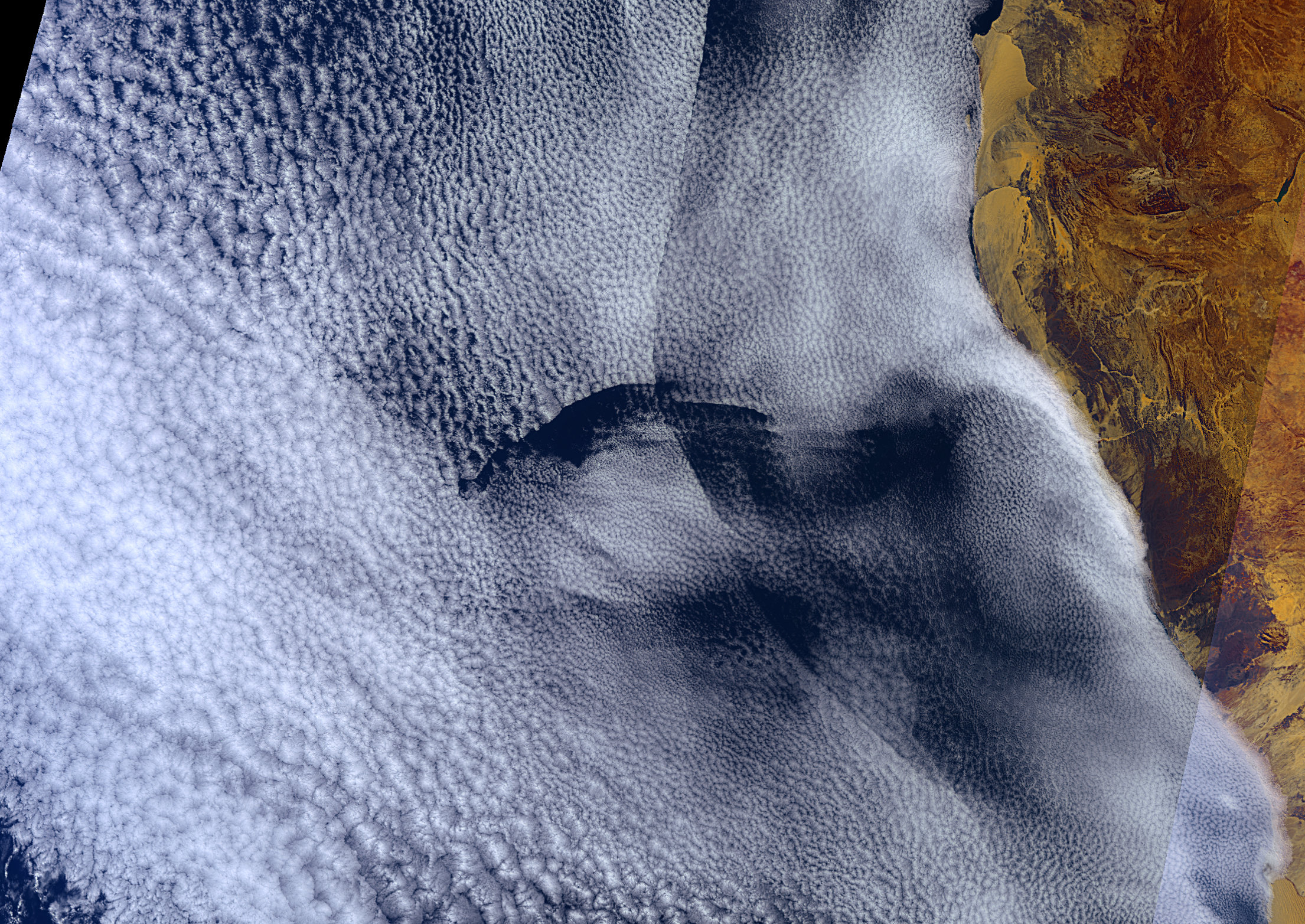 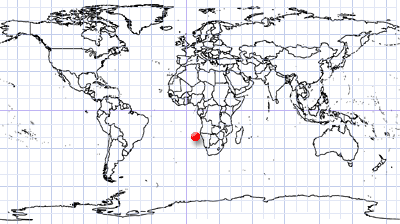 A huge cloud field of millions of square kilometres, consisting of closed and open convective cloud cells can be seen in the image taken from the OLCI sensor onboard of Sentinel-3. It covers the eastern part of the Atlantic Ocean off the coast of Africa (Angola, Namibia).

This is a regular climatic situation in this region, associated with the cold Benguela Current. Interesting in this example is the presence of a large-scale inversion layer with a front of a length of more than 1,900 kilometres , 300 – 360 km from the coast. It starts in the north at the mouth of  the Kwanza River in Angola and extends south to the latitude of Swakopmund in Namibia. The highly pronounced front line completely repeats the shape of the African coast, which indicates the influence of the land mass on the presence of this inversion layer. The inversion layer has a slightly higher temperature, “pushes” the clouds down slightly and even dissolves them in some places.

Of interest is also the presence of another inversion layer running perpendicularly at the latitude level of the Etosha Pan. Perhaps it was formed somewhat earlier and had an even higher temperature. 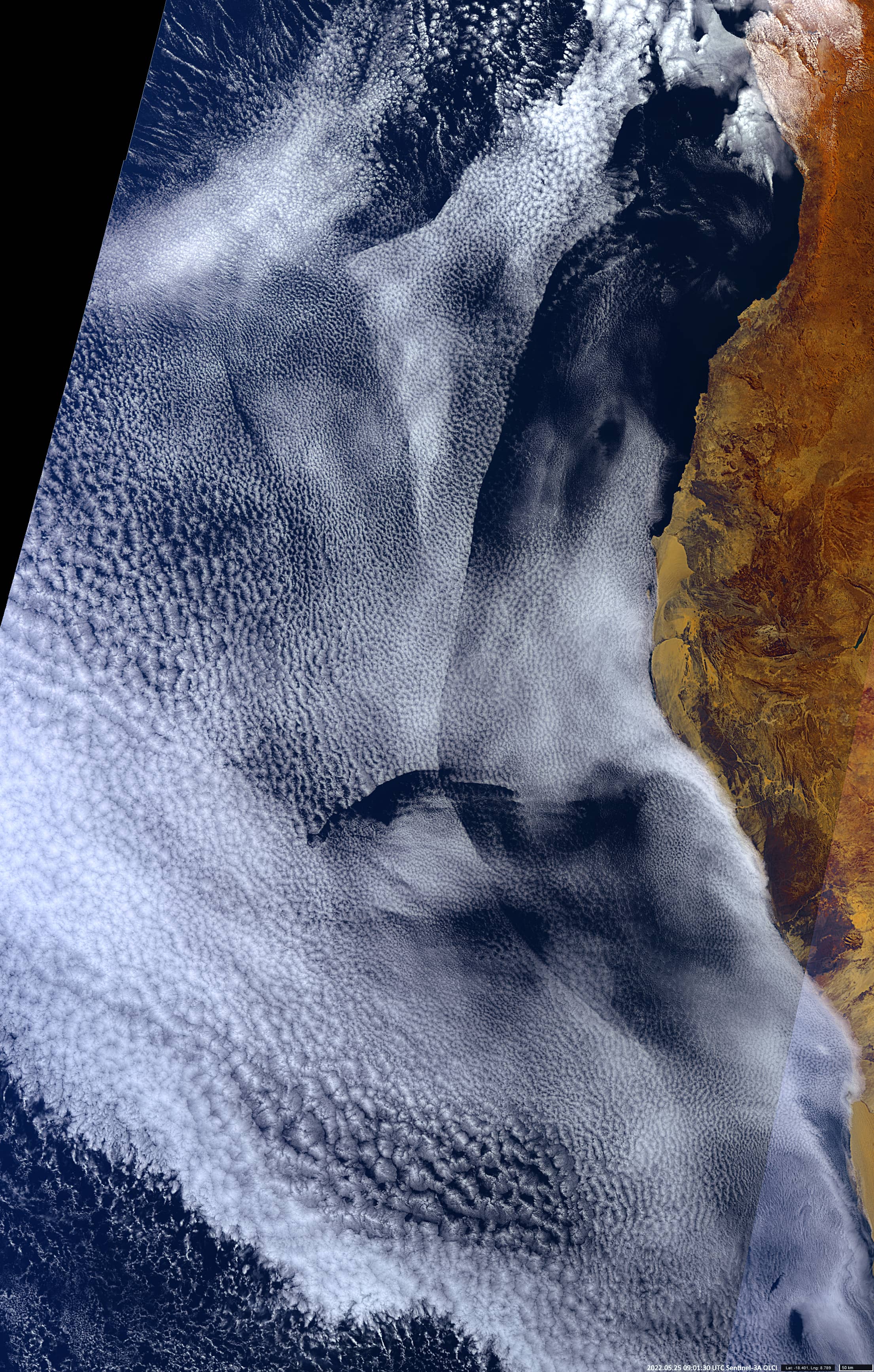