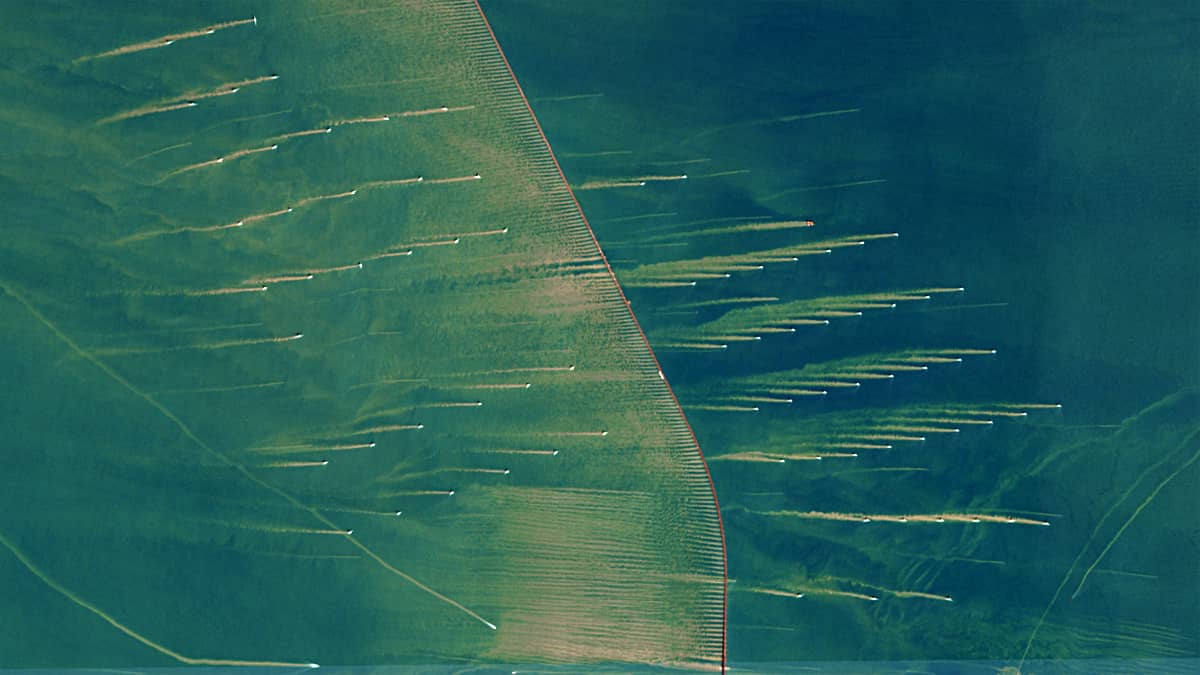 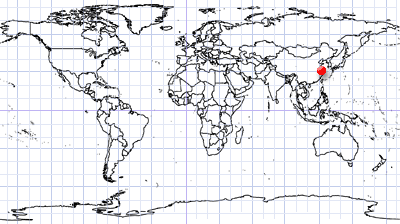 This Sentinel-2 image shows the north of Hangzhou Bay (杭州灣, the mouth of the Qiantang River into the East China Sea), where a large number of vortex tracks can be observed in the water. They are formed in the water as it flows around the cylindrical bases of the wind turbines. The water flow caused by the eddies picks up light loess particles from the river sediments.

The bay in which the turbines are located is only about 8 metres deep on average. Therefore, the sediments are almost lifted to the surface, making them observable from the satellite. The turbulent loess is thus an indicator of the phenomenon known as the “Kármán Vortex Strait”. The same can be observed behind the pillars of the Donghai Bridge (東海大橋). This phenomenon is not uncommon in this region. Although the direction of the “roads” (with a length of 2-5 km) can vary, the direction from east to west predominates.

It can be concluded that the presence of a large number of wind turbines in this area has an impact on the topography of the seabed and also on its ecosystem. Traces of turbidity can also be observed after the passage of ships, whose propellers drag the sediment of the seabed behind them.

In the upper right part of the image, many stationary ships can be seen waiting to be loaded or unloaded in the port of Shanghai. 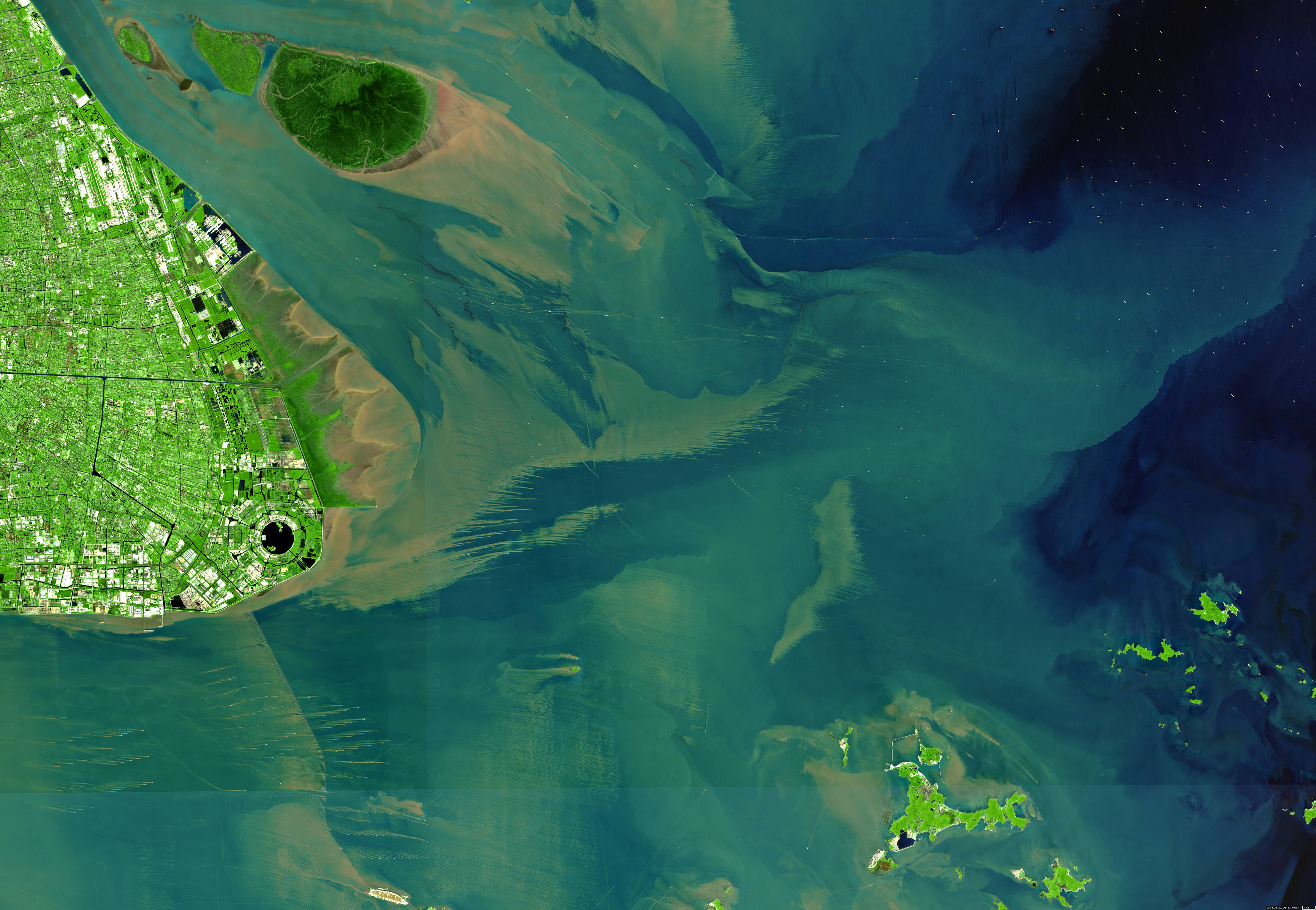