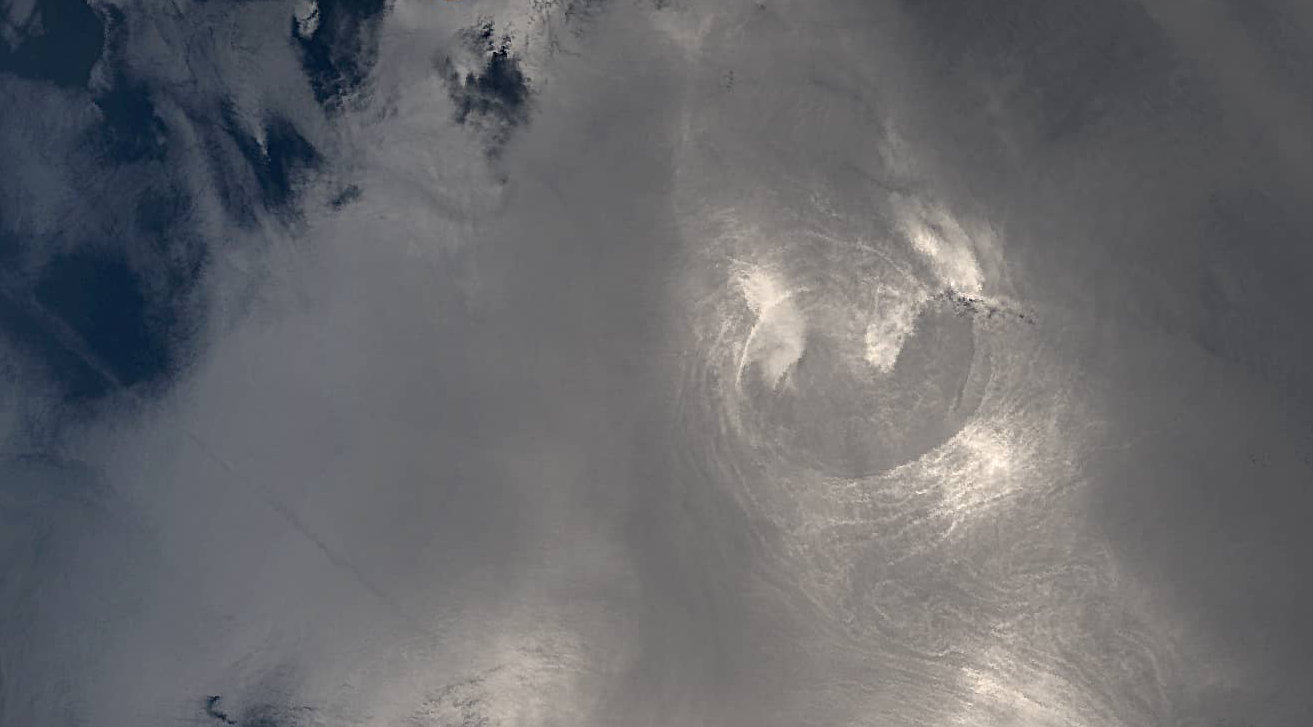 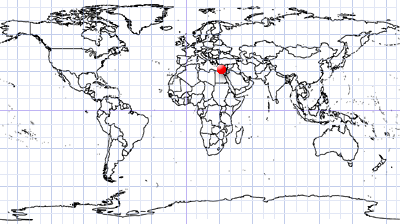 The image shows a region in the south-eastern Mediterranean Sea. About 180 km to the south-south­east of Crete island, two interconnected eddies swirling in the anticyclonic direction can be observed. This is known as the “Ierapetra gyre” and is a semi-permanent feature in that region (Ioannou et al. 2017). The diameter of each of the eddies is 60 – 70 km. They are only visible in this image because of sun glint; i.e., direct sun light reflection. Under certain angle constellation, sun light is reflected directly to the satellite sensor and thus, spatial patterns at the water surface induced by wind, currents and/or air pressure can become visible.

A small false colour image (bottom-left corner) derived from thermal wavelength bands also shows these eddies with relatively warmer water in the centre of the eddies compared to the surrounding water masses. 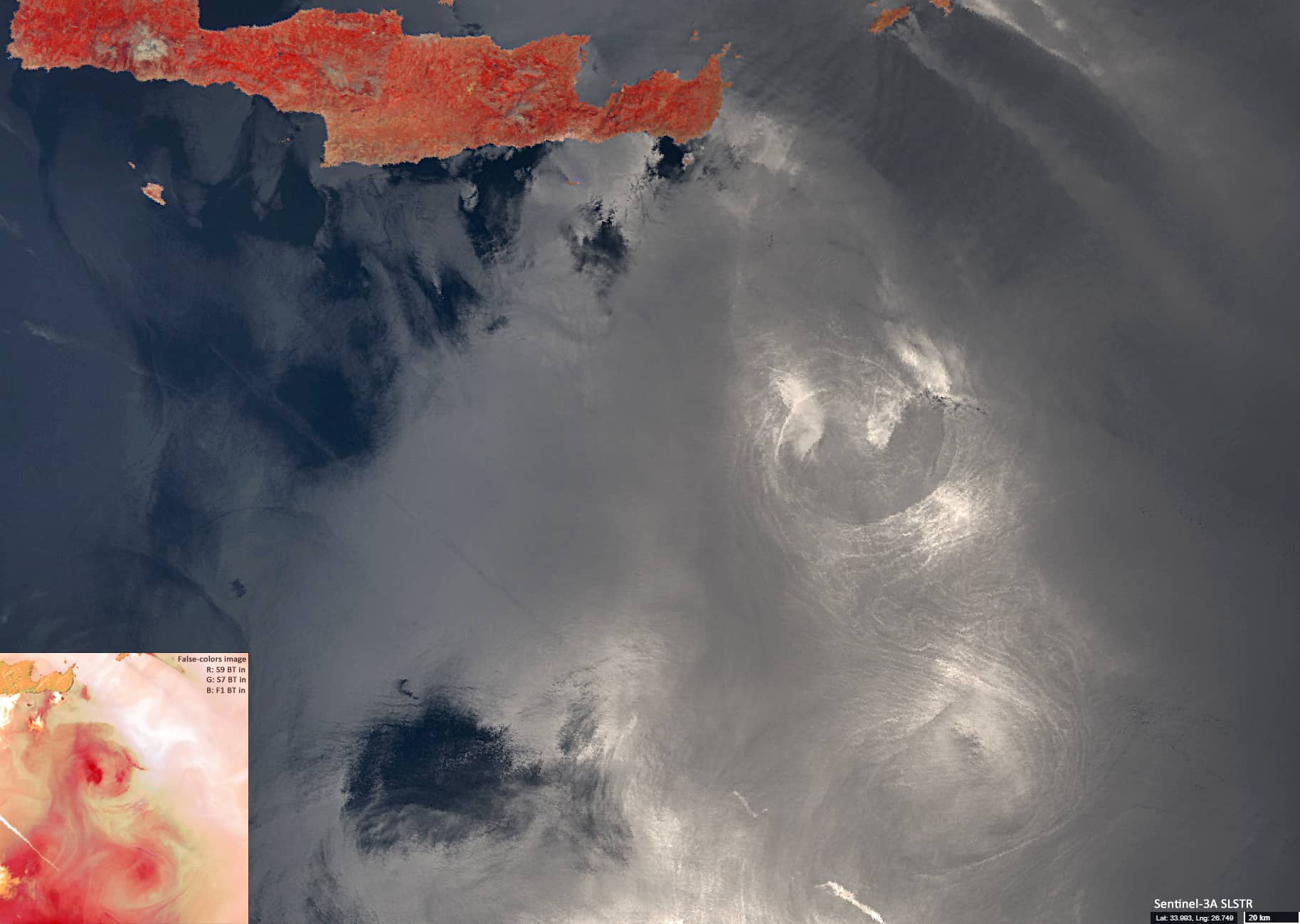 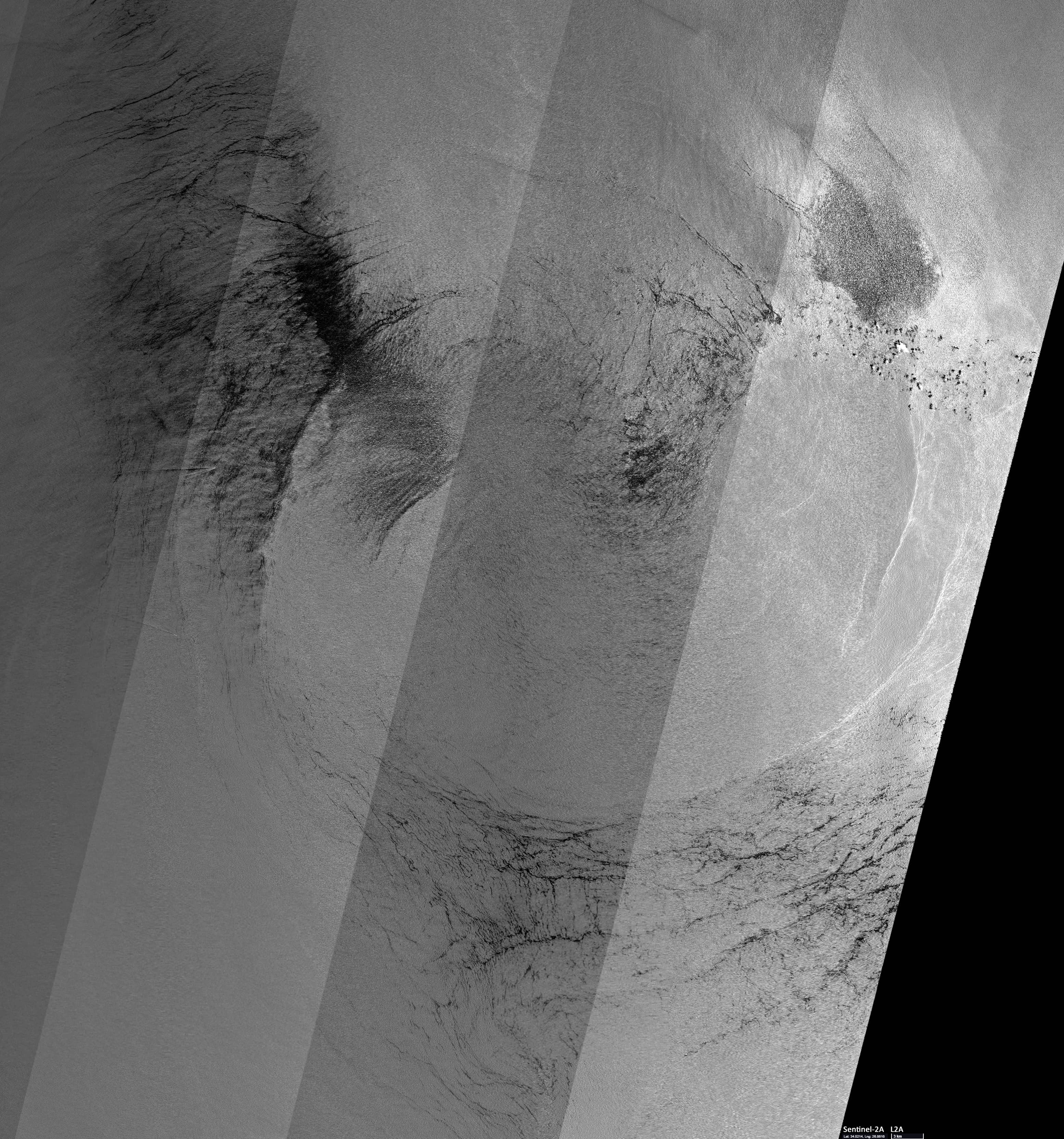