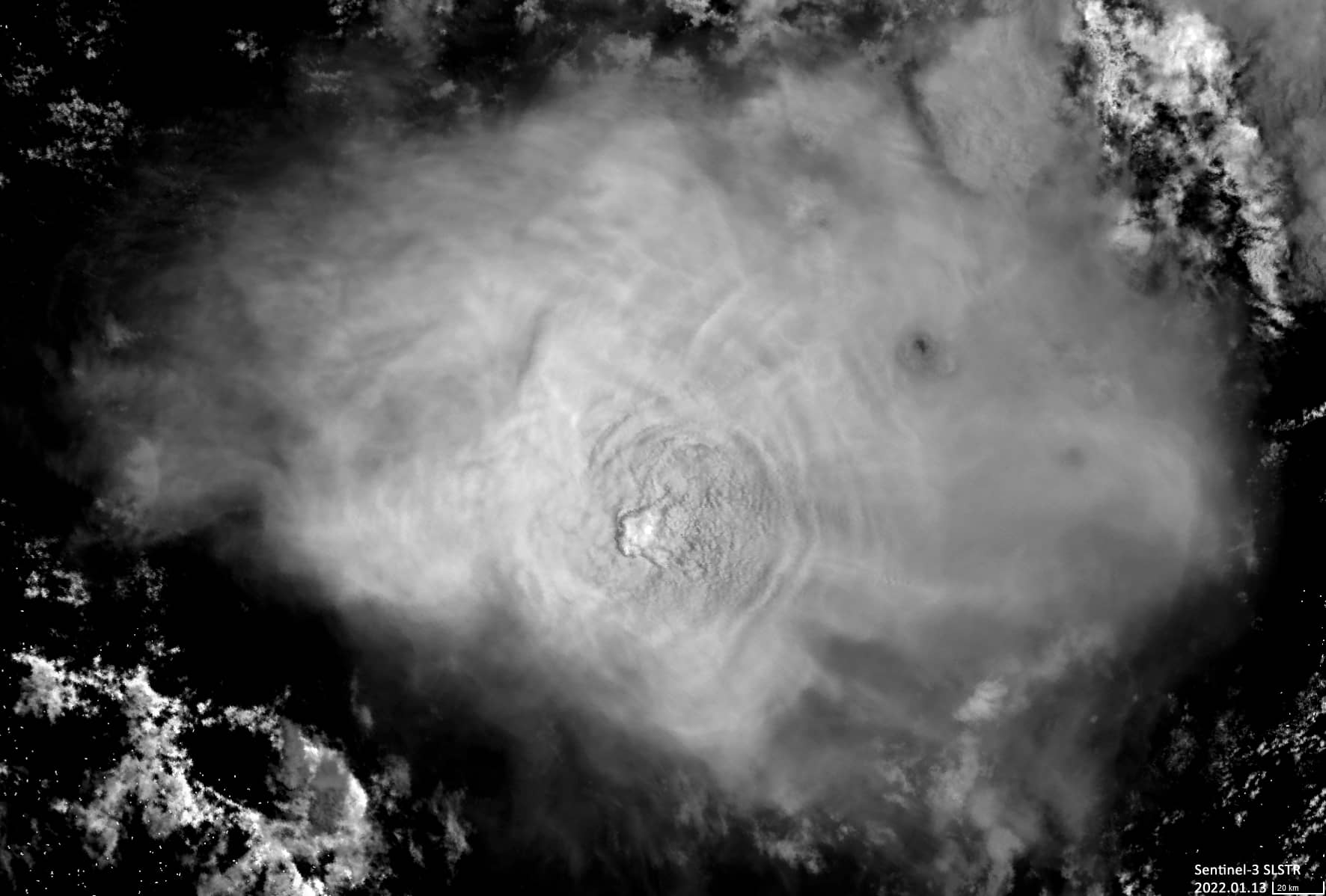 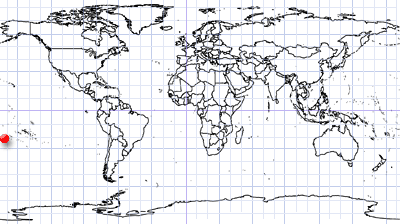 The underwater volcano Hunga Tonga-Hunga Ha’apai in the South Pacific Ocean, lying on the Pacific “Ring of Fire” (also referred to as the Circum-Pacific Belt), has erupted only recently with a gigantic explosion. Hunga Tonga first erupted on Friday (January 14th) and a second time on Saturday (January 15th).  The violent eruptions exhaled a plume of ash, gas and steam 20 kilometers into the air. Satellite imagery, already acquired on January 13th, showed how gases and water vapour broke through the clouds covering the volcano already before the actual explosion. After the 2nd eruption on Saturday, the ash cloud grew to a diameter of more than 300 kilometres within just one hour. Also caused by the eruption, severe tsunami waves have been emitted with  up to 1.50 meters in hight. A shock wave in the atmosphere went around the world, which was measurable even in Europe.

Already in the past few weeks, the volcano had become noticeably active. There had been several smaller eruptions before, so that Hunga-Tonga island significantly increased in size ( second image below). A lot of gases and substances were released from the volcano. This is evidenced by three images with a change in the colour of the water surface around the volcano (December 23rd and 28th2021, January 2nd 2022, third image below).

Saturday’s eruption itself is best represented by the recordings of the Japan Meteorological Agency, whose images were used to create an expressive animation (image no. 4 below). Since the time difference between Western Europe and Tonga is 13 hours, the moment of the eruption there fell in the late afternoon, so darkness set in soon, and it became more convenient to observe the development of the eruption plume in the infrared range.

On the Sentinel-1 radar image (last image below) the process of wave propagation (possibly a tsunami) around Tofua Island can also be seen. 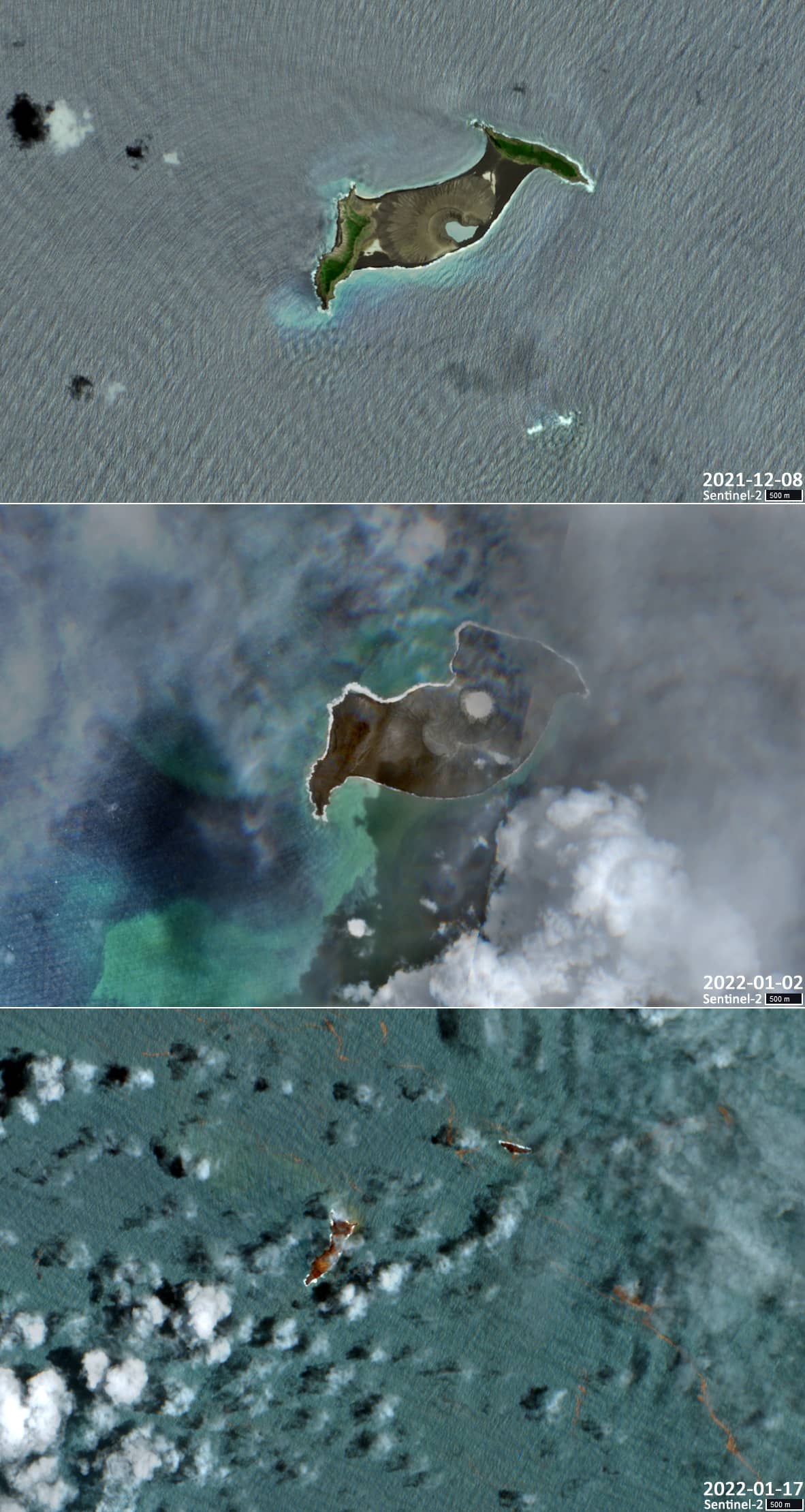 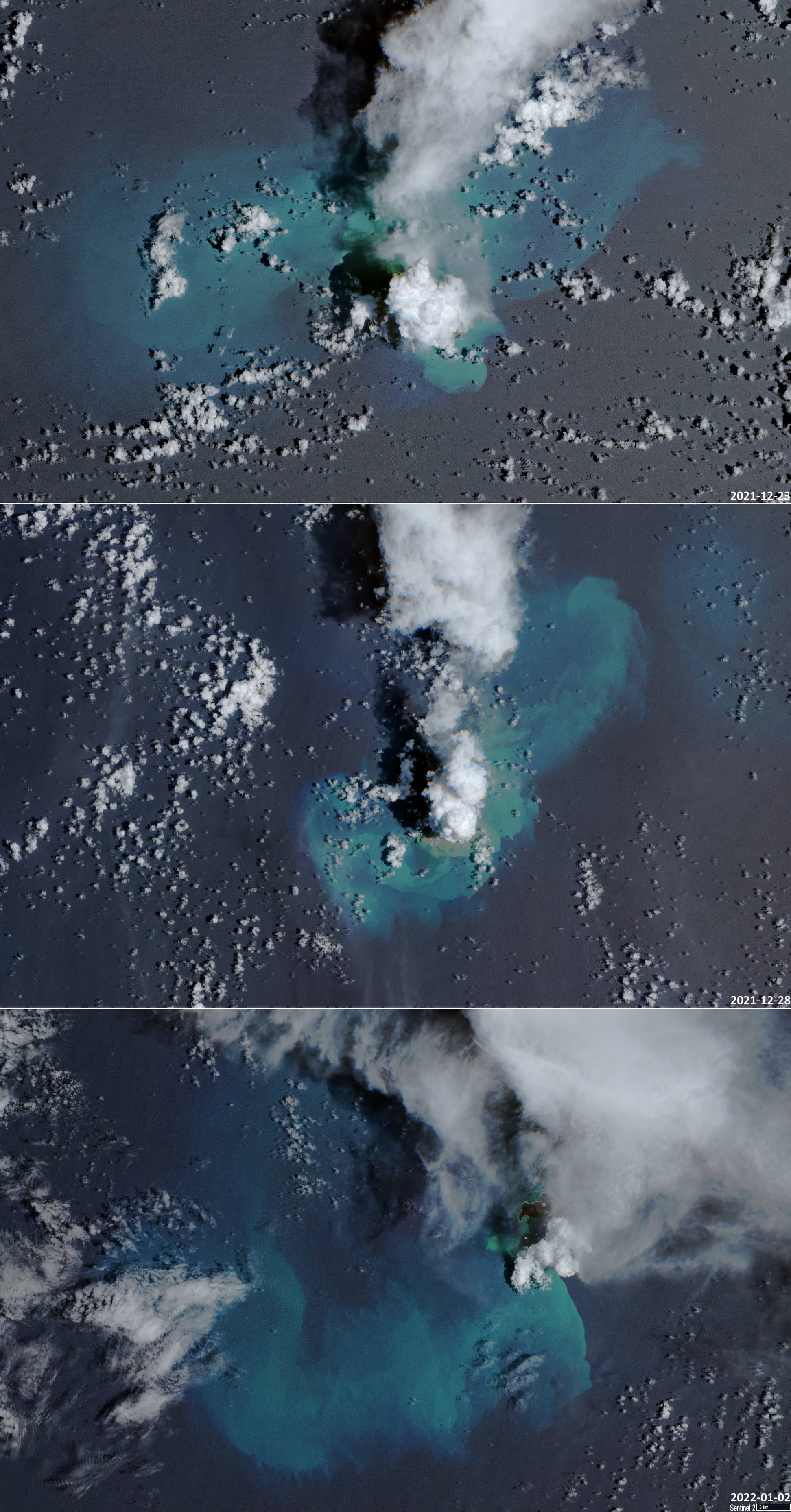 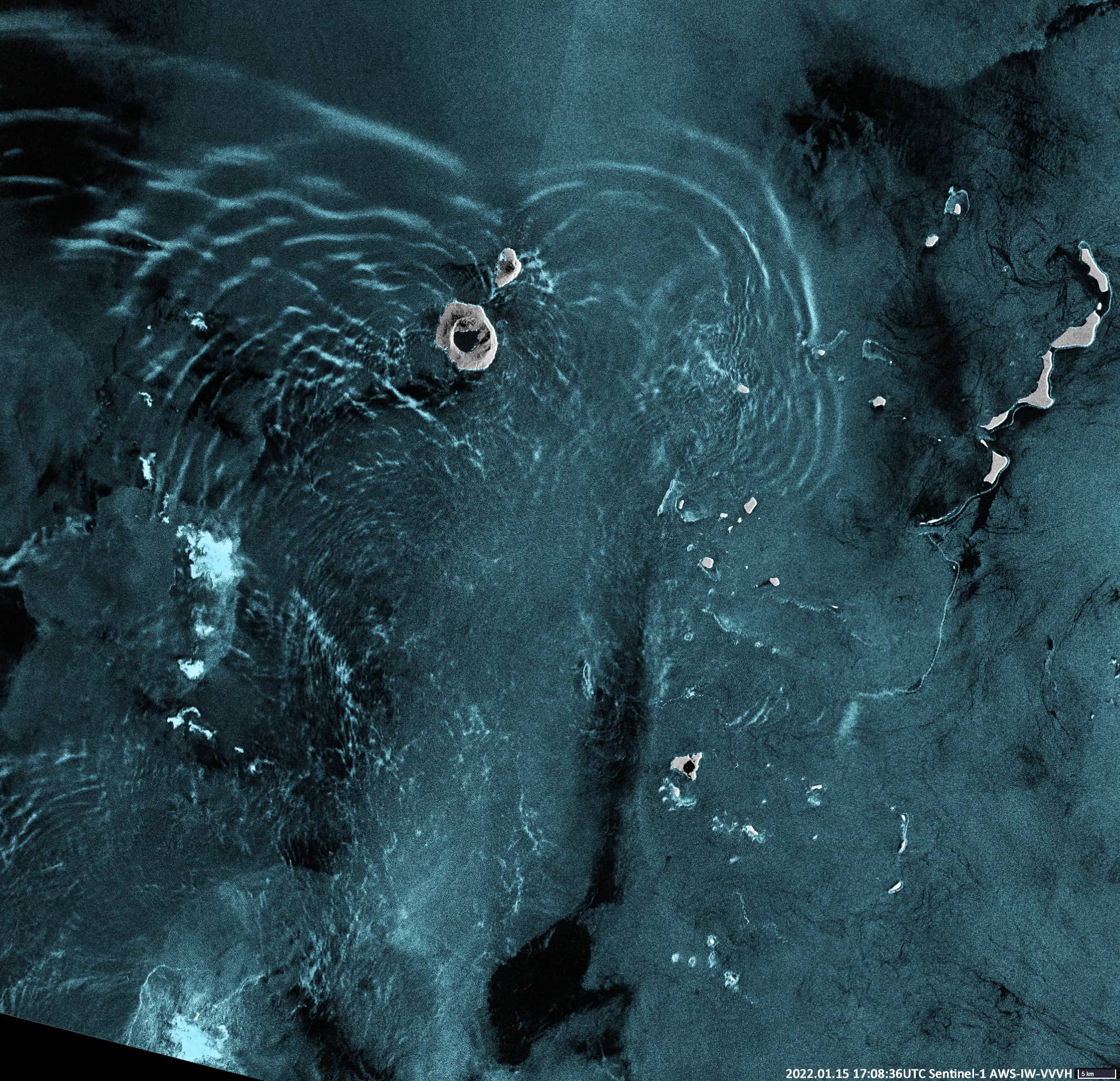