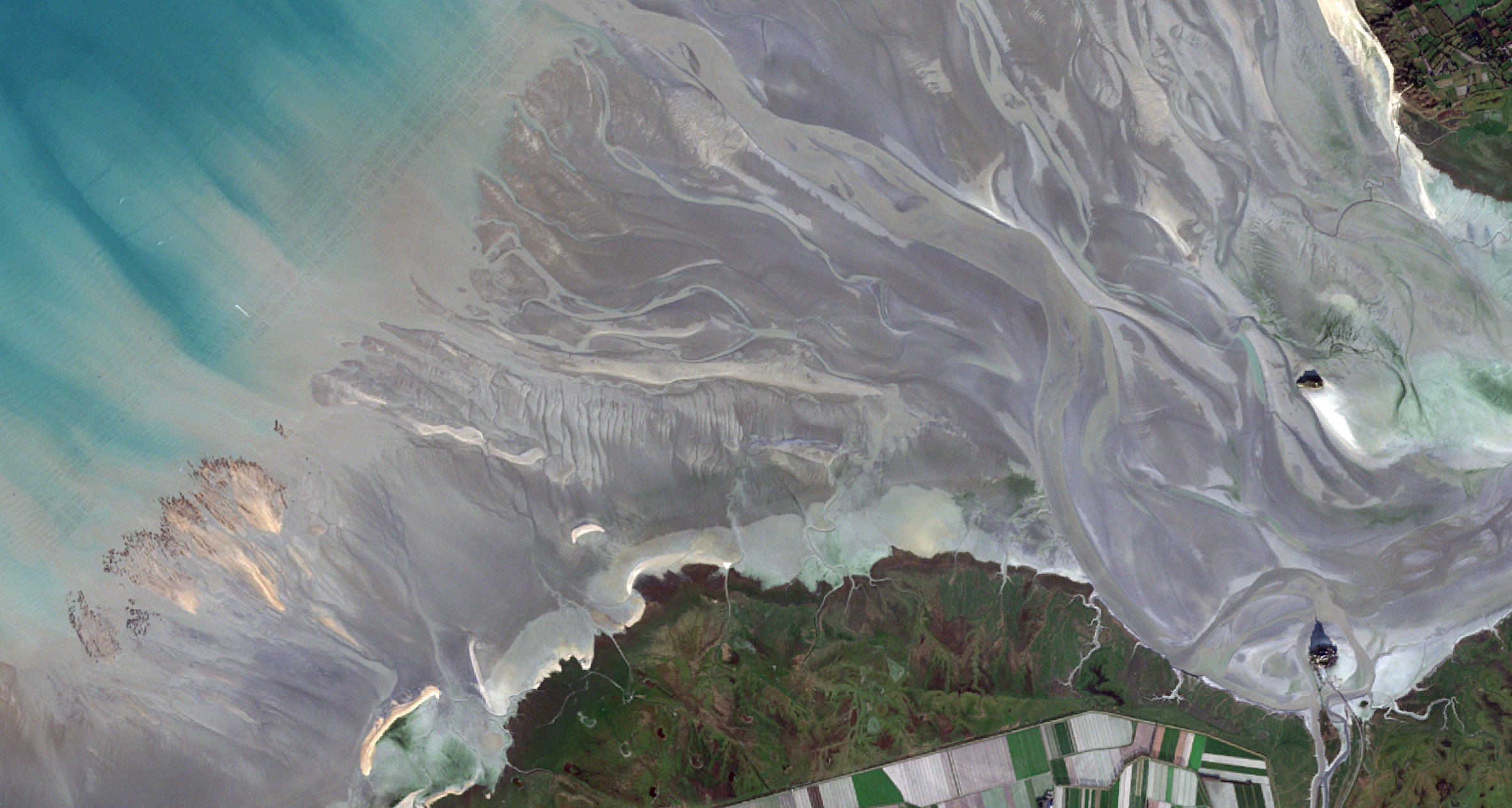 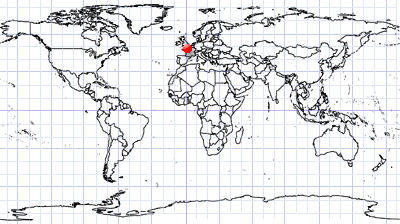 The Bay of Mont Saint-Michel is located in the south of the North Sea between west Brittany and east Normandy. Composed of an area of about 500 square kilometers, it is the scene for the highest tides in Europe.

An exceptional tidal range (difference between the highest and lowest point of the water) at the Mont Saint-Michel Bay is a particularly impressive natural phenomenon. The tide reaches 12 m on average and it can reach up to 16 m during spring tides,  rendering Mont Saint-Michel completely inaccessible. Two factors make the bay’s tide possible: its shallowness and the Cotentin peninsula that forms a natural barrier.

The Bay offers a great diversity of natural environments and thus constitutes the largest expanse of salt meadows and polders in France. The area is also a fertile ground for mussel farming, mainly oysters. Every year, 25,000 tons of this shellfish are harvested at the shores of the Mont Saint-Michel Bay.

The Mont Saint-Michel Island (48.6375°N, 1.512°W), listed as World Heritage by UNESCO, is surrounded by a rich history and well-known for its Benedictine abbey built as a fortified monastery in the XI-XVI centuries.

Just at this time, the satellite flew over the bay and captured such a rare image: Sun azimuth ~169 °, solar zenith angle ~17 °, shadow length of cathedral ~545m. 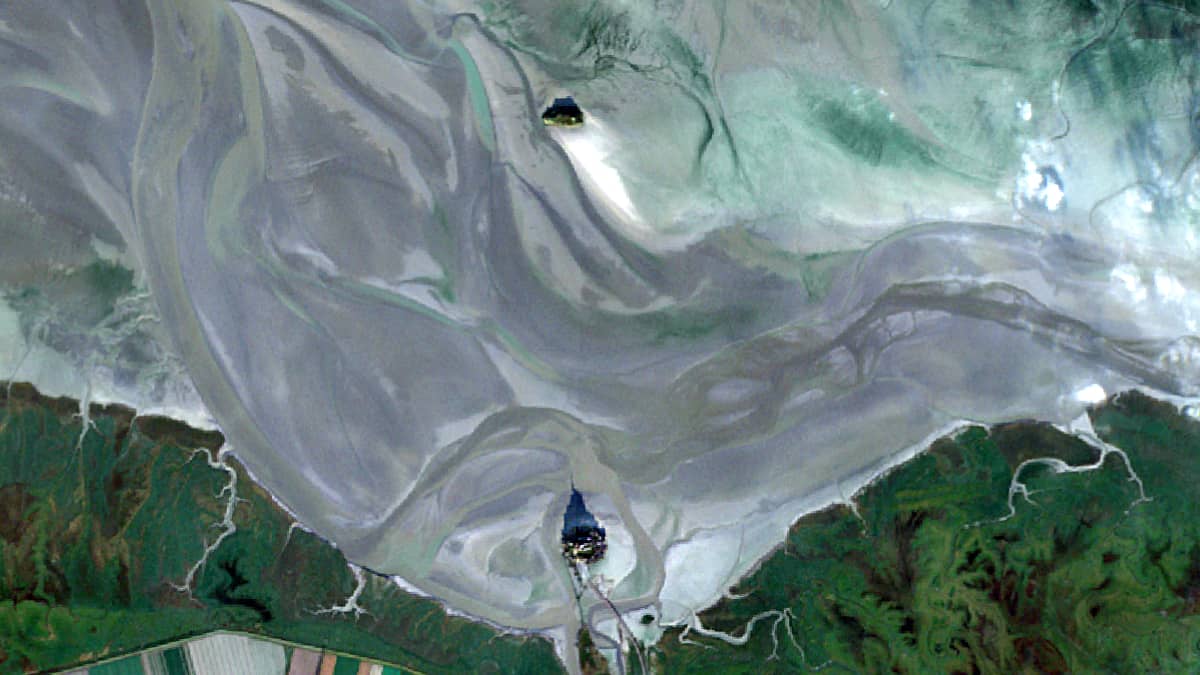