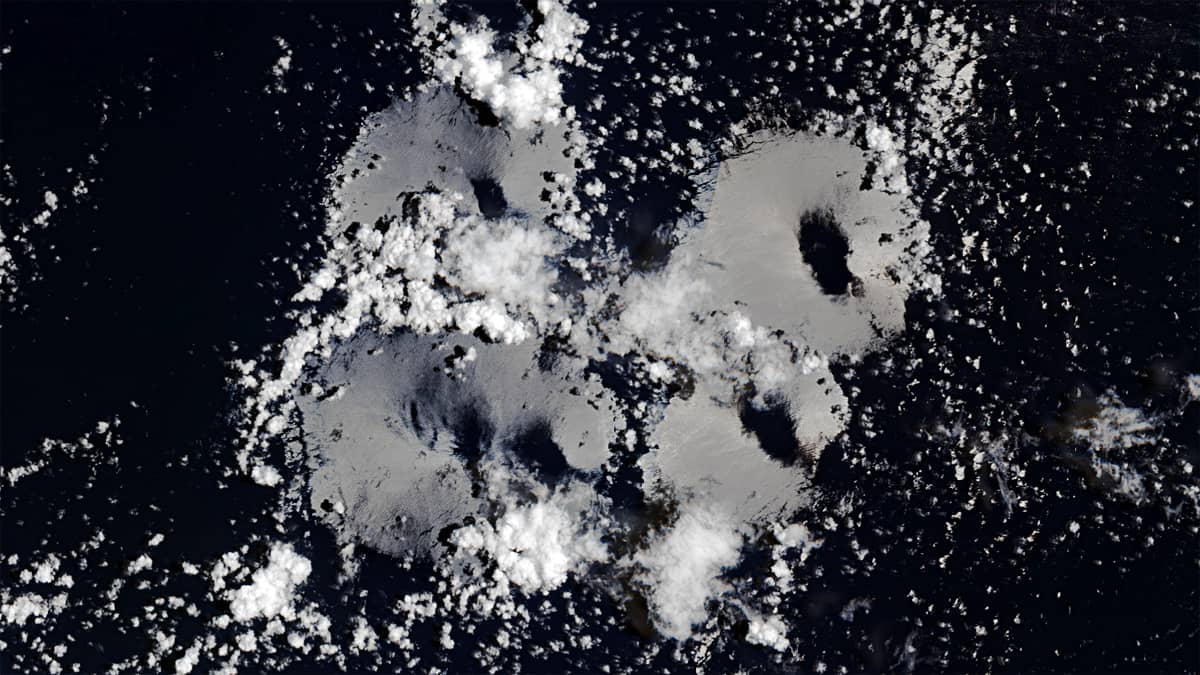 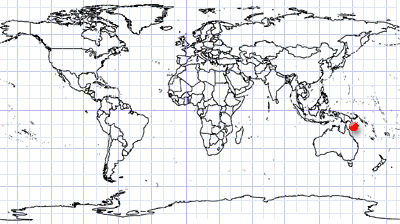 The observation of such circular structures on the surface of the sea occurs very rarely in images in the visible spectral range. Fortunately, many eventualities coincided and made this unique case possible:

The image was taken over the Northern part of the Coral Sea, 160 km Southeast of the Eastern tip of New Guinea. Thanks to the sun glint, a compact group of four circles, 12, 13, 14 and 17 km in diameter, is clearly visible, in which the surface roughness differs sharply from the surroundings. In the centres of the circles there are equally oriented (Northwest – Southeast) oval dark spots, in which sun glint conditions are not met. There are at least two dominant directions of wave propagation inside the light circles – which lead to a very regular pattern of wave troughs and crests. The boundaries of the circles, both towards the internal dark spots and especially towards the external areas, are very sharp. Two more circles can be found not very far away: a large one with a diameter of 22 km, 75 km to the West (s. image) and a small one -, which is almost dissipated , 60 km to the Southeast.

Similar structures can often be seen on Sentinel-1 SAR images, but in the visual range we have never observed anything like it before. On radar images, such circles are usually associated with precipitation during the passage of open convective cloud cells over the sea surface. In this case, there is no precipitation and only a few clouds. In principle, the appearance of structures at the air-ocean boundary can be caused by processes both in the atmosphere and in the water body.

Although we searched in all the available Sentinel-2 images for three years (2019-2022), there was nothing similar to be found. Therefore, we tend to the explanation by open convective cells, although this phenomenon is not typical for this region. 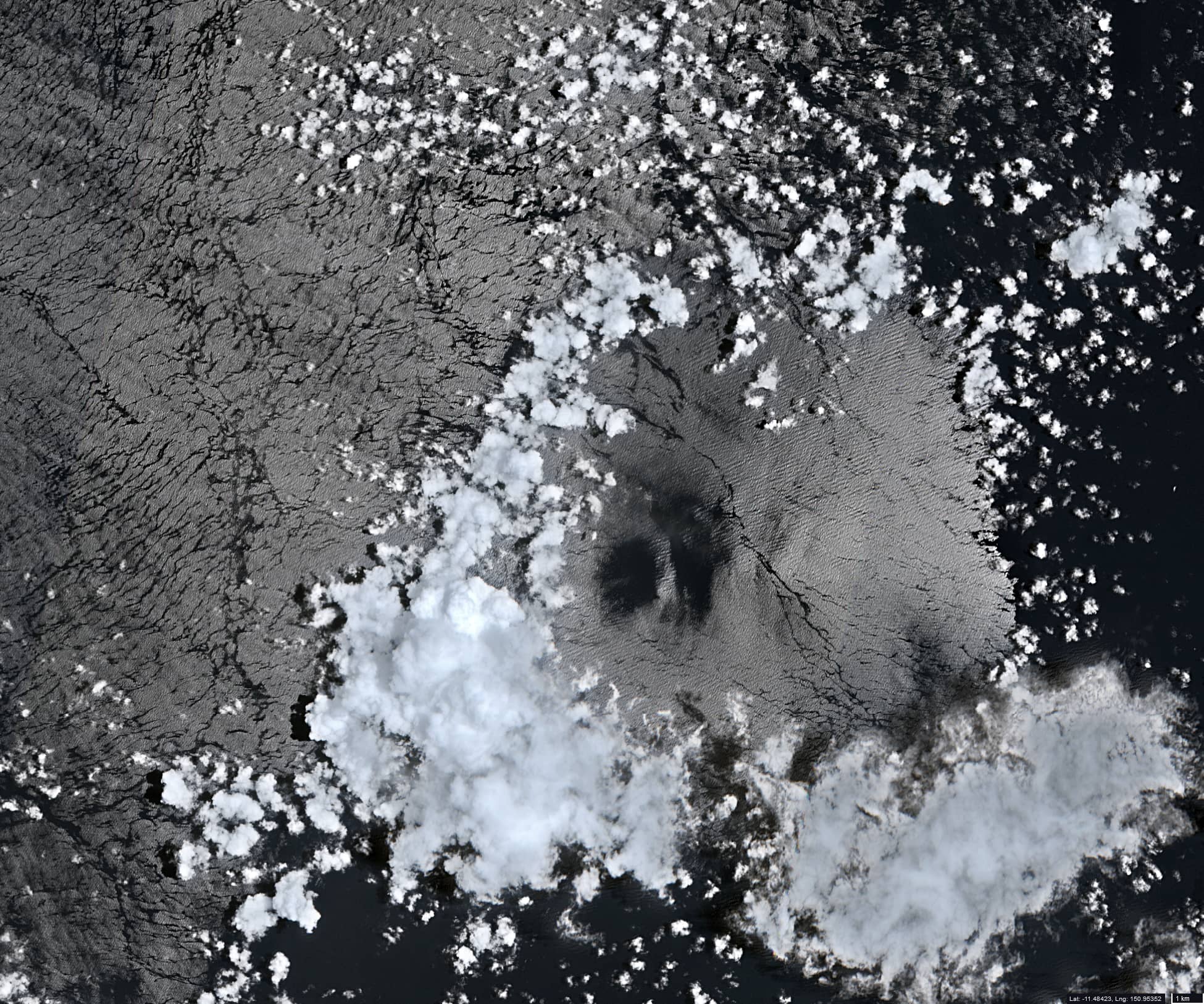