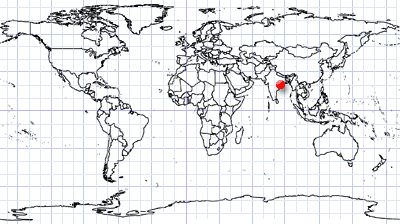 The Baitarani is one of the major rivers in the East Indian state Odisha. The destructive floods in the basin have been known for a long time.

During the annual summer monsoon, the water flow of the Baitarani River and its velocity usually increase considerably, often causing flooding in the surrounding valleys. Although the river is controlled by the construction of canals, barrages and dams, heavy rainfall can still cause widespread flooding when the river overflows its banks. During the winter drought, the Baitarani usually turns back into a shallow and narrow river.

Massive flooding has occurred again this year due to the weather conditions. Mid of August, the water in Baytarani exceeded the dangerous level in many places. But not only in the Baytarani, water levels in all the rivers of northern Odisha are currently rising due to heavy rains caused by a deep depression over the Bay of Bengal and the subsequent  release of water from the Galudih dam in Jharkhand. In addition to heavy rains, there was a squally wind. This weather prevailed until the end of the week, after which there was a clear trend towards improvement.

The Sentinel-2 L2A satellite image and its detailed views show the flooding of the Baitarani River, which carries yellow and orange waters due to the high sediment content. The broken dams can also be seen in some places. In addition, the L1C image clearly shows the areas affected by the flooding. They are shown here in white colour. 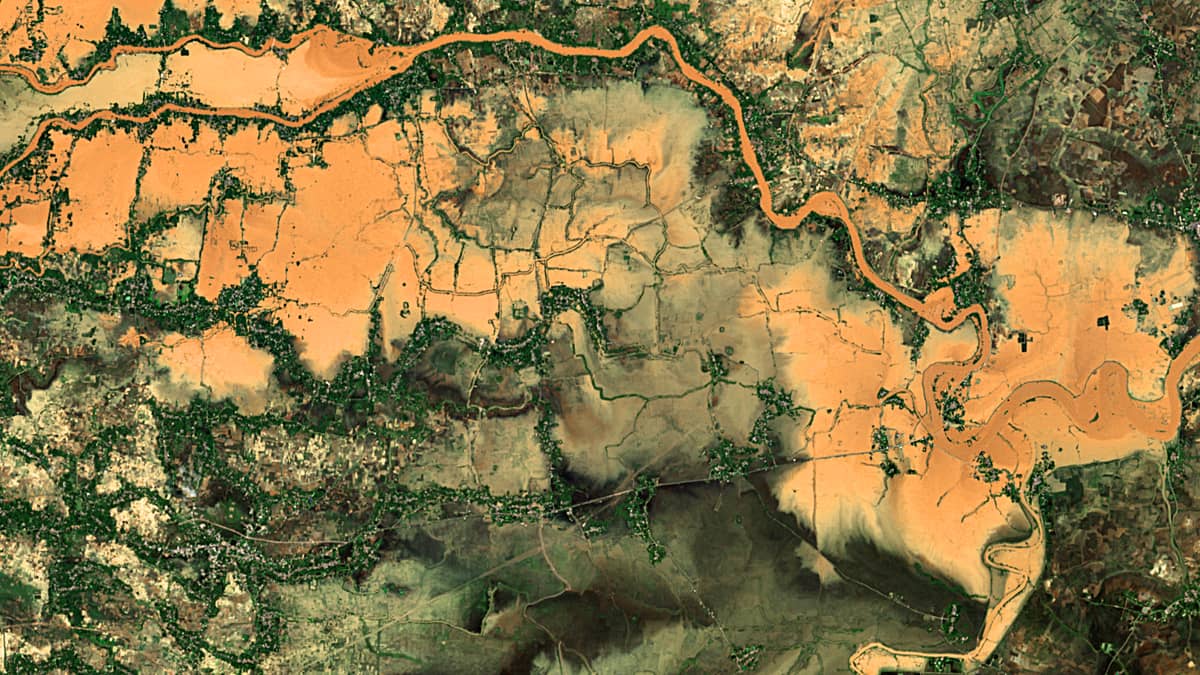 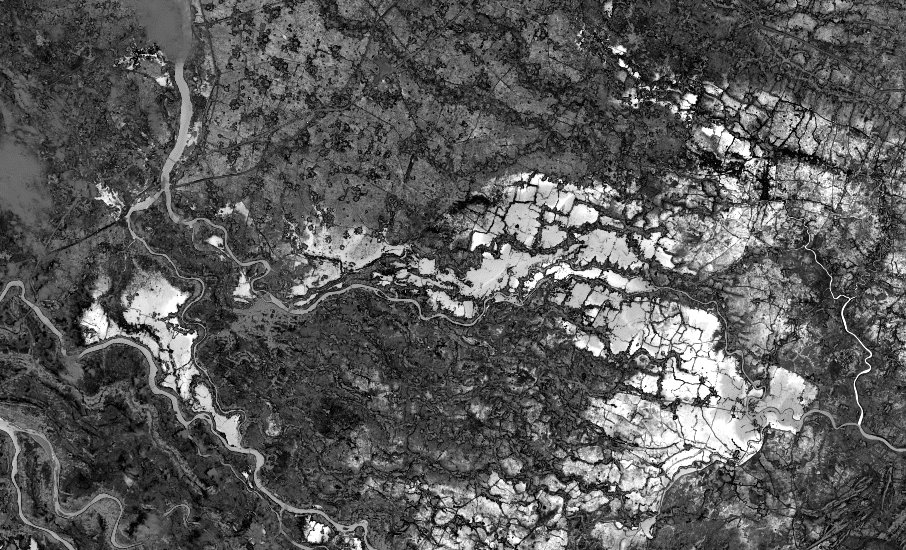