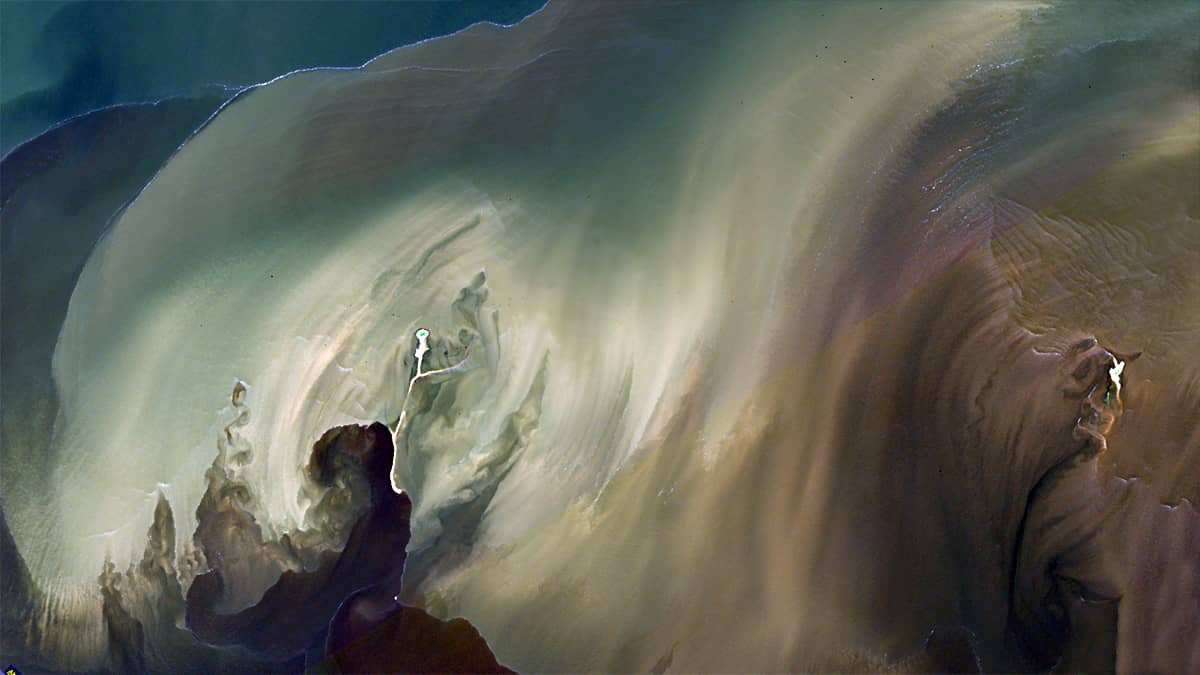 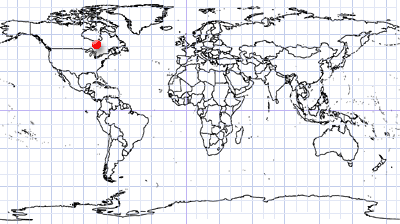 Rupert Bay is located at the southern end of Hudson Bay in northern Quebec, Canada. The bay is fed by several rivers that flow through boreal forest, wetlands and peatlands. They often carry brown-colored water due to sediments as well as organic substances such as tannins and lignins, chemicals found in plants. These substances give the water a yellow, brown or even black color. (For a similar reason, the color of tea is dark). A more general term for the organic substances that can stain water is colored dissolved organic matter (CDOM).
In the bay, fresh water from rivers and tidal salt water from the Atlantic Ocean meet. In this case, various local currents are formed, and as a result – an uneven bottom topography is formed, in the depressions of which heavier substances are deposited and settle.
The satellite image shows that the boundaries between differently colored water masses are often very sharp. This indicates the presence of water fronts due to the varying density and salinity of the water masses.
Long white sinuous lines can also indicate boundaries between river freshwater and salty seawater. The turbulence of the water at such boundaries contributes to the formation of foam from the organic film that accumulates here. This foam looks like a thin white line from space. 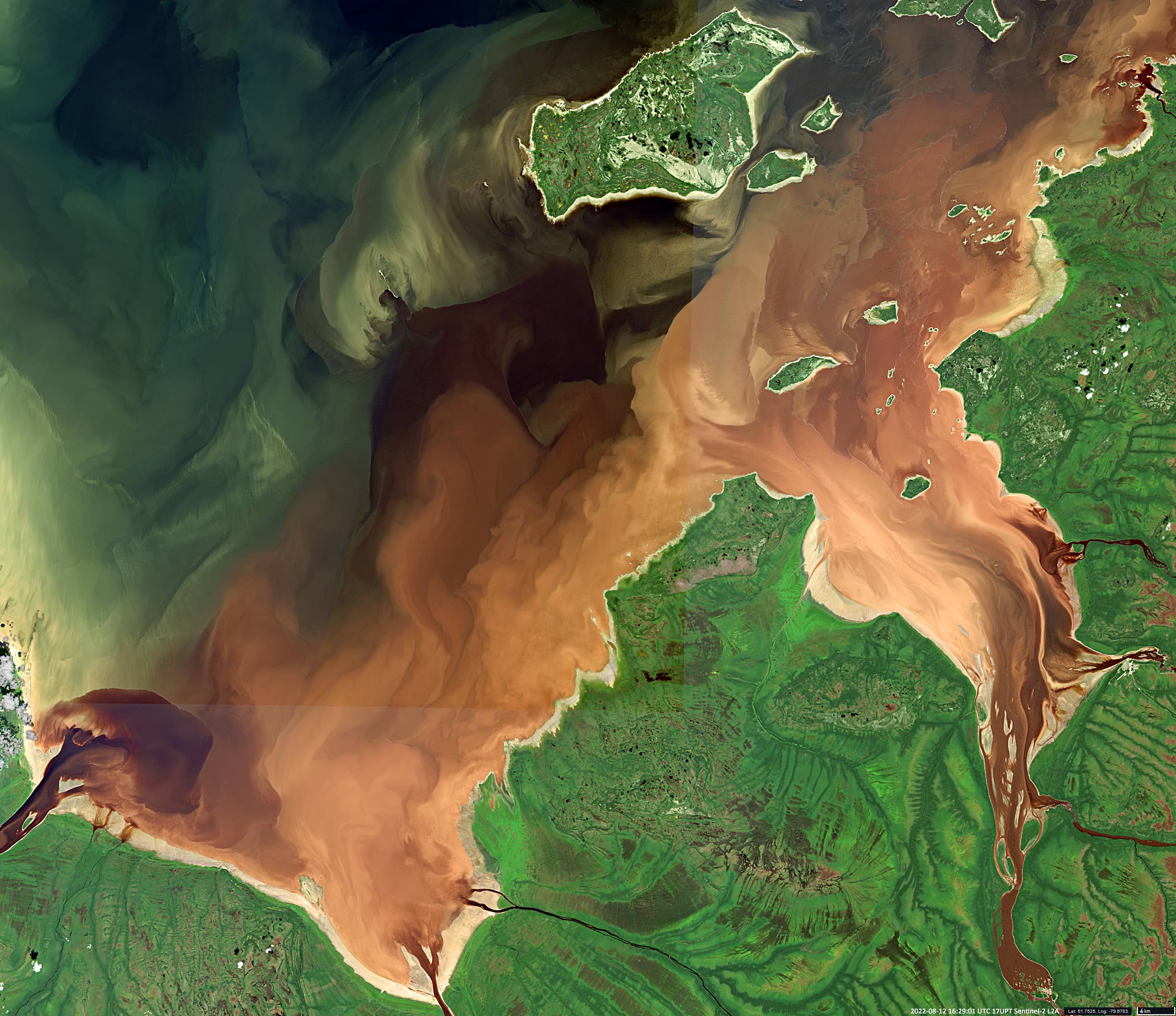