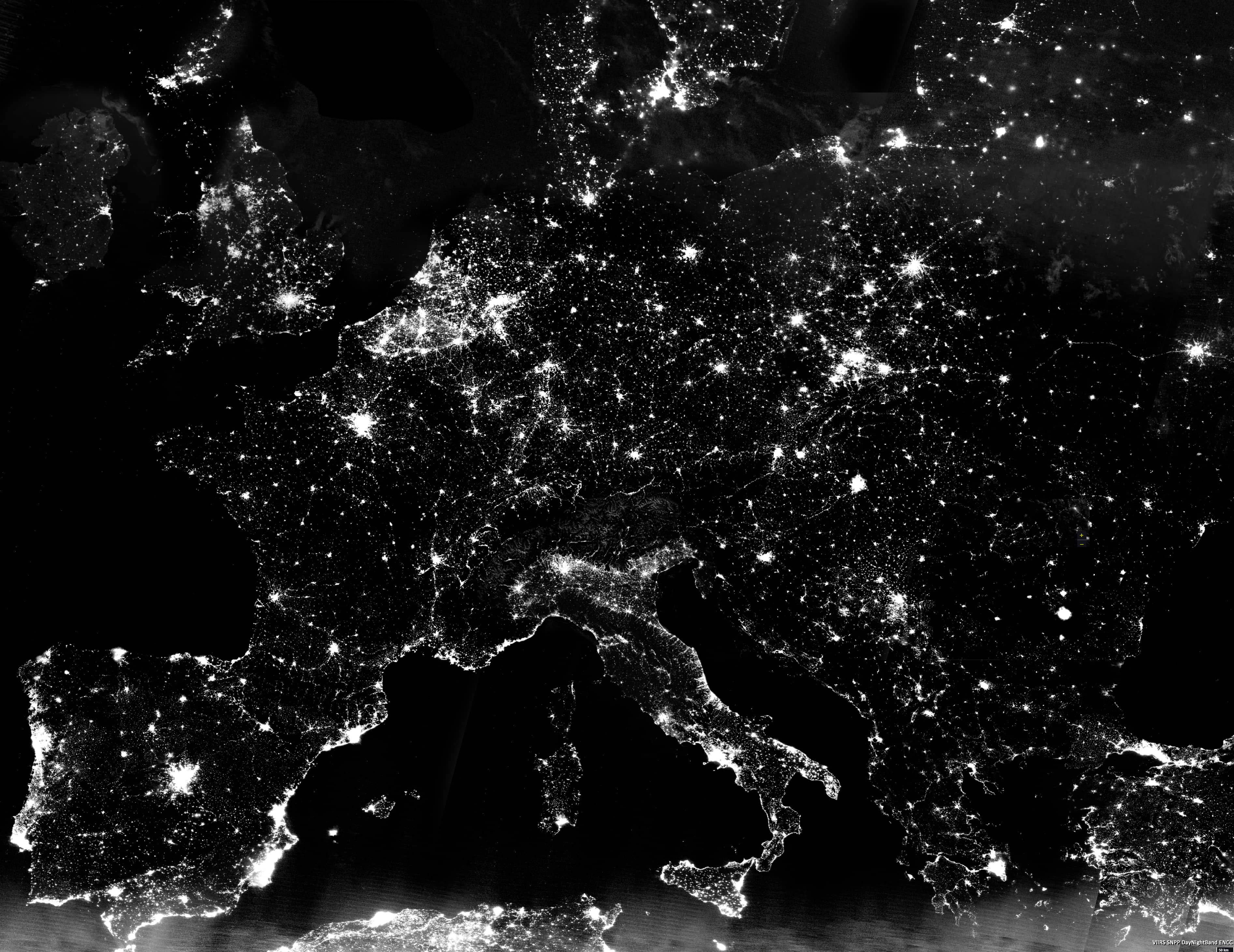 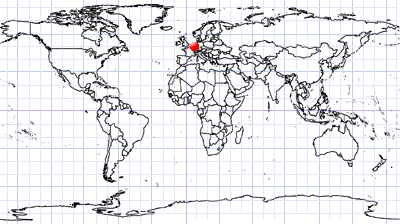 Cloudless superposition of Western and Central Europe during the shortest nights of the year. This product is made of various cloudless satellite images in the above mentioned period.

The Visible Infrared Imaging Radiometer Suite (VIIRS) is onboard the joint NASA/NOAA Suomi National Polar-orbiting Partnership (Suomi NPP) satellite platform. The VIIRS Day/Night Band (or DNB) images Earth and its atmosphere using reflected illumination from the sun, moon, or airglow. It can also detect other night-time light sources emitted from the atmosphere or from sources on Earth’s surface. The DNB produces imagery over the entire satellite orbit, adjusting to the huge variation of light. During night, this is possible by using a sensor that was developed to detect low-light emission sources. Images taken with this sensor show the Earth’s surface and atmosphere in grey-scale colours. The images are useful for showing, e.g., patterns of human activity and energy behaviours such as cities and highways, the tracking of shipping and fishing fleets at night or the burning of waste natural gas flares etc.