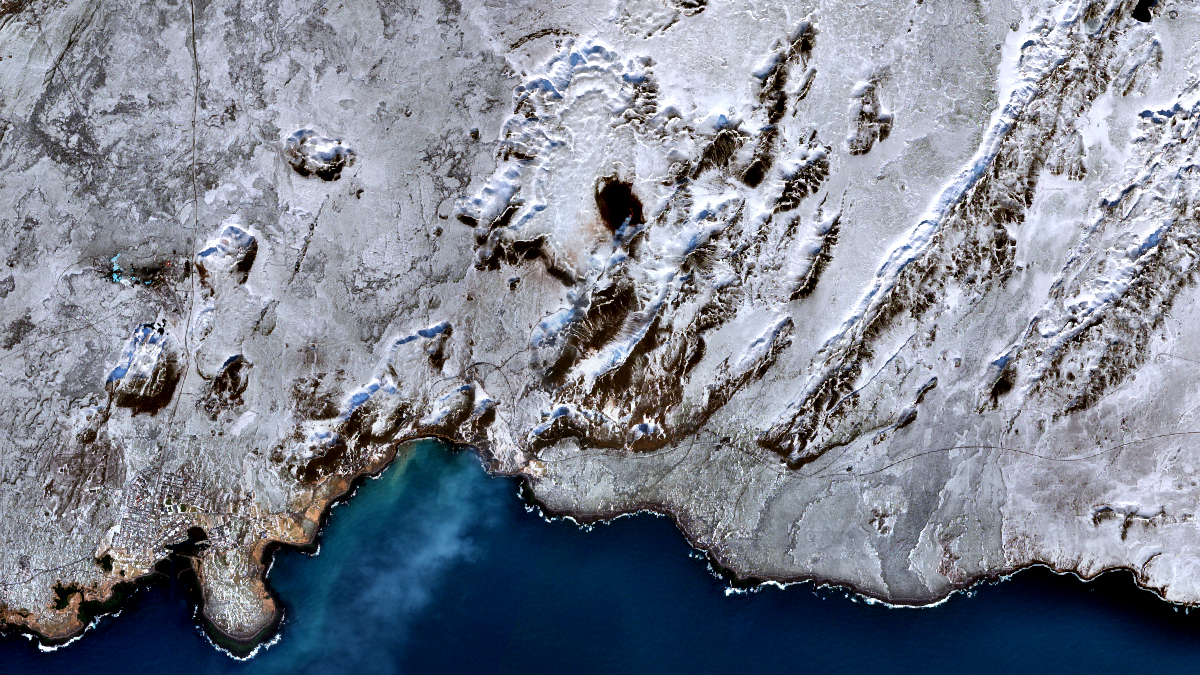 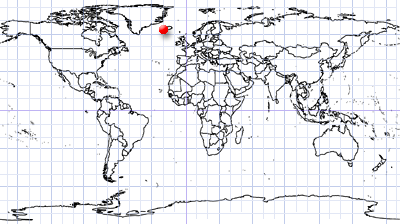 A strong seismic crisis began in the area near Fagradalsfjall since late February 2021, interpreted as intrusion of magma at shallow depth. On March 19th, 2021, the expected eruption of the shield volcano Fagradalsfjall near the capital Reykjavik began. Lava broke through the surface and poured out of a crack that was initially 500 to 700 meters long. Icelanders had been bracing themselves for an eruption for several weeks, after the island nation recorded more than 50,000 recent earthquakes.

The eruption of Fagradalsfjall has not spewed out much ash, no major disruption happened so far and is even not expected. The biggest threat was pollution from the gases that had been released, and nearby residents were asked to keep their windows shut.

Although this event can be considered small, it was clearly visible from several satellites. For example, from the Senstinel-2 satellite on March 30th, the image of which is shown here. Additionally, a Landsat-8 image of the Thermal band showing the tempertature anomaly (acquired on March 29th) is presented. 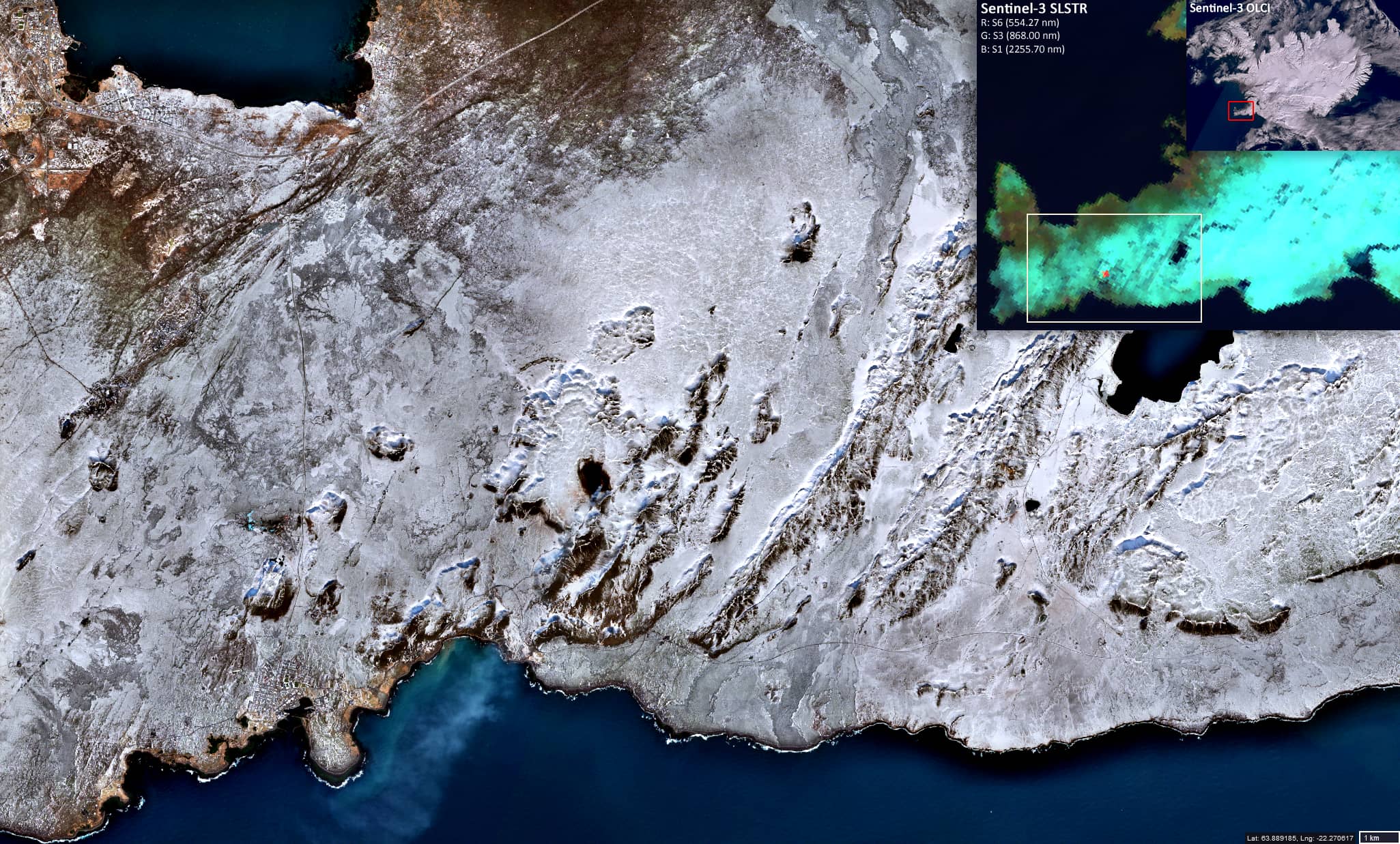 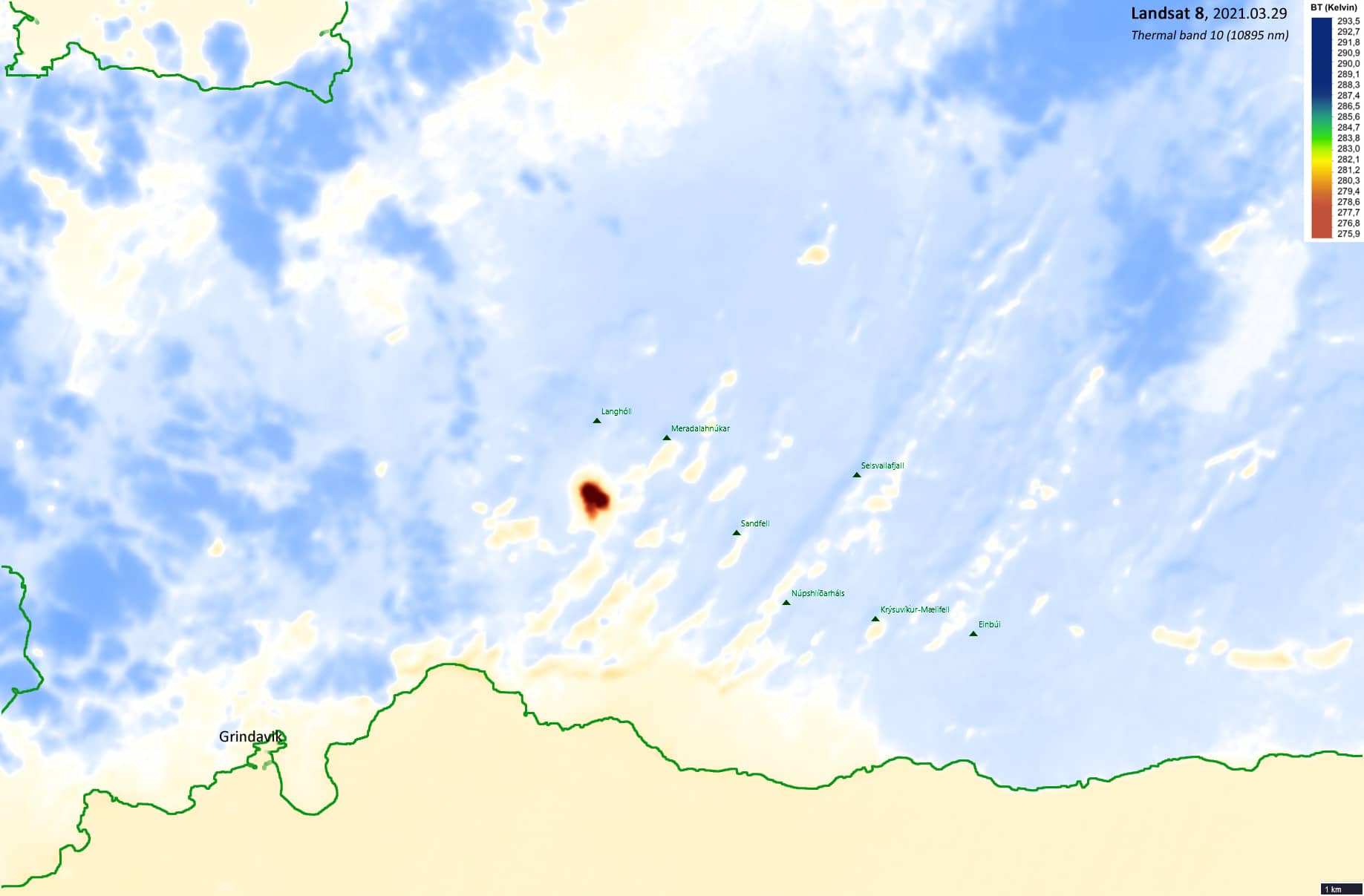