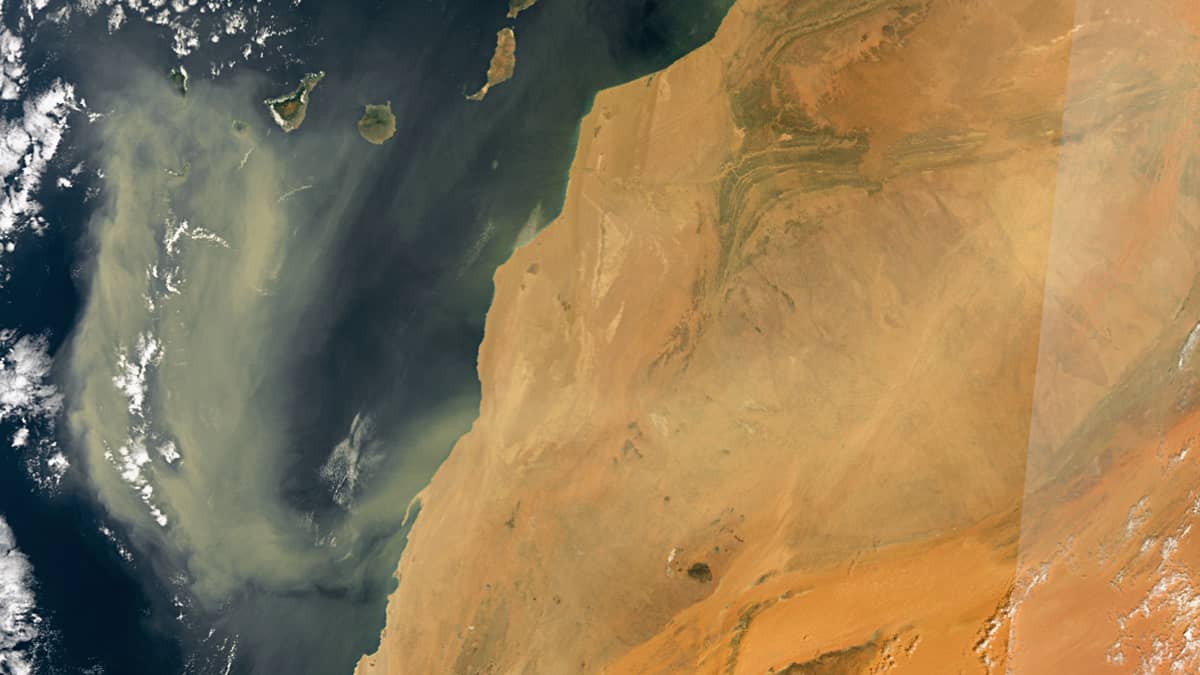 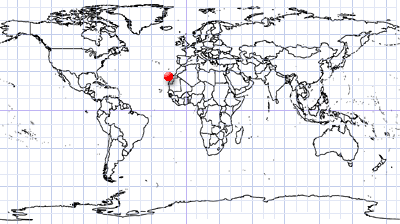 This October, several powerful storms are observed over the Sahara, resulting in dust storms carrying aerosol particles over long distances of up to several thousand kilometers. The presented satellite image from Sentinel-3 shows the spread of a dense aerosol cloud from the Sahara in a north-west and west direction to the Canary Islands and beyond. As shown by the 340 – 380 nm aerosol index GIF-animation (created from 11 days of data from the Sentinel-5 satellite), the aerosol plume is reaching the islands of the Caribbean.

The Saharan air mass is an extremely hot, dry, and often dusty layer of the atmosphere that frequently overlies the cooler, wetter surface air of the Atlantic Ocean. Thus, it forms an inversion layer where temperature increases with altitude. This layer is transported west across the Atlantic, at an altitude of 1.5 to 4.5 km and carries over 60 million tons of aerosols across the ocean each year. Occasionally, a low-pressure area southwest of the Canary Islands increases wind speed and aerosol intensity. The dust can rise with it up to 5 km and reach the Caribbean Sea.

The image taken from Sentinel-2 shows just such an area of high aerosol concentration south of the island of La Gomera. What is interesting about this image is the presence of chaotically directed “clusters” of gravity waves at the top of the layer and their size. Perhaps this phenomenon can be explained by the non-uniform temperature and height distribution of the top of aerosol layer. Because the layer air is dry, the temperature falls rapidly with height. Such a chaotic pattern is hard to find over conventional cloud layer. 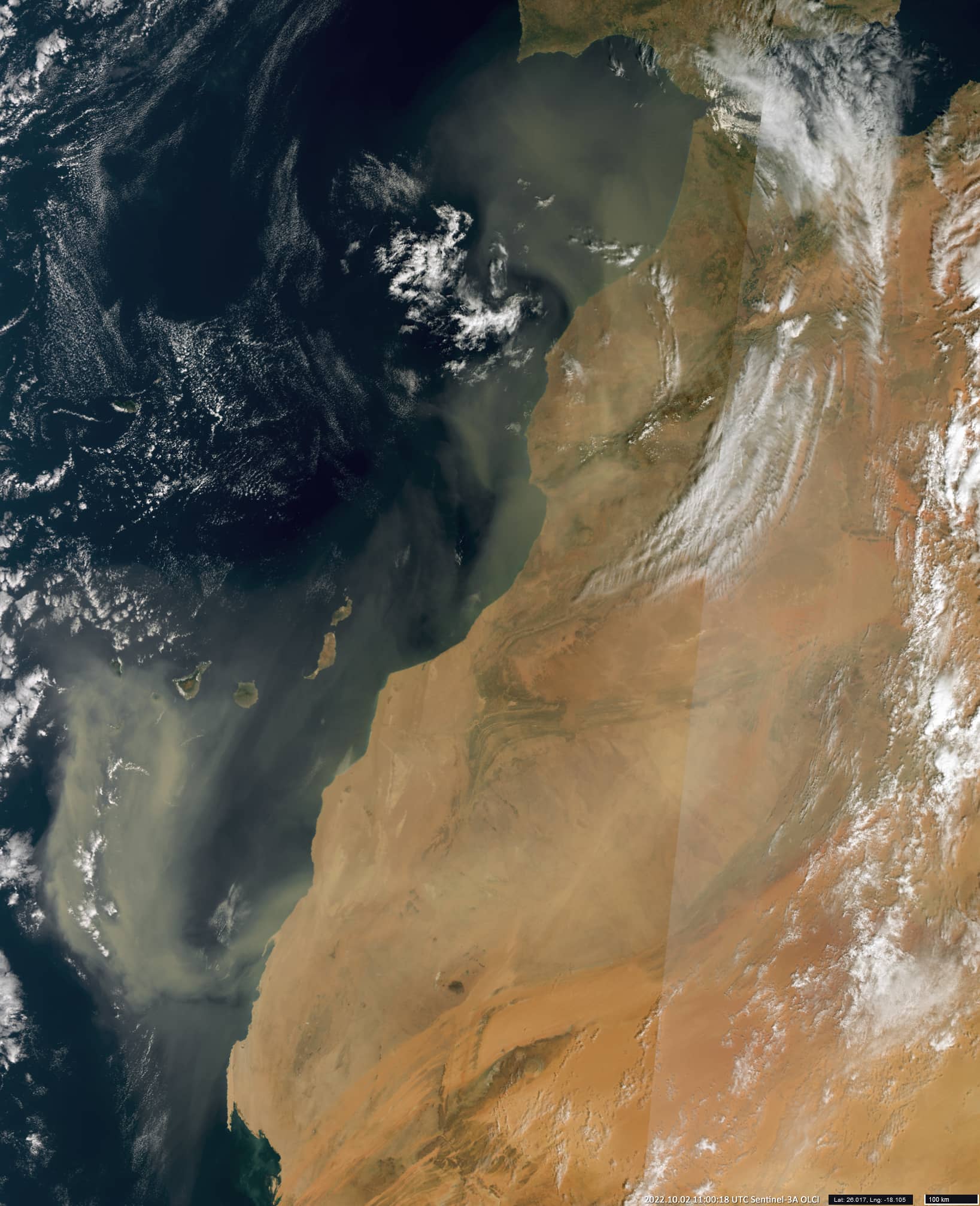 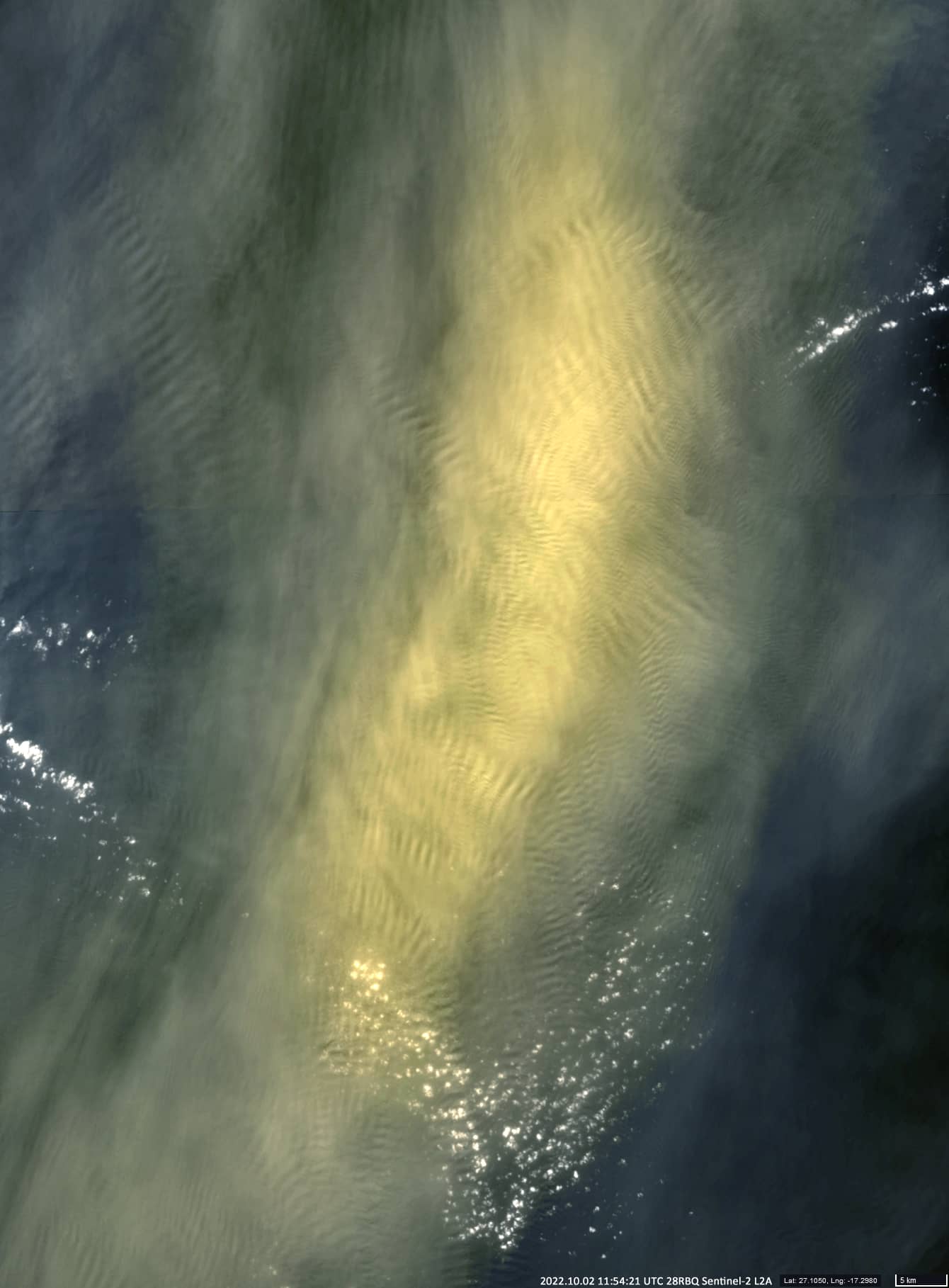