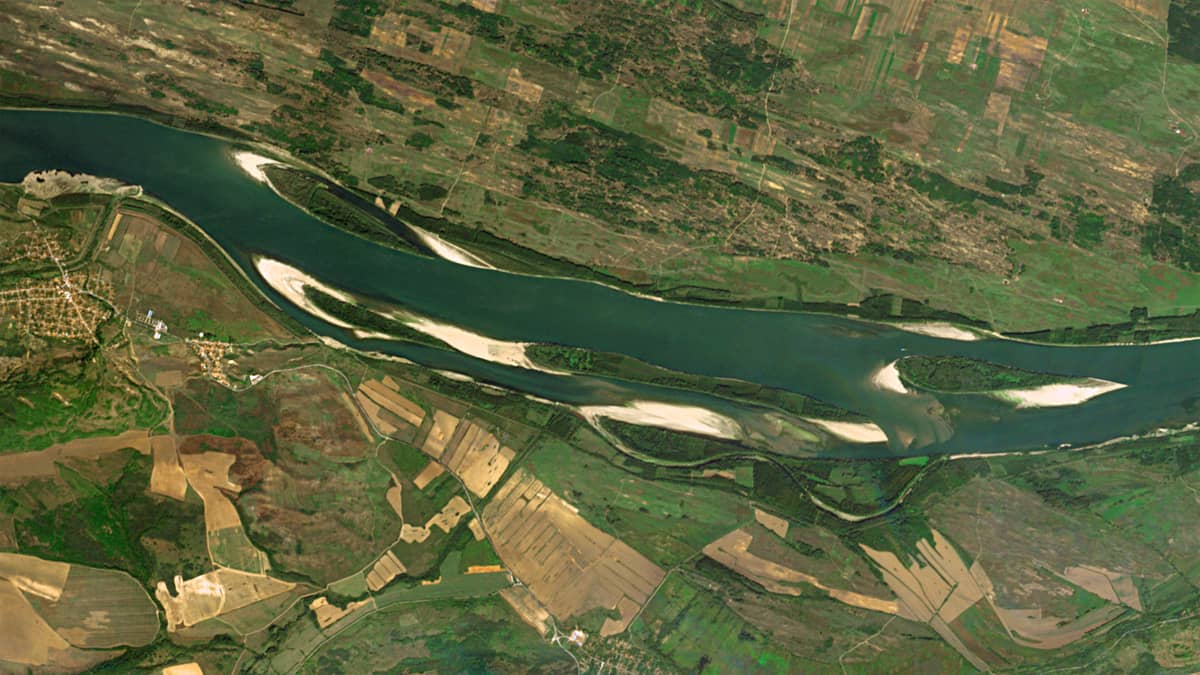 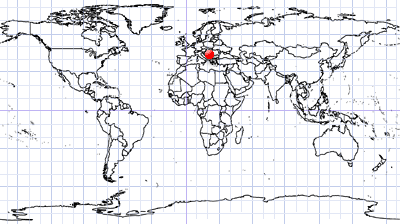 The summer of 2022 was characterized by extreme weather conditions across large parts of the northern hemisphere. The average temperature over Europe during the entire summer (June – August) of 2022 was the highest on record. Much of Western and parts of Eastern Europe in general were much drier than the average. The prolonged drought has caused water levels in many rivers to drop to their lowest levels in almost 100 years. This also applies to the Danube, mostly from Austria downstream.

This low water level can even be observed in the satellite images. The selected satellite image from Sentinel-2 shows a section of the Danube River in the area of Dobrina Island (south of the Romanian city of Desa). In this part the river is a border river between Romania (to the north) and Bulgaria (to the south). Many sandbars that remained under water the year before are visible as (larger) white spots.

P.S. By the way, by the number of brown patches (already re-ploughed agricultural land), can be refereed that the crop in 2022 was harvested earlier than in 2021. 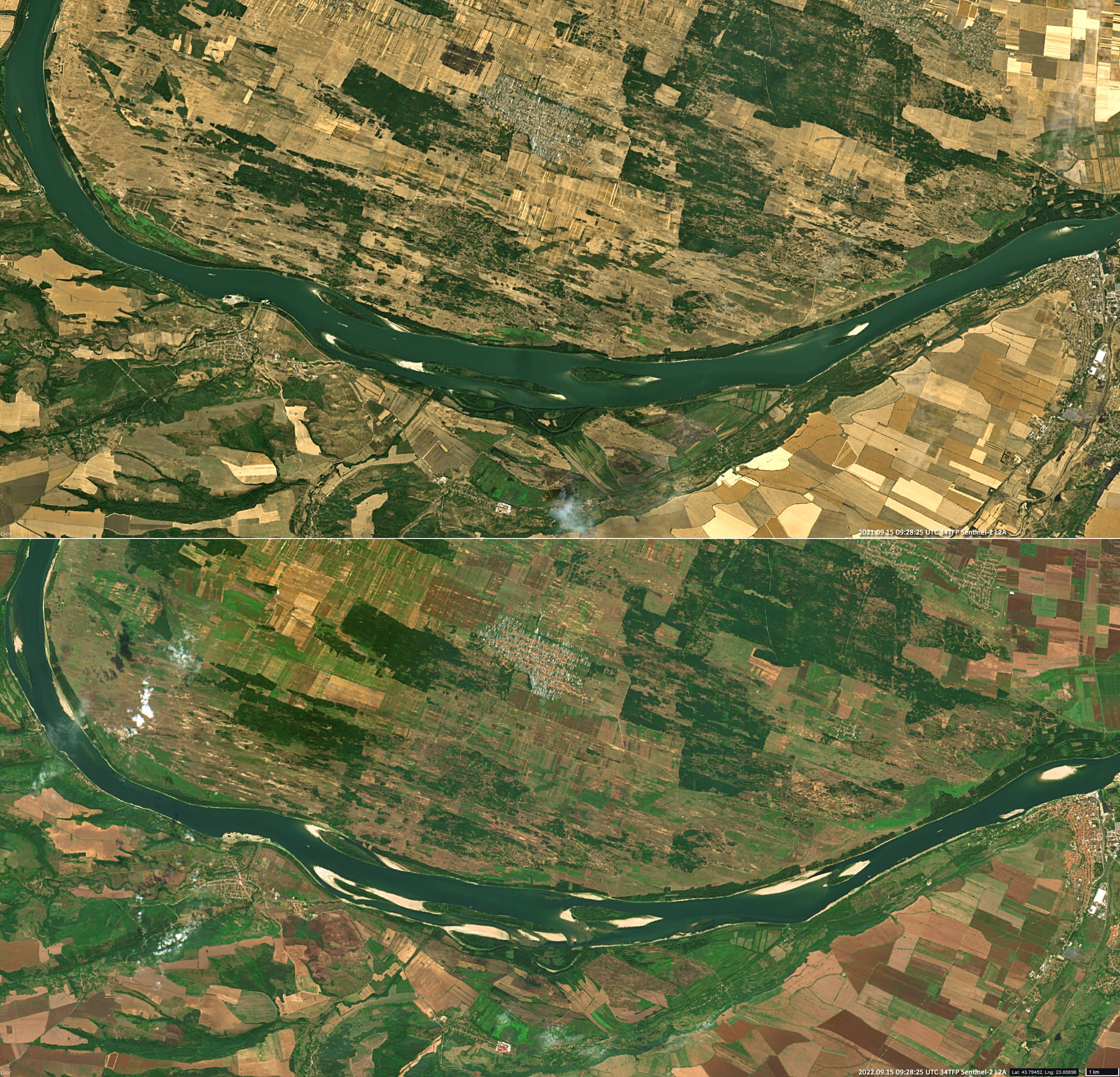