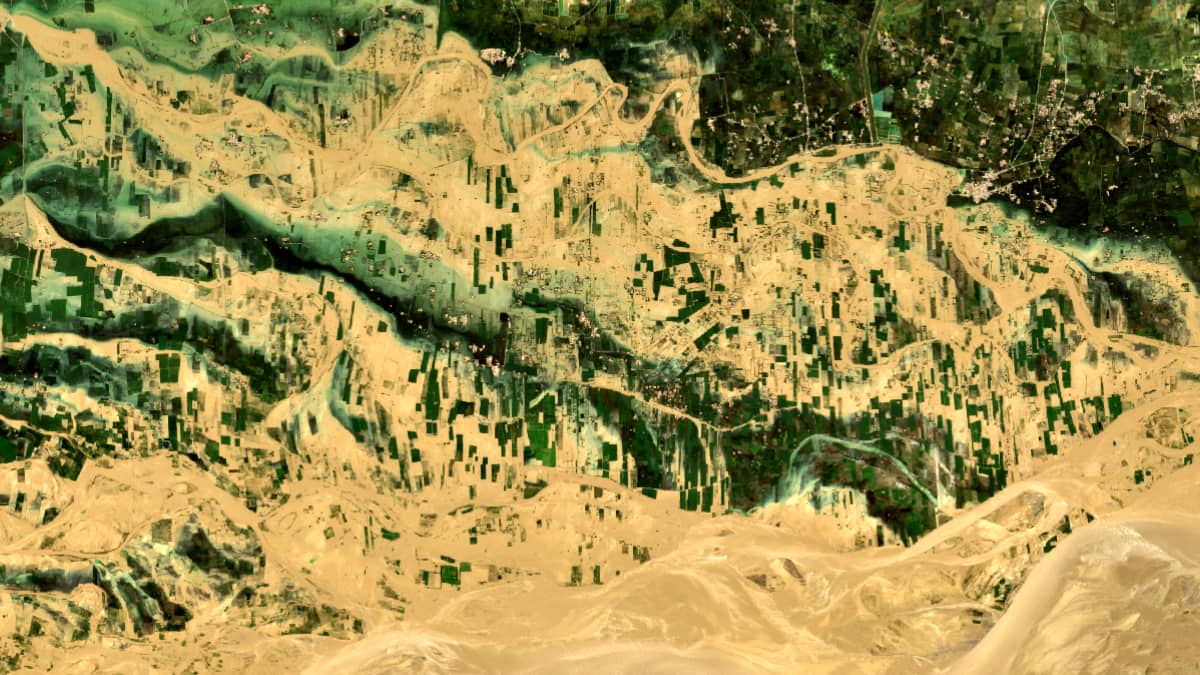 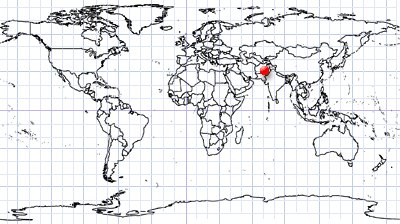 In August – September 2022, Pakistan experienced exceptionally severe flooding due to the heaviest monsoon rains in over 30 years and massive glacier melt in the northern mountains of the country. Global warming has significantly accelerated the melting of the glaciers, which has and will have a huge impact on the water level of the Indus River.

The floods also have regional causes that exacerbate  the problem: Forests have been, e.g., cleared for pasture, building materials and fuel, so the soil can absorb much less water and soil erosion increases. Rivers have been forced into their channels by straightening, taking away floodplains.

About one third of the country is temporarily under water. More than 1,400 people have died, 33 million are affected by the flood.

The Sentinel-2 images shown here depict the flood waters of the Indus River near the inflow of the Sanghar River between the towns of Taunsa Sharif and Pahar Pur. Four images are presented: the left one shows the state of the area before the flood, the other three – during the maximum water rise (different satellite channels were used for a better understanding of the situation, while the image on the right is closest to what the human eye perceives). The lines rising from the water are the roofs of the buildings, the remains of dams and the treetops of the forest belts. Within a week, water levels had almost returned to normal and the floods had moved downstream. 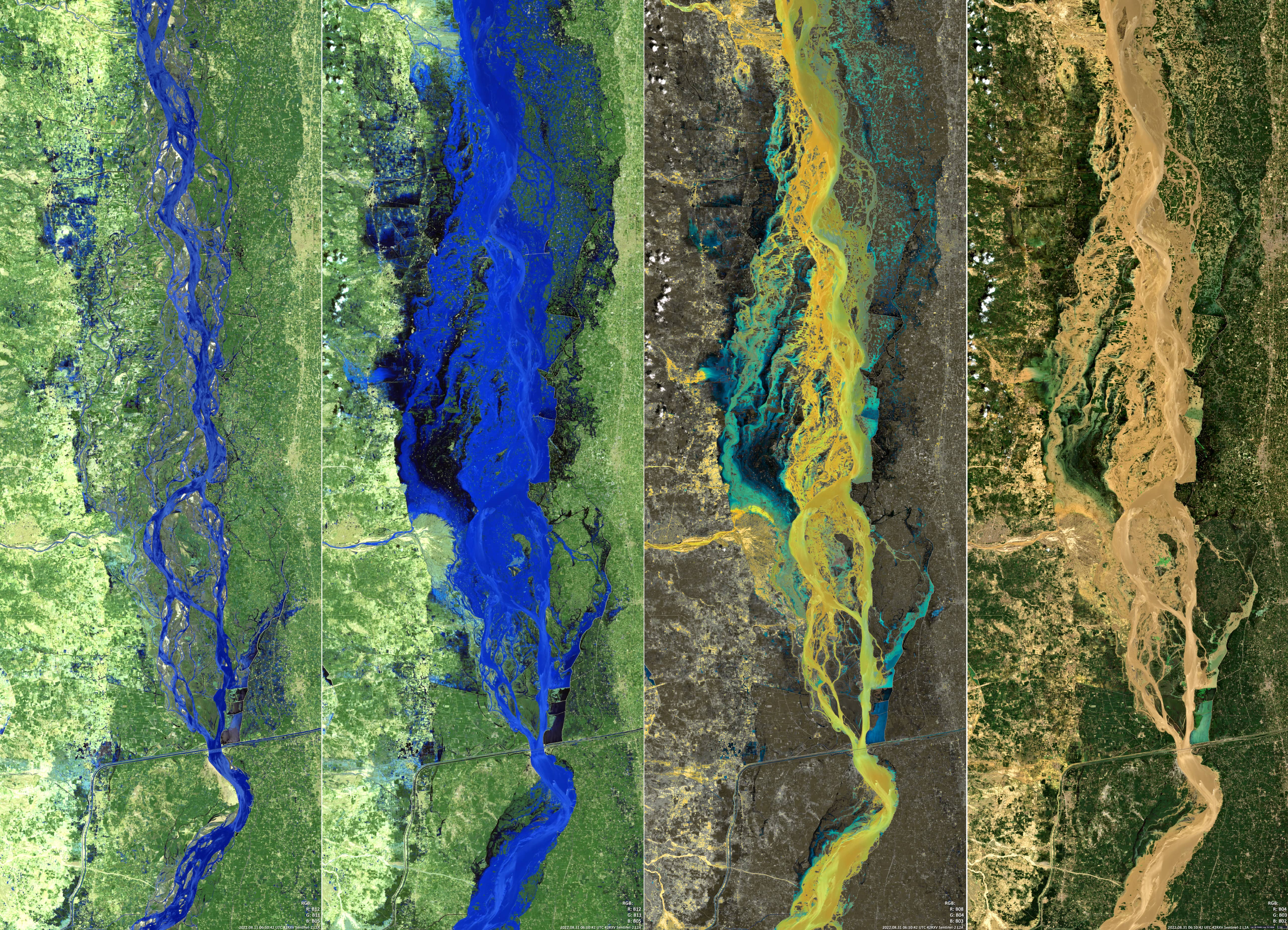