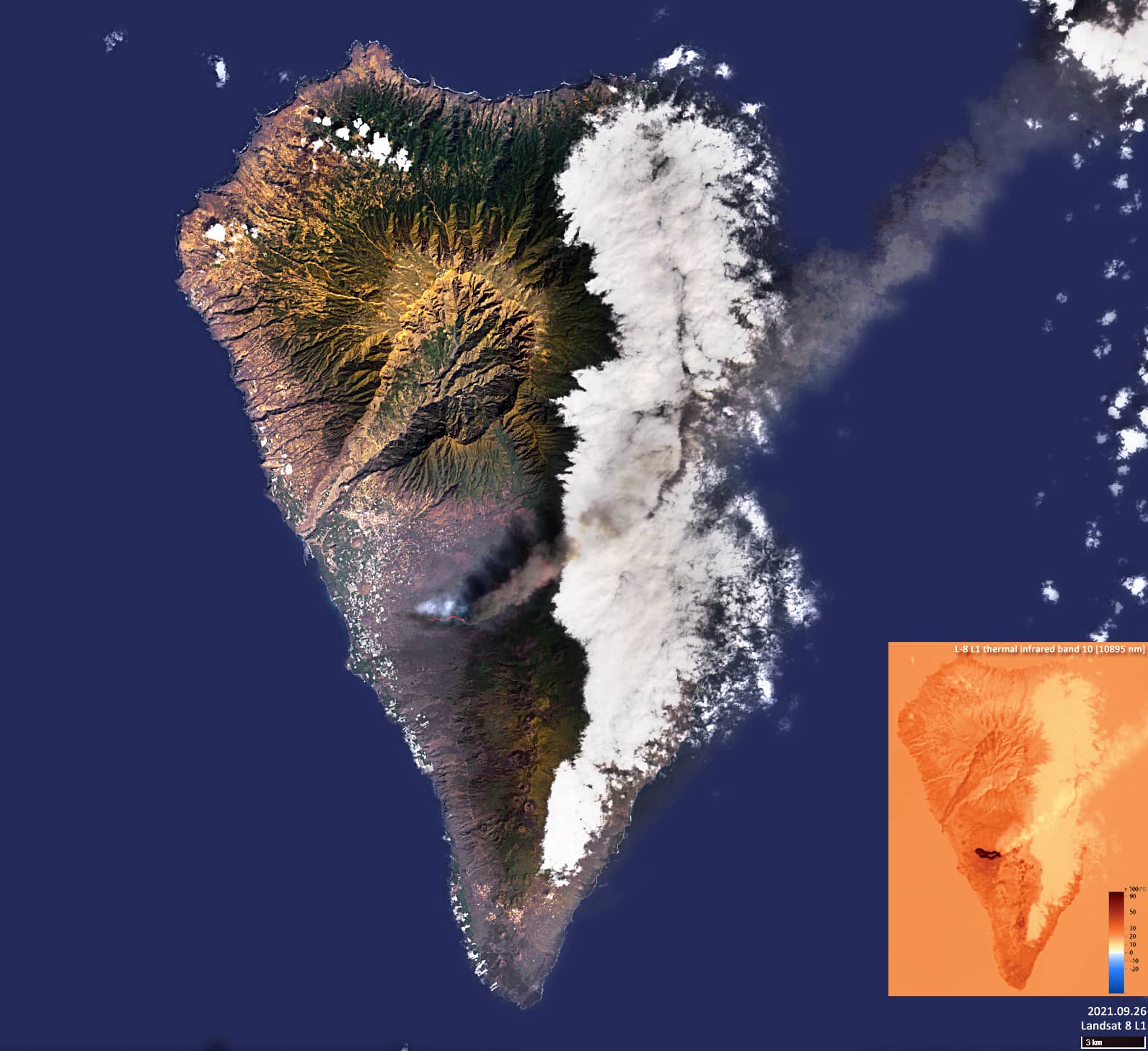 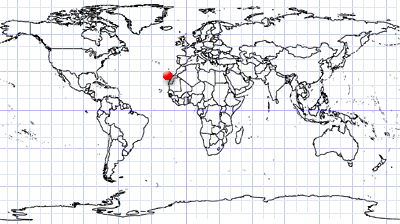 The lava reached the ocean late on September 28th for the first time. Just recently,  on the night of October 25th, another volcanic eruption occurred on the island, which led to the formation of a new lava flow and has now made its way to the already existing lava tongue. According to reports in various newspapers, almost 2,000 buildings have been destroyed by the volcanic eruptions and more than 750 hectares of land have been covered by lava. 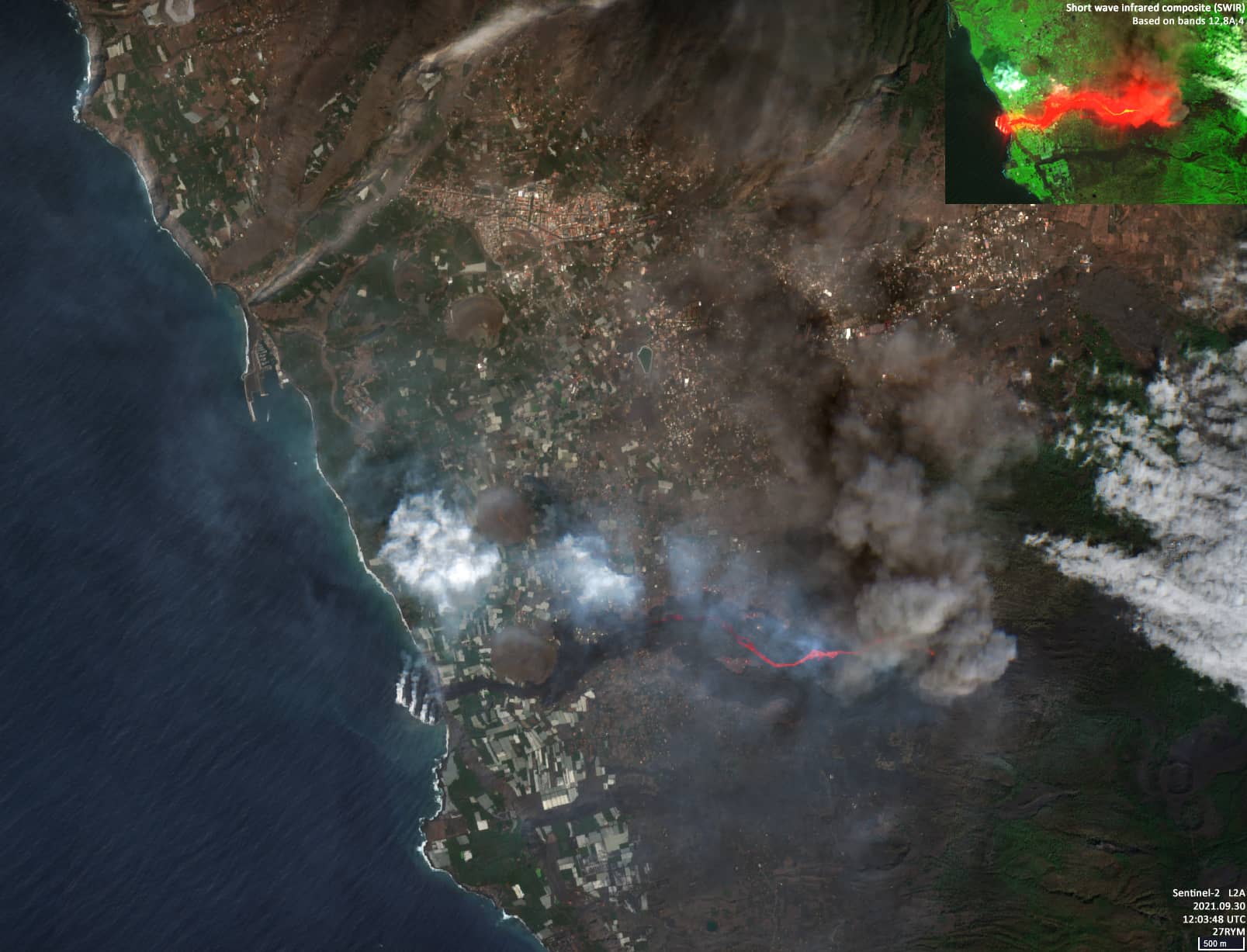 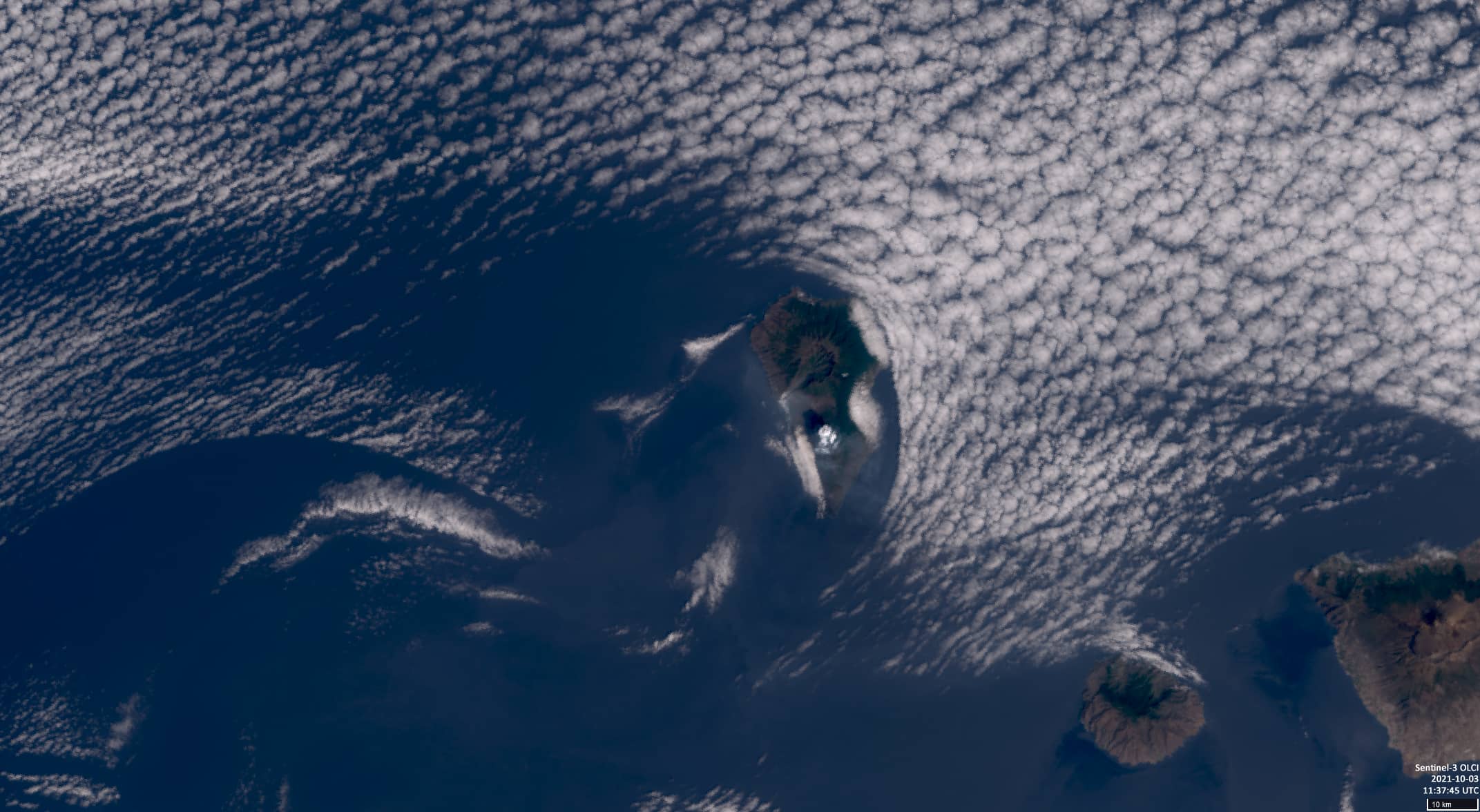