Water Vapour in the Atmosphere

Water vapour is the strongest of the greenhouse gases, although it is not directly controlled by anthropogenic emissions. The contribution of water vapour to the natural greenhouse effect relative to that of carbon dioxide (CO2) is approximately two to three times greater. However, rather than being directly emitted, the amount of water vapour in the atmosphere changes in response to changes in surface and atmospheric temperatures. With every extra degree of air temperature, the atmosphere will contain around 7% more water vapour. This increase in concentration in return amplifies the greenhouse effect, and therefore leads to more warming. This strong and positive water vapour feedback to temperature changes contributes greatly to the Earth’s equilibrium climate sensitivity. Although CO2 is the main anthropogenic control knob on climate, and water vapour is not a significant initial forcing, the latter is nevertheless a fundamental agent of climate change, as outlined in a bit more detail below.

Because the saturation vapour pressure of air increases with temperature, it is expected that the amount of water vapour in air will generally increase with a warming climate. Observations from surface stations, radiosondes, global positioning systems and satellite measurements show these increases in tropospheric water vapour at large spatial scales. It is very likely that tropospheric specific humidity has increased since the 1970s, which is consistent with the observed temperature change in the past decades. The latent heat contained in atmospheric water vapour is critical to driving the circulation of the atmosphere on scales ranging from individual thunderstorms to the global circulation of the atmosphere. For example, local extremes of precipitation on short time scales are expected to increase by roughly 5 to 10% for every degree Celsius of climate warming.

In the upper troposphere and lower stratosphere, the water vapour concentration is a key indicator of convection and strongly influences radiative forcing. In the stratosphere, water vapour is a source gas for hydroxyl radicals (OH) which are chemically active in the ozone budget and directly influence the lifetimes of greenhouse gases such as methane (CH4) and the hydrochlorofluorocarbons (HCFCs).

From above said it is obvious that time series of atmospheric water vapour content are essential to develop a better scientific understanding of the role of water vapour in the climate system, and to validate and improve climate model reanalyses and projections. The Global Climate Observing System (GCOS) has defined various water-vapour related Essential Climate Variables (ECV). The Water Vapour CCI project as part of the ESA Climate Change Initiative aims to generate new global high-quality climate data records of the ECVs ‘total column of water vapour’ (TCWV) and ‘vertically resolved water vapour’ (VRWV) obtained from satellite. The first phase of this project was started in 2018 and ended in autumn 2021. After a transition and planning period, a second major project phase focusing on algorithm improvements and the integration of further input data sets is scheduled to start in early 2022.

In the frame of the Water Vapour CCI project, Brockmann Consult is involved in the generation of the TCWV data sets which are obtained from a combination of satellite-borne sensors measuring at near-infrared wavelengths (Envisat MERIS, Terra MODIS, Sentinel-3 OLCI) and in the microwave range (DMSP SSM/I, SSMI(S)). The work of Brockmann Consult is mainly focused on the implementation of scientific algorithms for the final TCWV retrieval from the original spectral radiances in the satellite products, and the setup and operation of production environments for mass production of large climate data sets covering decades. For these challenging tasks, Brockmann Consult can make use of its expertise not only from their participation in further CCI projects (Land Cover CCI, Fire CCI, Sea Surface Temperature CCI), but also from other applications in the field of Earth Observation from space. Examples of those are also shown on this site. In particular, the TCWV production chain contains cloud detection schemes which Brockmann Consult has developed or contributed to. The algorithms are implemented in Java as scientific operators which use the Graph Processing Framework (GPF) provided by the Sentinel Application Platform (SNAP). Finally, the Calvalus processing system is used for most of the data production tasks. 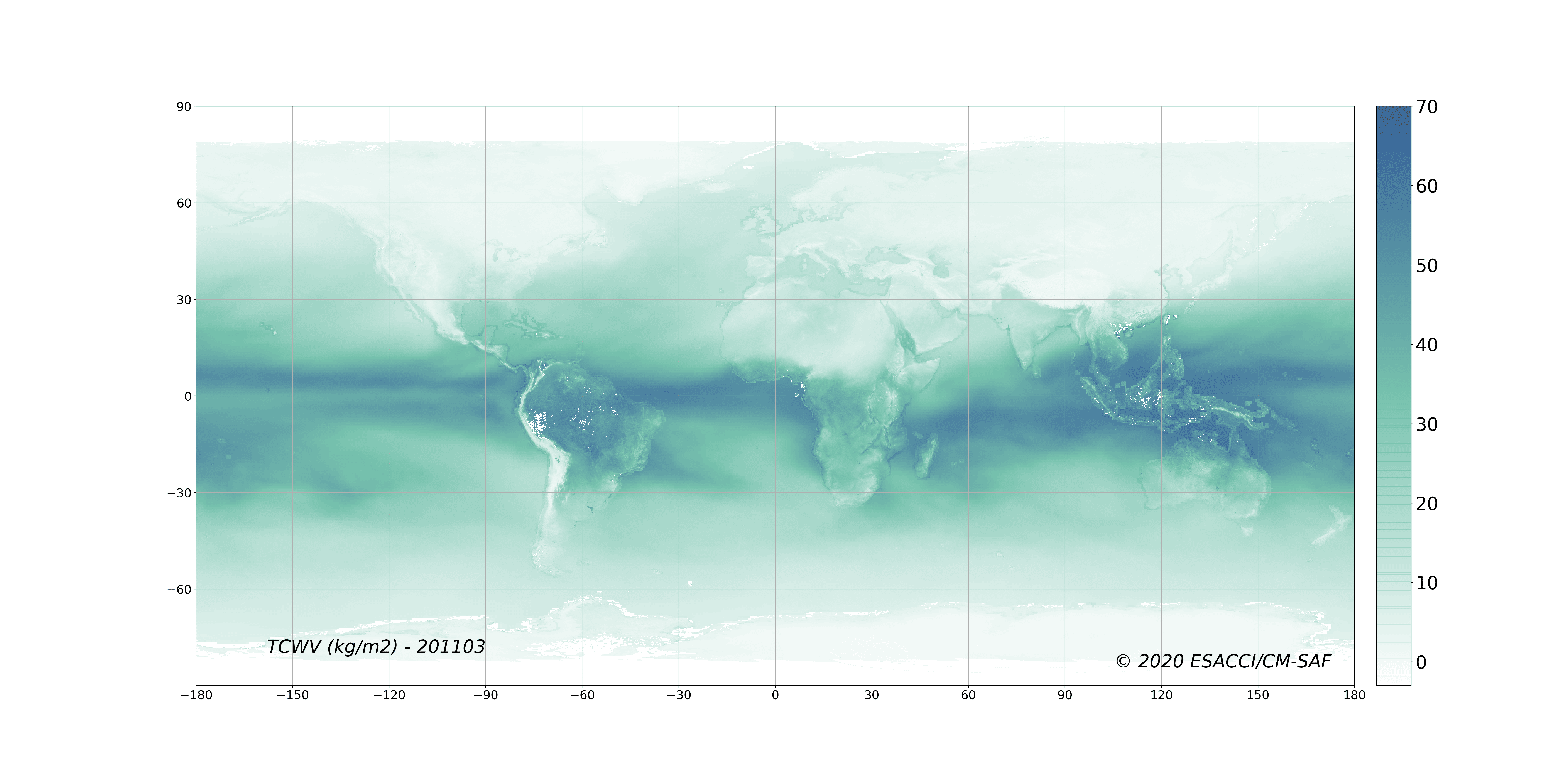 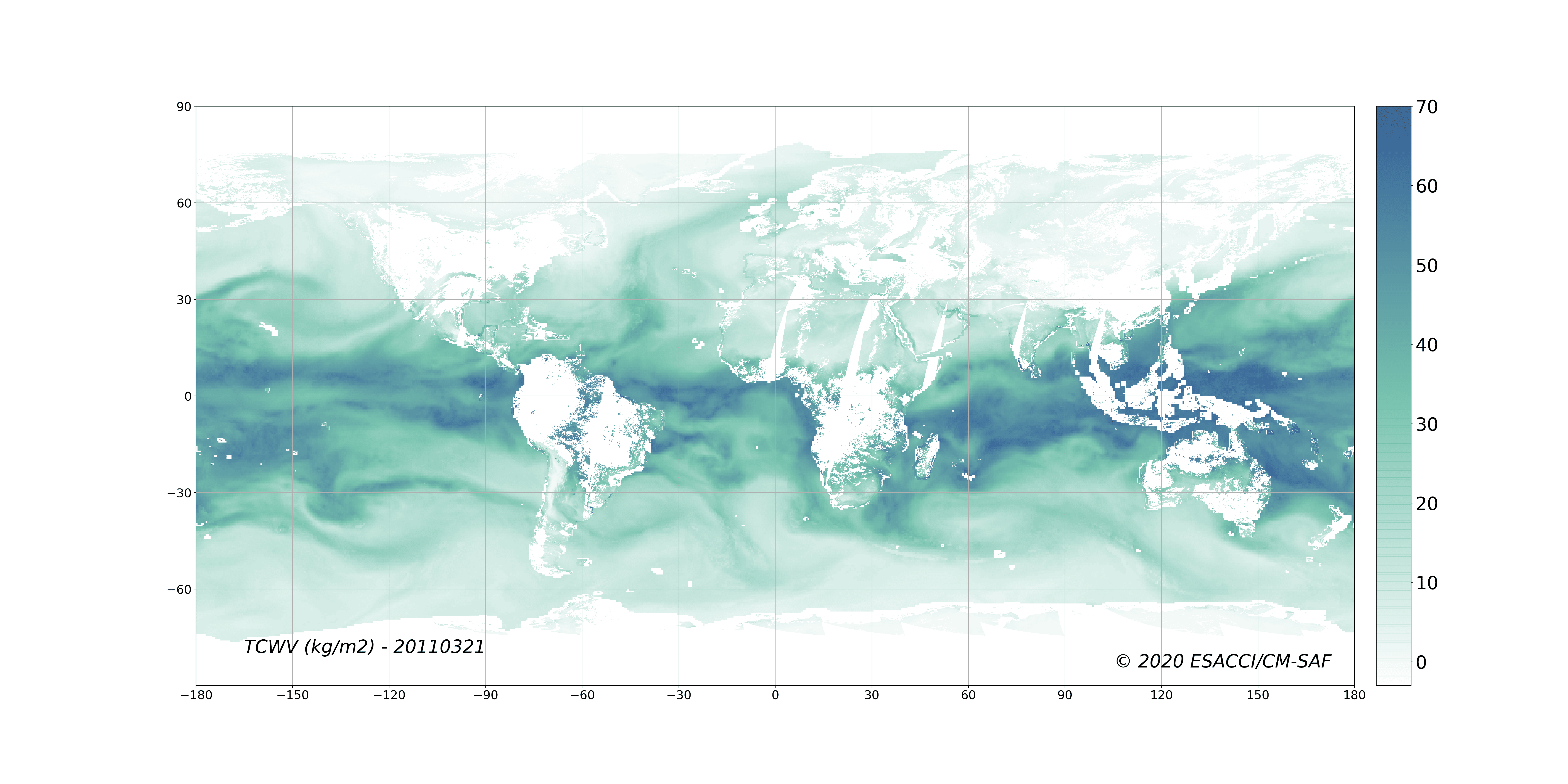