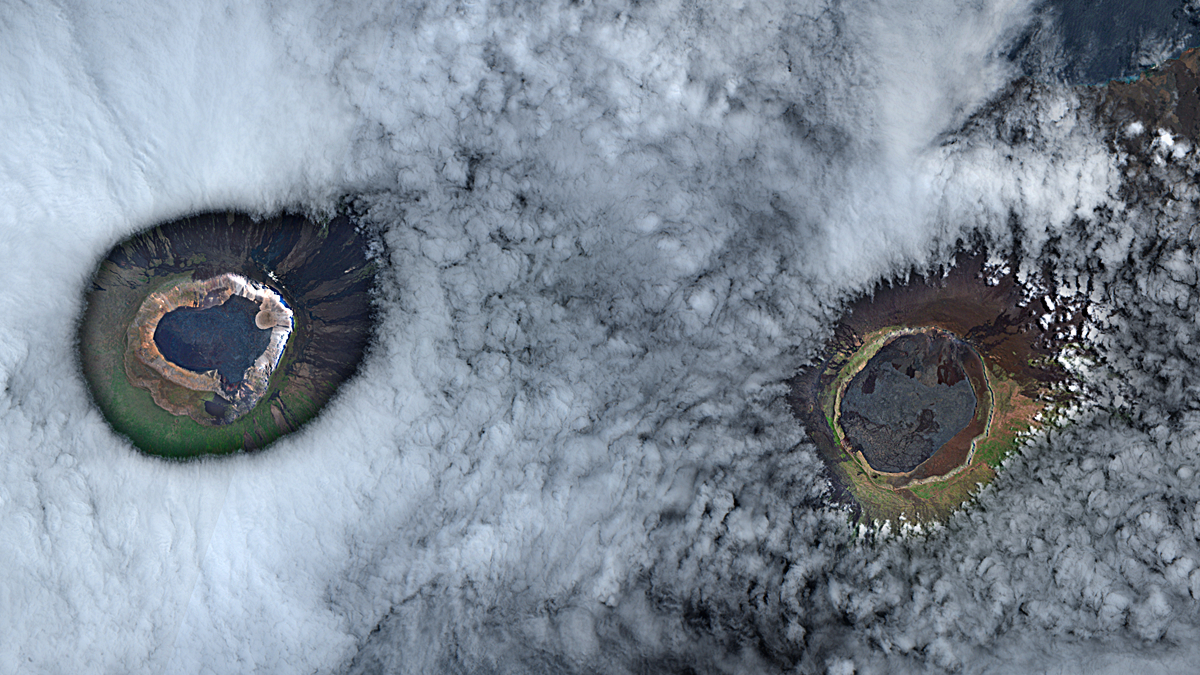 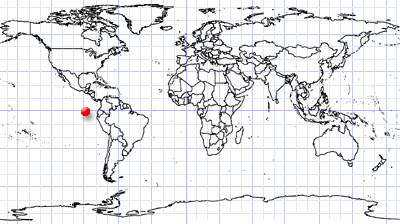 Volcanoes of the Galapagos Archipelago

Like green-grey eyes the volcanic craters and crater lakes pierce the white sea of clouds.

The Galapagos Archipelagos is located about 1,000 km western of the Ecuadorian coast. Its origin is volcanic and many active shield volcanoes cover their islands. They are fed by the presumably 20 million years old Galápagos hotspot located near the Equator on the Nazca Plate. The plume of upwelling magma at the hotspot and the movement of the plate creates volcanoes, which in course of time rise above the water surface and form islands.

Due to their isolated location, a large number of plants and animal species have been able to survive here, most of which are found nowhere else on Earth. Charles Darwin visited the islands in 1835 and later based the development of his theory of evolution on his observations made here.

The satellite image shows the volcanoes of two islands in the Galapagos Archipelago. Three volcanoes are located on the Isla Isabela, the largest island, and one on the Isla Fernandina, the geologically youngest island in the archipelago:

Volcano Wolf (top of the image) is an active shield volcano in the north of the island, located exactly at the equator. With 1,707 m, Wolf Volcano is the highest elevation on Isabela Island and the highest mountain in the entire archipelago. Its caldera is with 700 m the deepest on the Galapagos Islands.

Volcano Darwin (1,330m, centre of the image) is an active shield volcano.

Volcano Alcedo (1,130m, bottom right in the image) is an active shield volcano, its caldera has an active geothermal field.

La Cumbre (1,476m, far left in the image) is an active shield volcano on the youngest island of the archipelago – Isla Fernandina. The volcano is the closest to the plume below the archipelago and is therefore considered to be the most active in the archipelago. 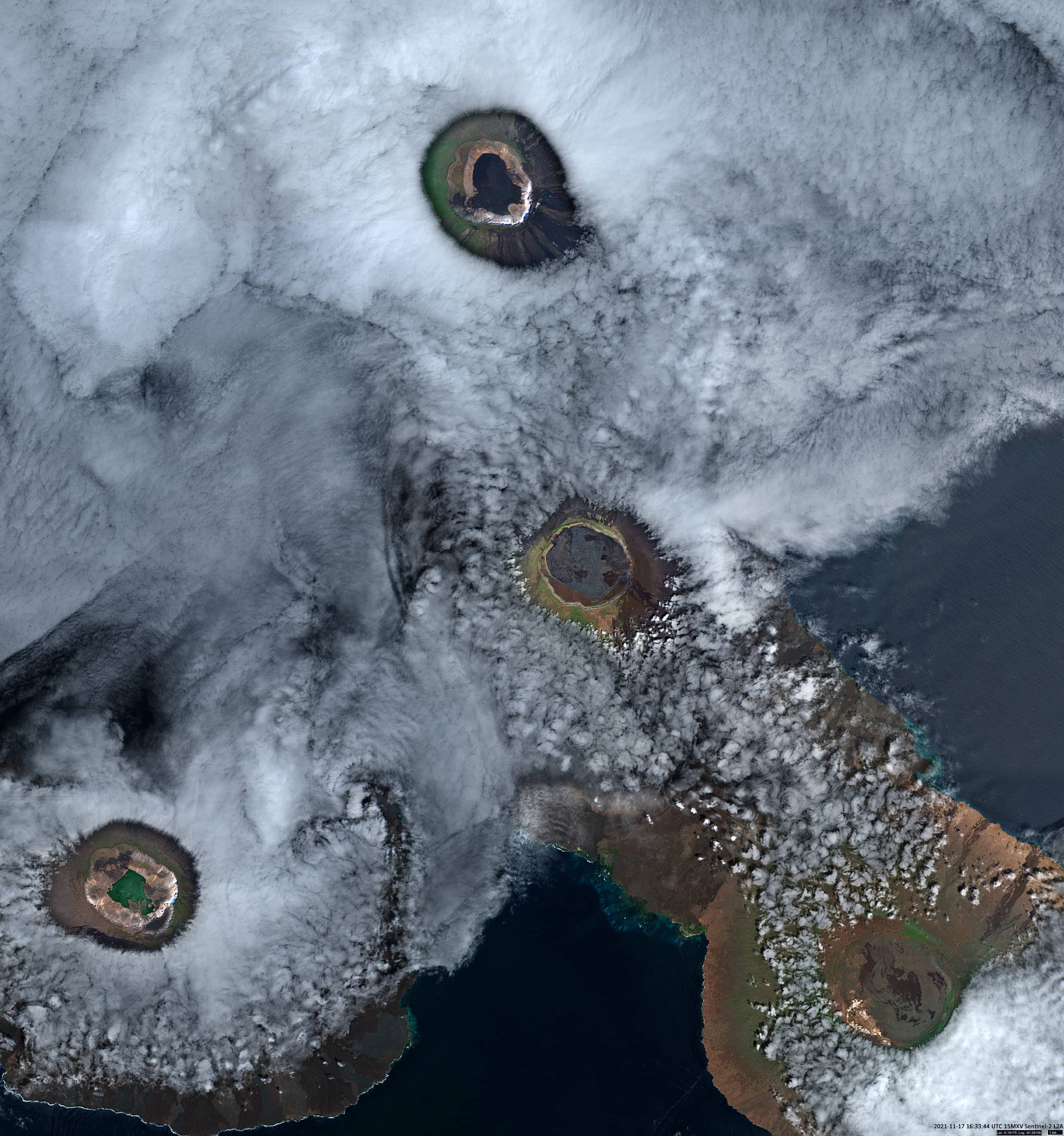 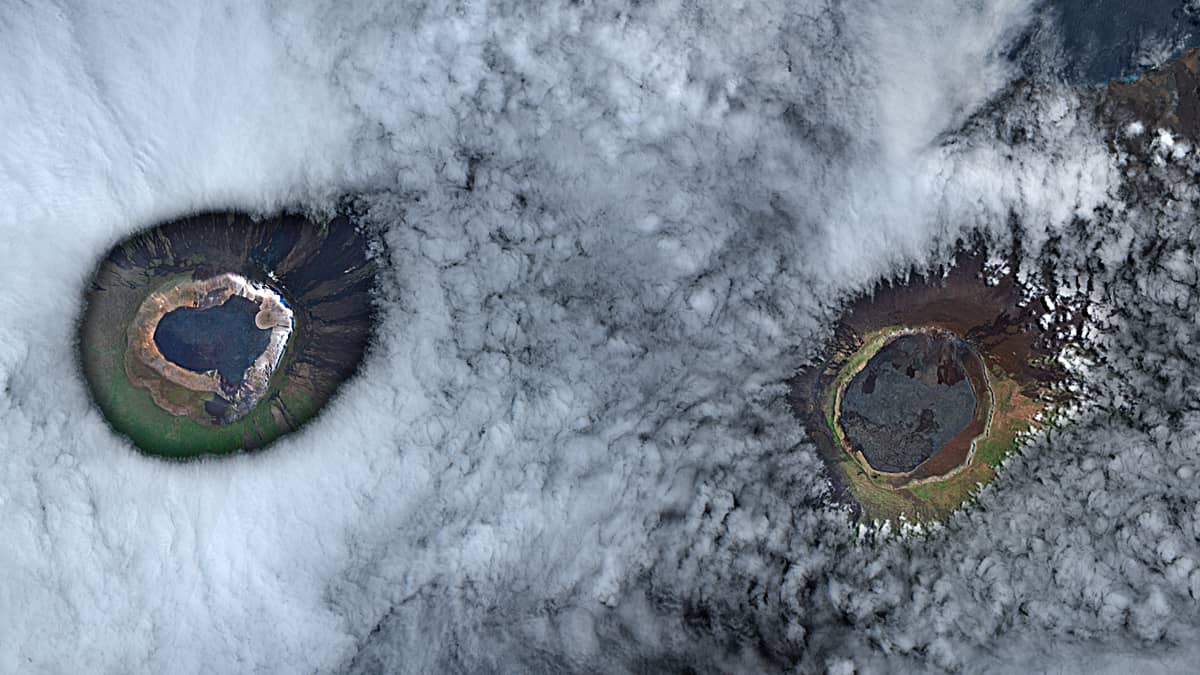 The chain of volcanoes