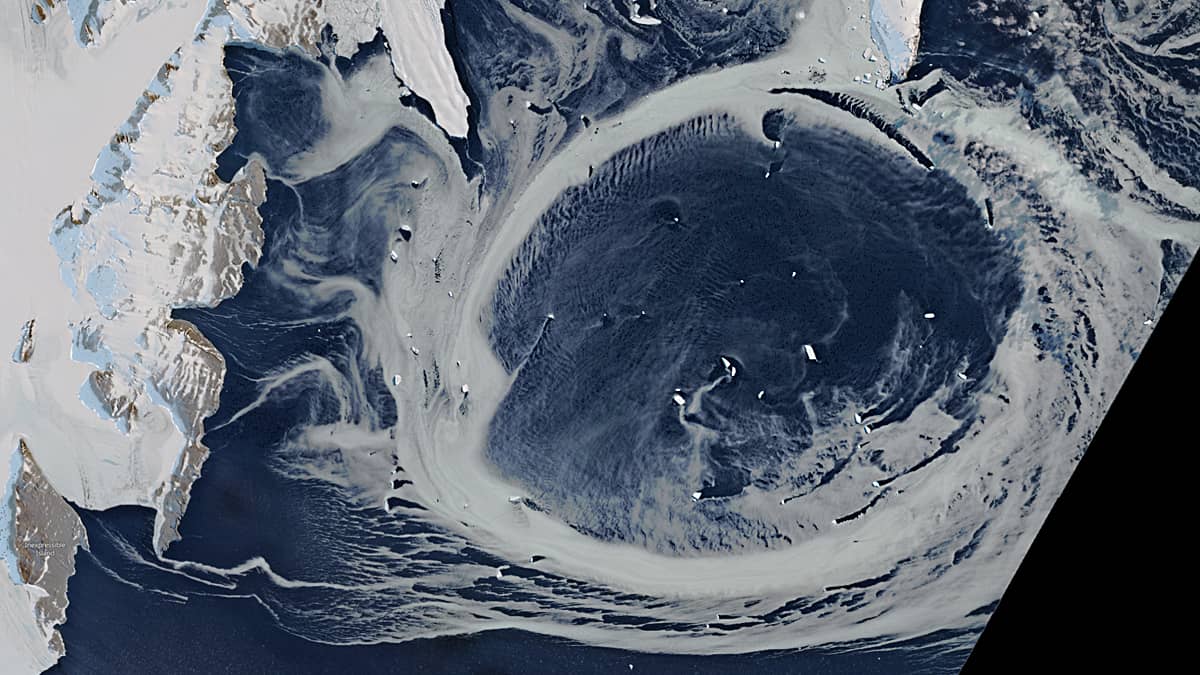 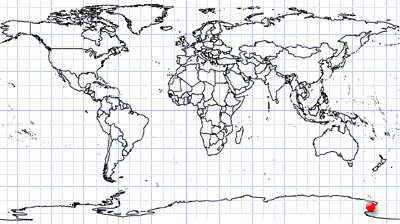 Sentinel-3 and Sentinel-2 images show Terra Nova Bay, which lies to the west of the Ross Sea between the Drygalski Ice Sheet to the south and Cape Washington and Silverfish Bay to the north.
Strong and very cold (katabatic) downdrafts blowing from inside the ice sheet towards the coast caused a cloud free sky above the water surface. A counterclockwise (anticyclonic) movement of the near-surface water layer with the sea ice floating in it can be observed.
In this case, the crystals are probably only a few millimeters in size and the condensed fraction of ice and almost frozen water, which is called “fat ice” because it resembles an oil film on the water.
Small icebergs are also present in composition of ice and water. Their trajectories are shaped by an effect called Ekman drift, in which sea surface currents are created by the transfer of wind energy to seawater.
According to the Ekman model, deeper water layers move at a slower speed than higher ones because friction greatly reduces the energy transferred by the wind. Since icebergs “sit” relatively deep in the water, they rotate at a lower speed than the water surrounding them, which leaves an ice-free shadow space in their “back” area.
In this case, the surface waters flow against each other in the middle of the ice orbital circle. This piles up the sea surface and carries the lower temperature water layers downwards. This process is called downwelling. 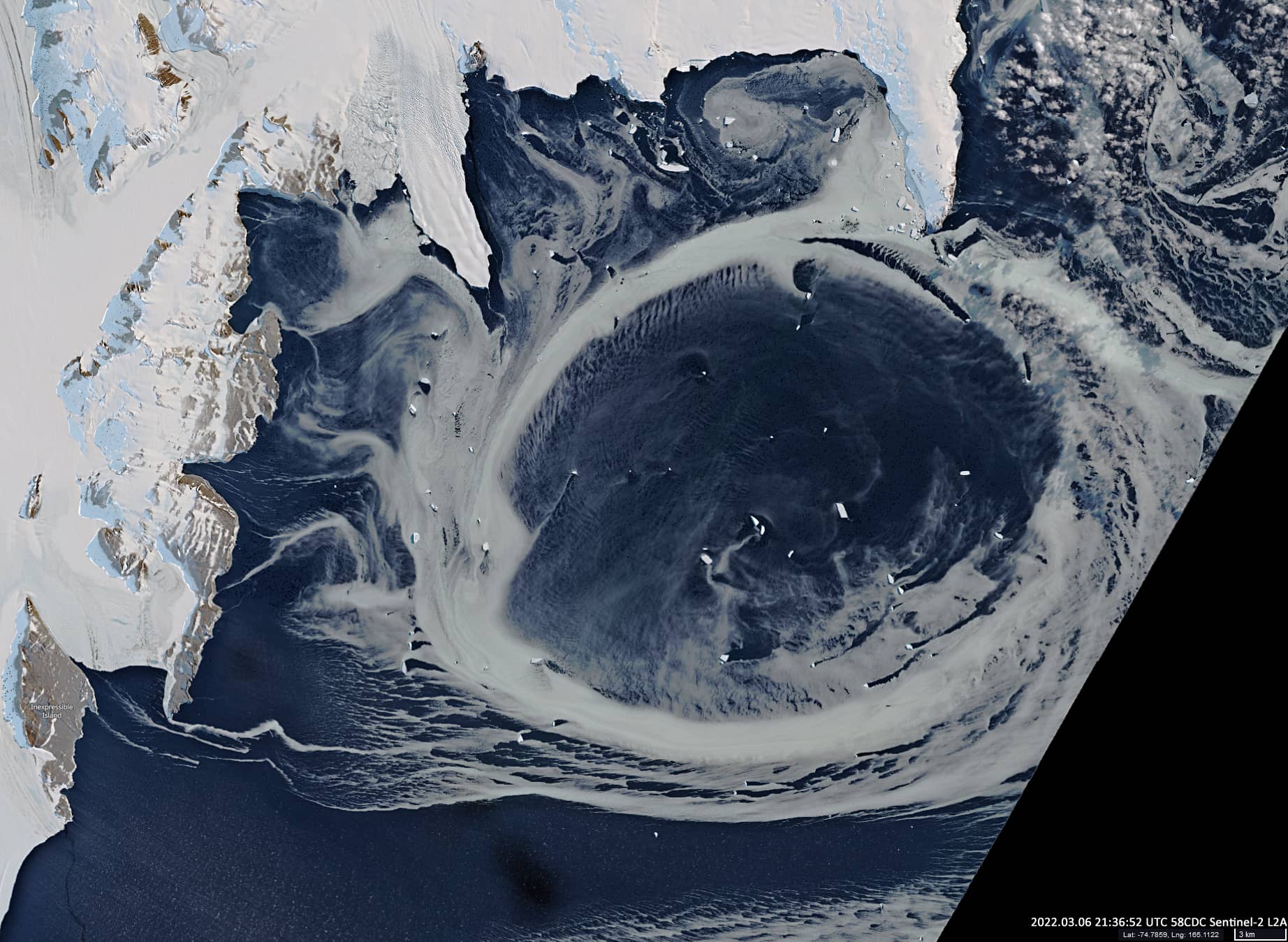 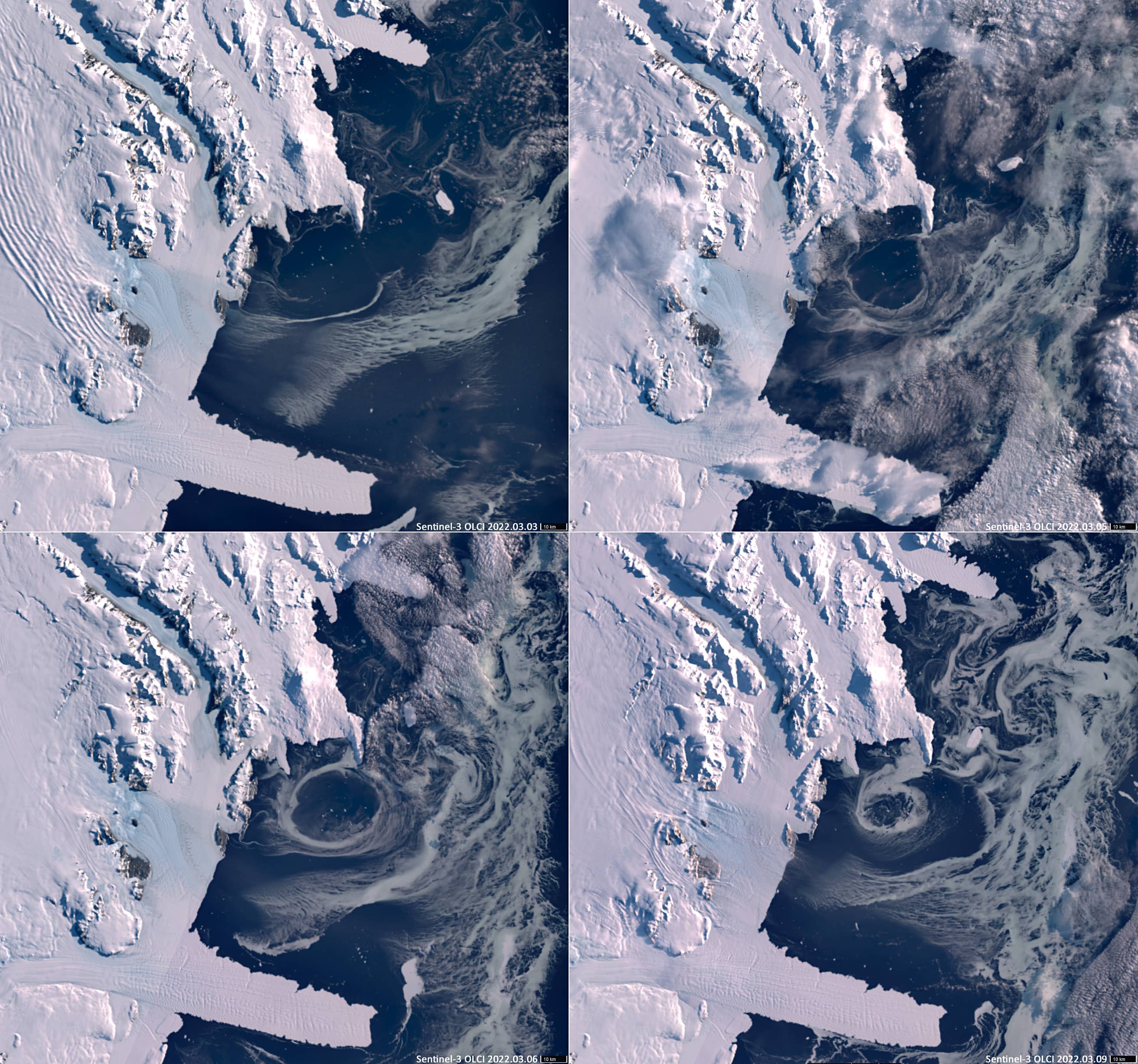