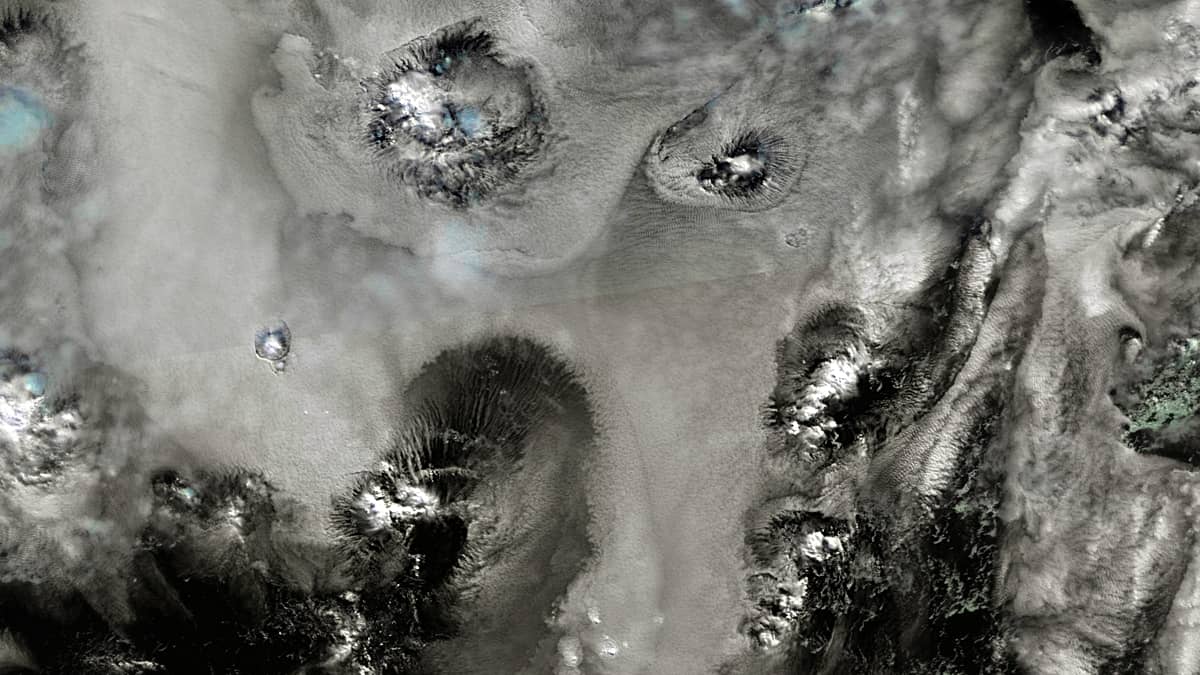 Cloud Structures over the Southern Ocean 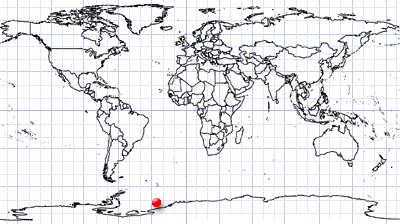 Cloud Structures over the Southern Ocean

Several cloud structures of the same type can be seen in the Sentinel-3 OLCI high-resolution image shown.
Such structures often occur mainly over Antarctic waters free of dense floating ice cover close to the pack ice edge (or coast). They are formed by low (usually up to 2 km) thin-layered cloud fields of stratus and/or stratocumulus clouds, if no strong mesoscale wind prevails. In the Antarctic waters, the occurrence of this performance is not uncommon, but such structures are very rarely observed over the arctic regions of the Northern hemisphere.

The structures look like depressions in a shallow layer of the cloud field; often these depressions have a funnel-like shape in which the wind turns slightly clockwise. In the centre of the depression often  a bright white cloud with high albedo and low temperature is located. This central tangle of high albedo clouds is usually deeper than the surface of the surrounding cloud field.
The origin of such structures is not entirely clear.
The “cavities” have a sharply defined boundary and apparently often quite steep walls. The ribbed surface of these walls indicates that cold air flows down from the cloud top towards the sea surface. Often the bottom of the “cavity” is free of clouds.
The size of the structures varies mainly between ∼15 and ∼85 km, but most are within 20-65 km.

The following images are presented here: 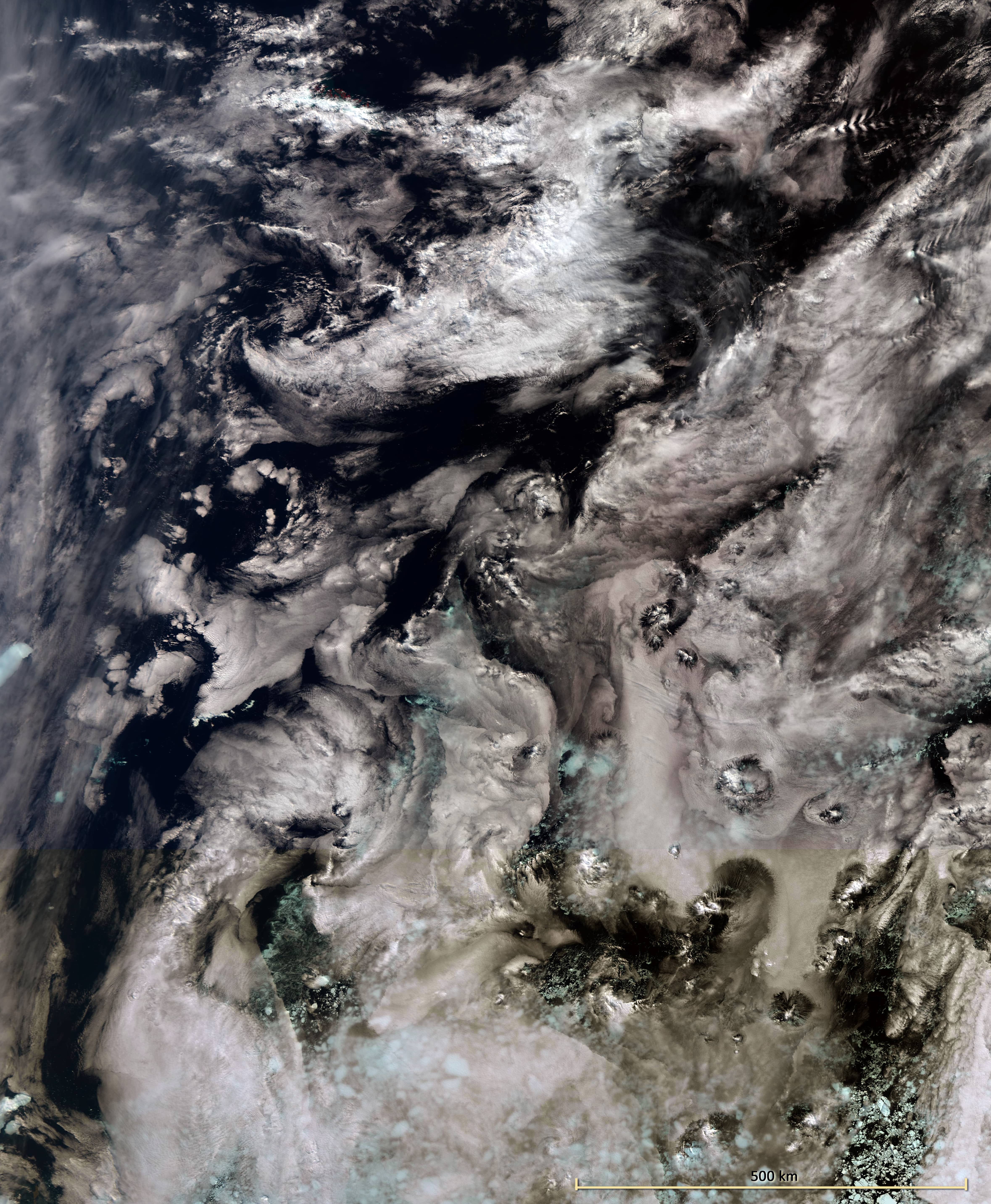 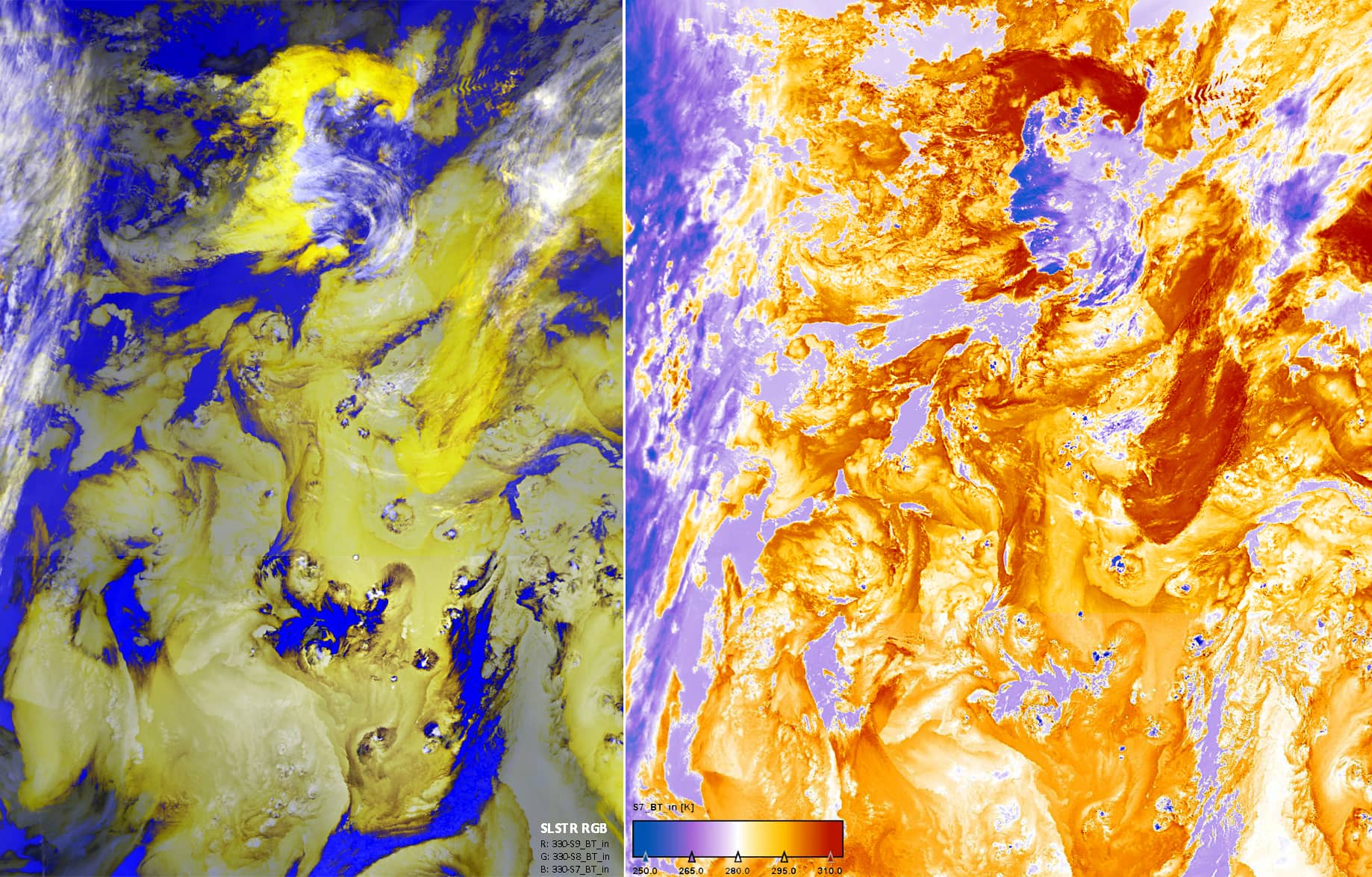 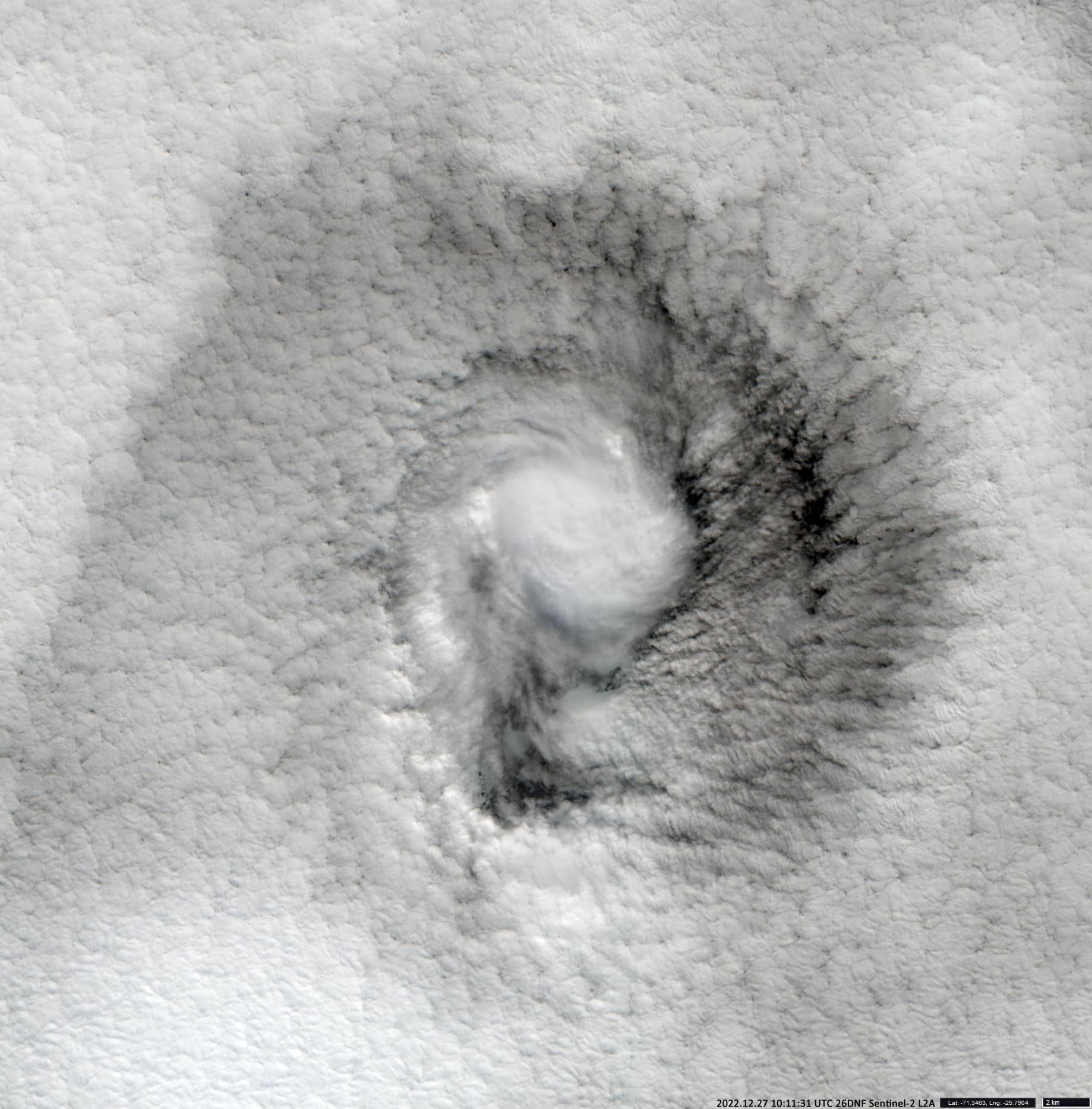